WEEDEATER have announced new European tour dates this July. The Southern smoked band will start inhaling deeply on July 13 at the ‘Stoned From the Underground’ festival in Erfurt (DE) and continue until a final curtain at the ‘Crystal Mountain’ festival in Moos in Passeier (IT). A full list of confirmed dates can be found below.

Dixie Dave comments on the tour: “This is merely the next chapter of the forever and ever endeavor, and we are very much looking forward to visiting Europe again this summer!” 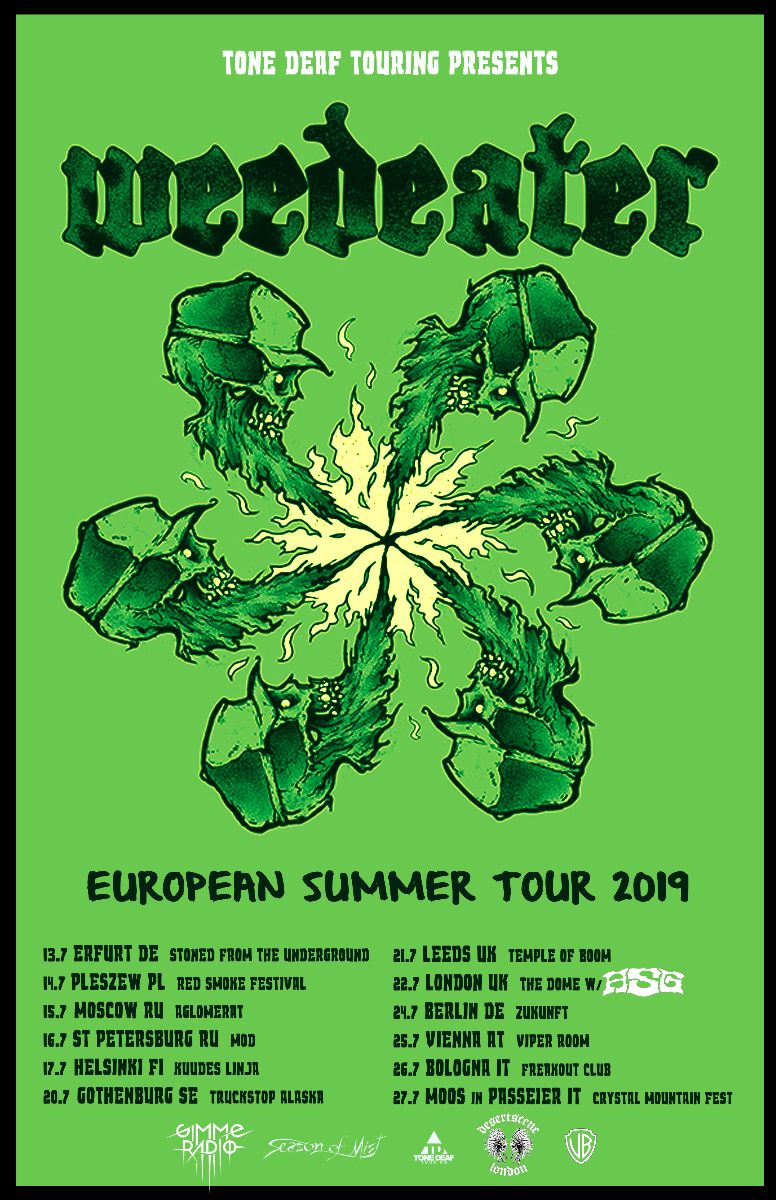 WEEDEATER will steam across Europe in support of their last smoking hot full-length, ‘Goliathan’ (2015), which is still available in various formats from the Season of Mist shop here. ‘Goliathan’ is furthermore streaming in full via the official Season of Mist YouTube channel here!

Artwork and track-list of ‘Goliathan’ can be viewed below. 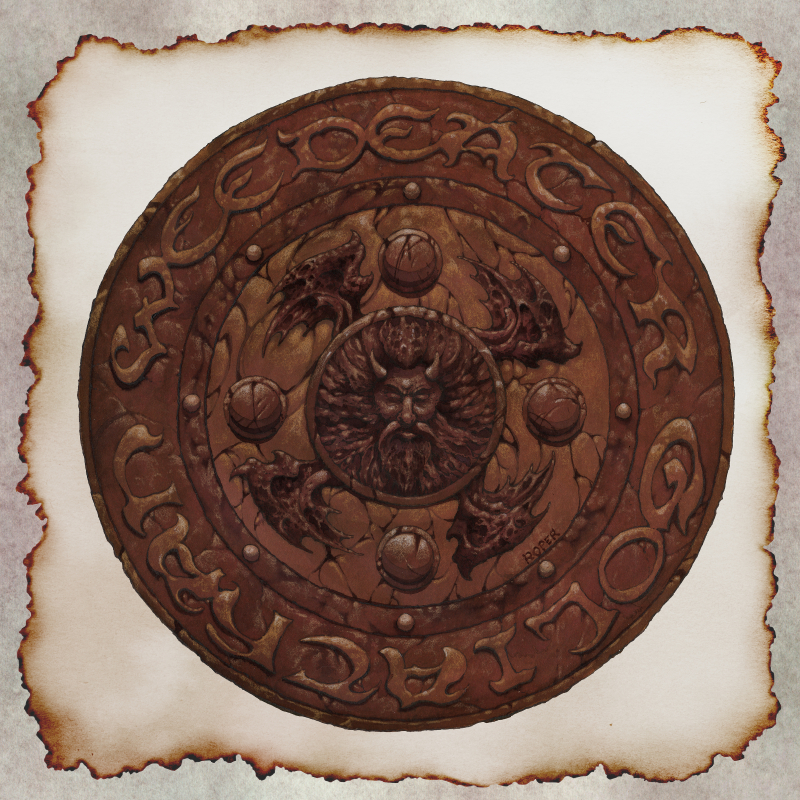 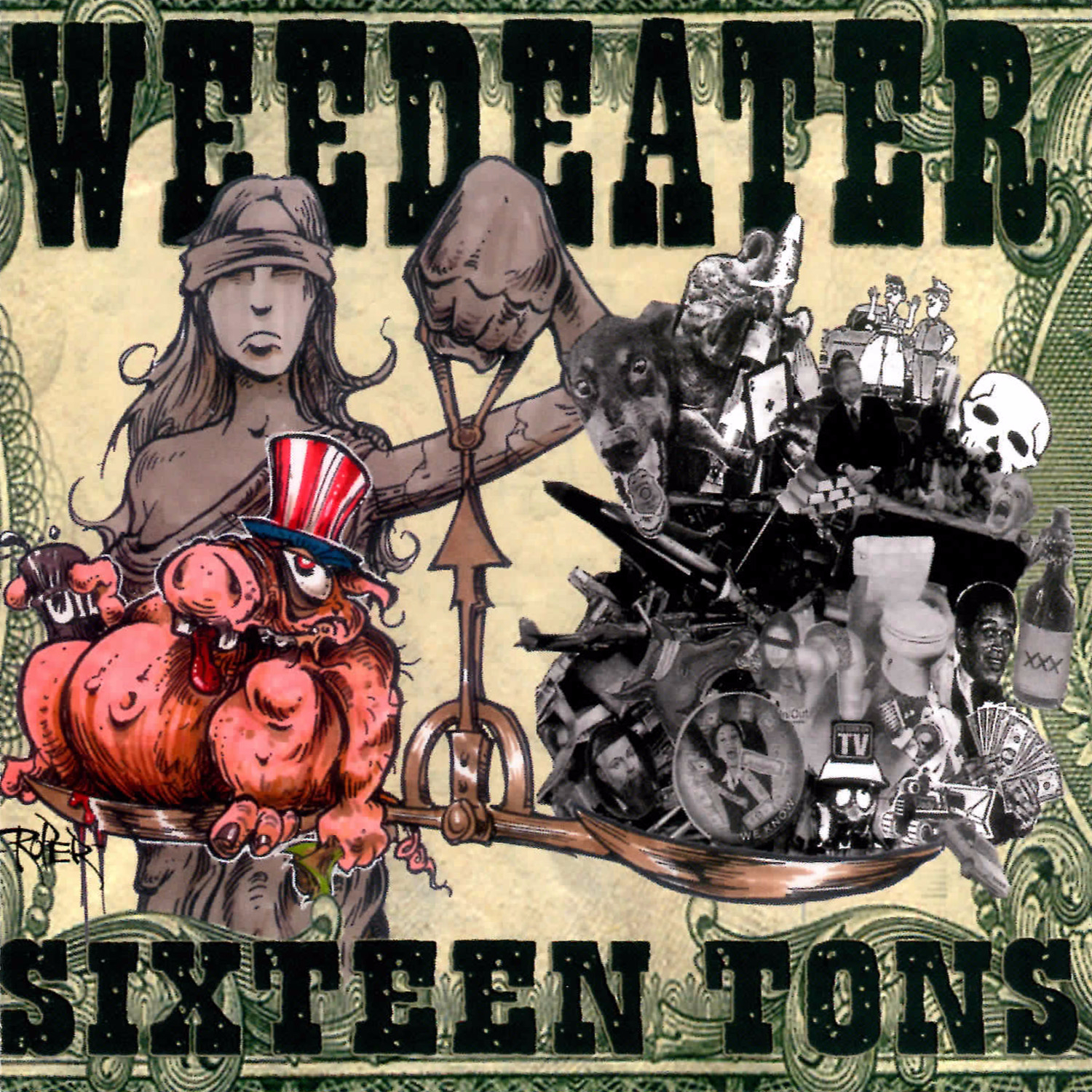 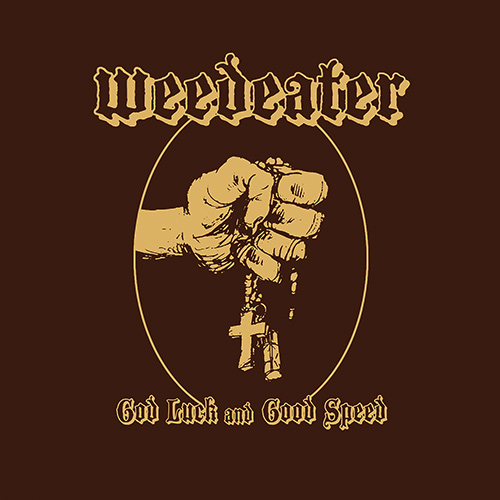 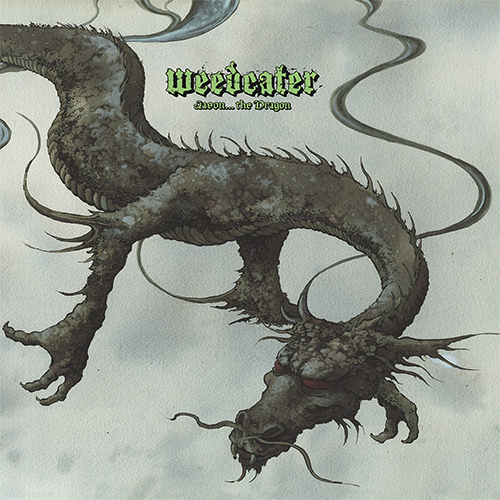 Those infamous sludge outlaws WEEDEATER finally return with their long-awaited fifth full-length ‘Goliathan’. Their new album marks the crossroads where true Southern rock and metal meet raw humour, old religion, as well as weed and whiskey. ‘Goliathan’ embodies the band’s trademark shuffle and swagger at their fullest. Syrupy slow riffs are buoyed by canyon-deep bass and some of the hardest-hitting drumming since Keith Moon. Full-on bruisers such as “Cain Enabler”, “Claw of the Sloth”, and the aptly-named “Bully” demonstrate that ‘Goliathan’ is delivering a vintage WEEDEATER and the soon-to-be gold standard of Southern sludge metal. At its founding, the band rose like a doobie phoenix out of the ashes of BUZZOV•EN. When the cult sludge act called it a day, bass player Dave “Dixie” Collins teamed up with guitarist Dave “Shep” Shepherd and founded WEEDEATER in the harbor town of Wilmington about the year 1998. Their crushing and massive first full-length ‘…and Justice for Y’all’ (2001) created an immediate buzz, while critics were struggling to put a tag on their sound. Nearly everybody agreed that stoner rock, doom, sludge and some crusty elements were part of the mix, which the band simply calls “weed metal”. The debut was produced by renowned engineer Billy Anderson (EYEHATEGOD, NEUROSIS) as well as sophomore album ‘Sixteen Tons’ (2002). WEEDEATER went out to perform live with CORROSION OF CONFORMITY and ALABAMA THUNDERPUSSY among others. After some detours of Dixie Dave, who played shortly with BONGZILLA and SOURVEIN, third album ‘God Luck and Good Speed’ hit the world in 2007 and shifted the band’s focus slightly towards the stoner side. The latest full-length ‘Jason… the Dragon’ got delayed when vocalist “Dixie” Dave lost a toe due to an incident with his favourite shotgun. When the sludge driven album finally came out in 2011, shows in the US and Europe cemented the band’s reputation as a fierce live entity. After signing to Season of Mist, WEEDEATER reissued their full back-catalogue on their new label. Yet the Bible Belt state of North Carolina, USA remains a fertile ground for hemp and stoner rock. ‘Goliathan’ makes the South smoke again. Lean back and let this monster record blow your mind! 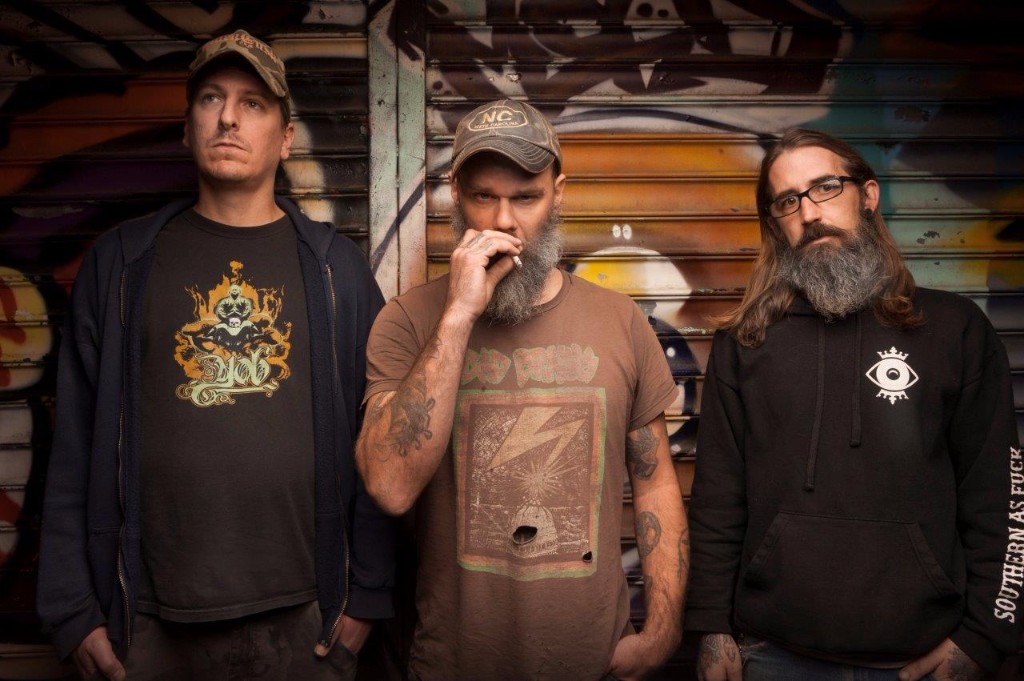 GREENLEAF – Stream Upcoming Album „Rise Above The Meadow“ In Full!

Swedish Retro-Stoner Veterans GREENLEAF return, upping their game with timeless new album Rise Above The Meadow. Greenleaf have been invading your dreams for well over a decade, and now know exactly what you need – [Read »]