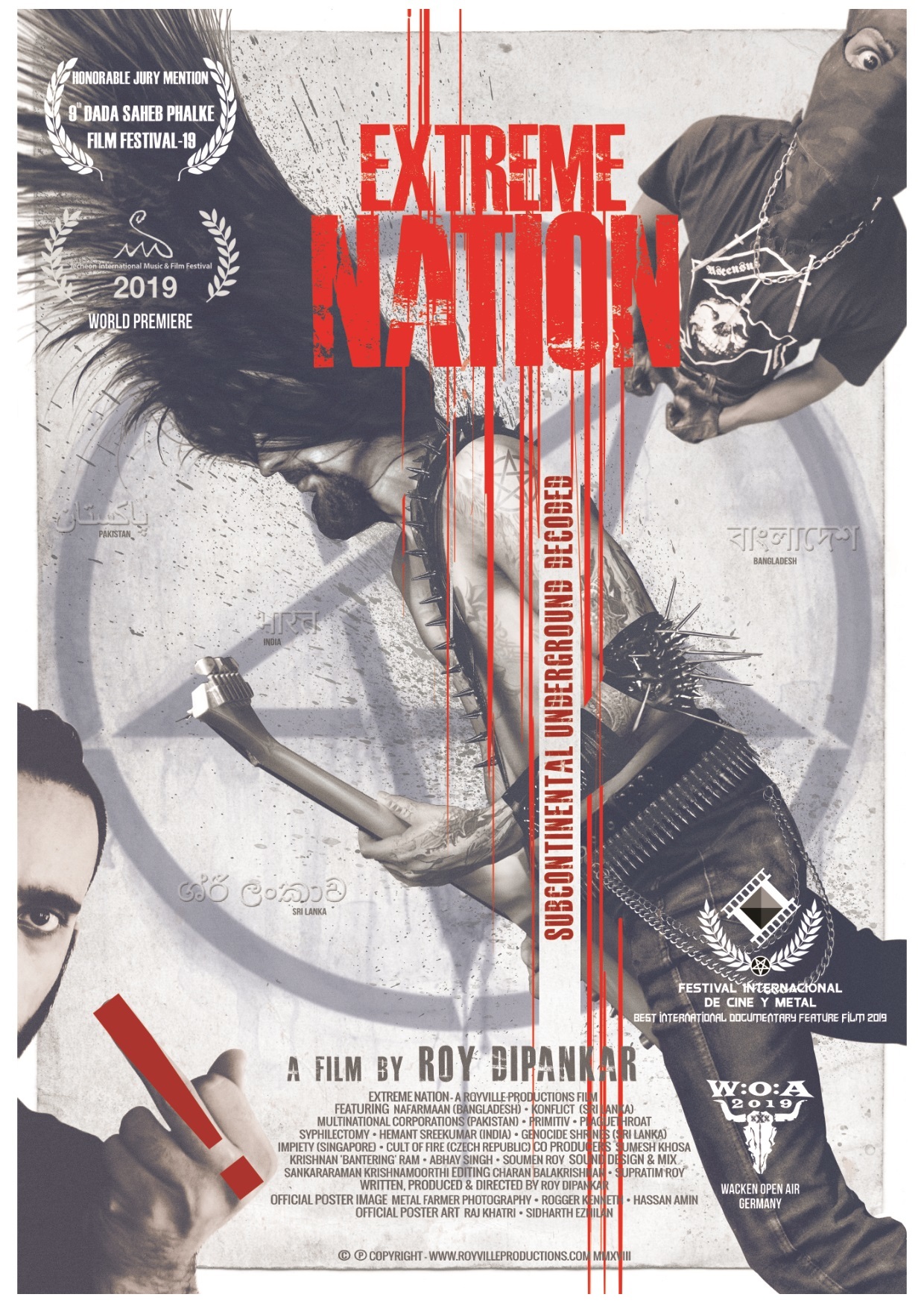 Chennai based subculturalist, filmmaker Roy Dipankar’s Extreme Nation is a documentary film about the underground extreme music and socio-political conditions in India, Pakistan, Bangladesh and Sri Lanka. This film unearths a facet of South Asian music culture which is quite different from the Americas and European countries or in the Far East.

“It took me five years of traveling across the Indian subcontinent documenting intricate stories of the underground music subculture spanning India, Pakistan, Bangladesh and Sri Lanka – past conjoint history and the present. It explores many dimensions of extreme music which is not just limited to metal but also discovers noise, power electronics entwined with the occult and political ideology,” informs Roy.