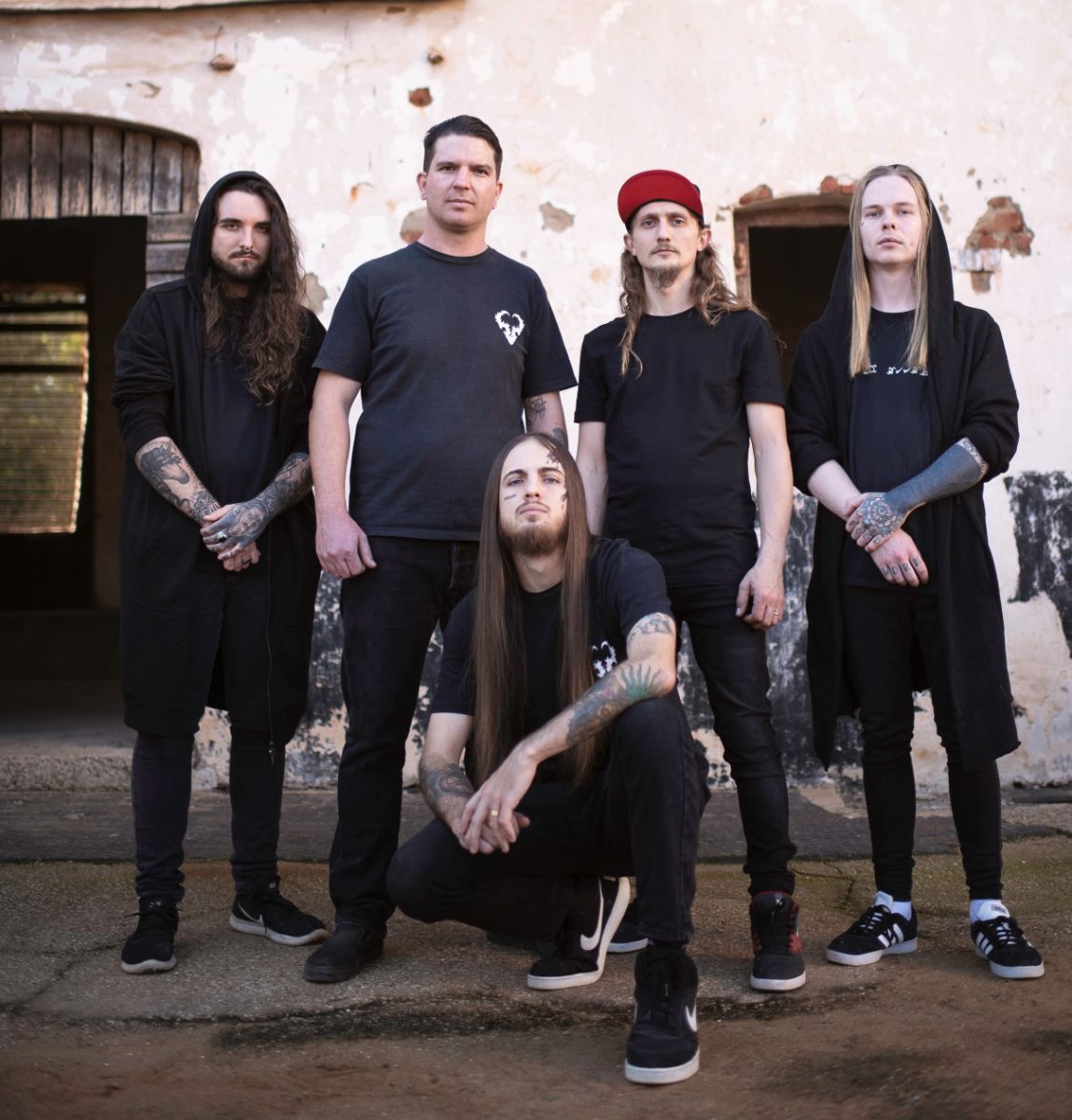 “Poverty brings forth our darkest perversions, a starving belly leads to a starving mind.” These are the opening lyrics to ‘Famine’, a song that focuses on all the poverty in South Africa and around the world. These are the horrific things unfortunate people will resort to in order to survive.”

“We had an amazing time with Fred “The Image Engineer” shooting this video! We hope our fans think as cool as we do! It’s all about the poverty we have back home in South Africa and the desperate horrific measures people go to for money”

Watch the video for Famine

Mob Justice released on the 30th June 2019 on Lacerated Enemy Records and all digital platforms.
Order the album here 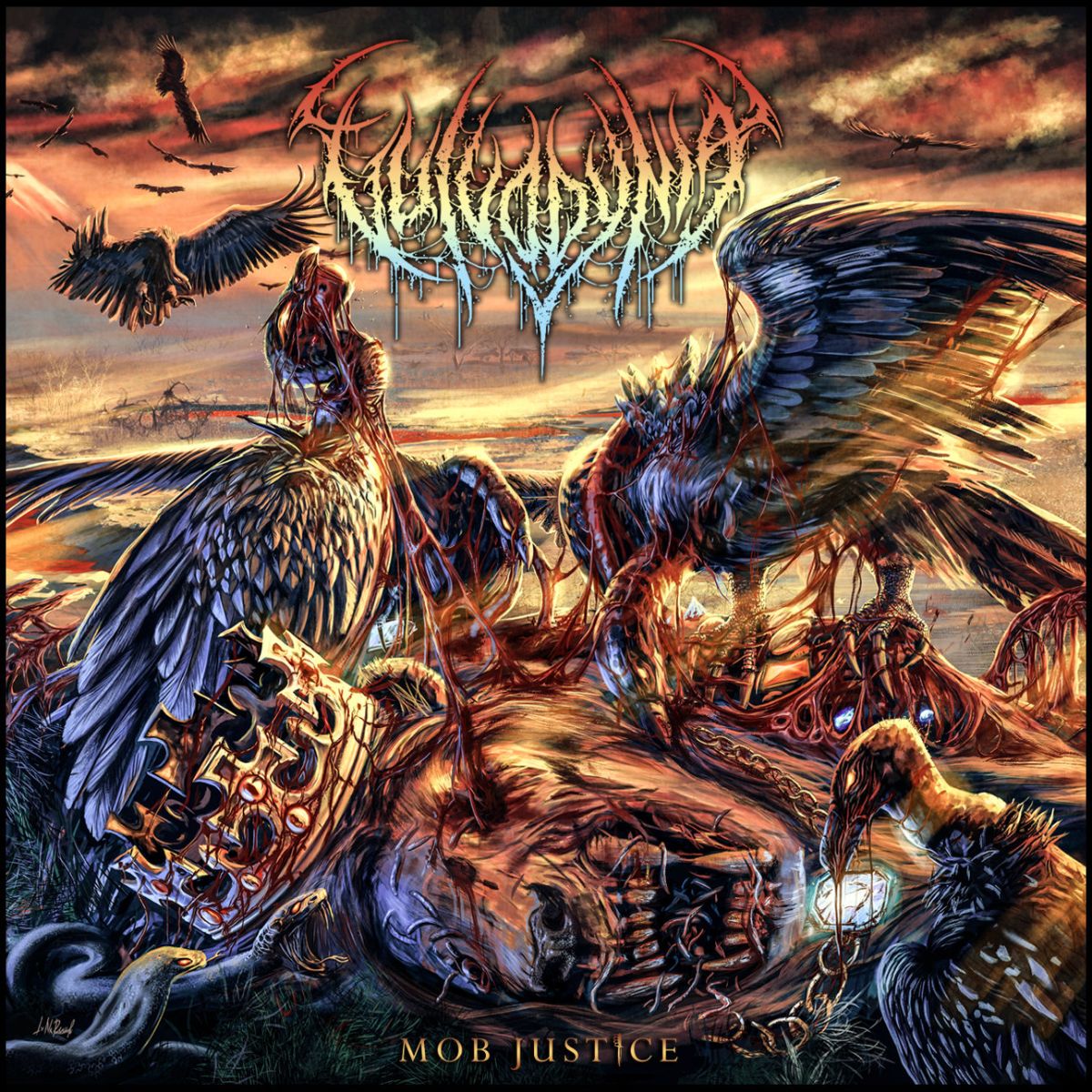 “Looking in a medical textbook will tell you the following: Vulvodynia is a chronic, severe vaginal pain with no identifiable cause. While the severe part is dead on, what a medical textbook won’t tell you is that Vulvodynia is also the pioneer in what is rapidly becoming South Africa’s most eviscerating export. Slamming Brutal Death Metal. With lobotomizing, lurid riffs, skin-shredding blast beats and slams gruesome and filthy enough to induce septic shock, Vulvodynia are a lethal plague, spreading throughout the flesh of today’s heavy music scene—infecting one set of ears at a time, and leaving no survivors.

Spawned in 2014 by Vocalist Duncan Bentley and Guitarist Luke Haarhoff, Vulvodynia is a South African slam juggernaut designed with one purpose: to make the craziest, most absurdly heavy music possible, while attempting to define themselves as more than just “another slam band.” If their mission was over-the-top heaviness, then consider it accomplished—from their debut release, Lord of Plagues, Vulvodynia’s penchant for skull-splitting technicality and eviscerating heaviness has been obvious. Rapidly gaining popularity and recognition for their prodigal slam prowess, Lord of Plagues saw the band reach ears not just in their local scene, but around the world as well. As the band’s popularity grew, their sound matured, drawing more from a greater array of influences and improving their musicianship and dynamic.
In August 2014 the band signed a two-album contract with Australian Label ‘Vicious Instinct Records’ and added producer Byron Dunwoody in as second guitarist, in October of 2014, the band released their debut full-length album, Cognizant Castigation. Featuring Acrania’s Luke Griffin and Ingested’s Jason Evans (among many others).

If 2014 was the year the band finally grew into their potential, 2015 was the year they shattered their own mould, evolving into an even more aggressive and creative display of no-holds-barred heaviness. The band released a lengthy-but-lurid eight track EP titled Finis Omnium Ignoratium, completing their contact with Vicious Instinct Records. No longer satisfied with their status as a terrifying trio, the band sought to expand—searching South Africa for more like-minded musicians willing to bring forth brutality. Vulvodynia’s search was not in vain.

Since then there has been a couple of line-up changes but the current is as follows: Drummer Thomas Hughes (Fuzigish), Guitarist Kris Xenopoulos (Technopath), Bassist Chris Van Der Walt (Boargazm), Guitarist Luke Haaroff and Vocalist Duncan Bentley. With a full-fledged line-up confirmed, the band made their first moves with a signing to the legendary Czech-based label Lacerated Enemy Records. After signing to LE Records the band released their third studio album ‘Psychosadistic Design’ along with their debut music video for the song ‘Flesh Tailor’, The band then embarked on their first EU Tour in 2017 and went abroad twice more for Deathfeast Open Air (DE) & Fall In The Brawl (UK).

In 2018 The band embarked on another successful tour across Europe with Despised Icon, Malevolence & Archspire, a trip to Obscene Extreme Festival (CZ) and another Headline Tour to the EU. 2019 Nearly three years after the release of Psychosadistic design the band is finally finishing off a new offering, have more euro tours planned and finally a tour to United States  — proof that there is no way to predict just how far or how fast Vulvodynia’s sinister infection will spread.”