Season of Mist is proud to announce the signing of new school black metal formation MORA PROKAZA. The Belarusian duo are currently in studio writing their brand new album which  will be released in 2020 via Season of Mist.

“We came here to continue making our music with new powers. Nothing is more important than the continuation of the creation of powerful compositions. Now, with Season of Mist, we are opening a new chapter in our works. Our main joint task is not to betray art and show that in the modern world we all can hear the new black metal and new forms of metal music. “

Not familiar with the work of MORA PROKAZA? You can find the somewhat unnerving latest music video for ‘Blacker than Black’ here! 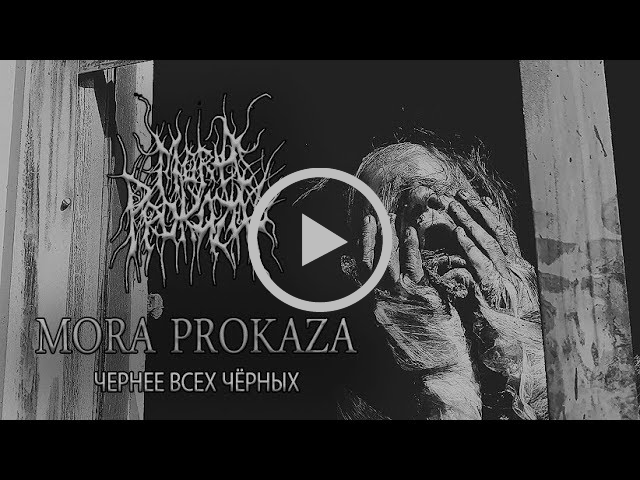 The band with the cunning name MORA PROKAZA was formed back in 2013 by Farmakon (guitars, vocals) and Isvind (drums). Both musicians have a long-term experience of playing many local Belorussian extreme metal bands. The material for the first release “Bringer of Plague” was quickly composed and released in early 2015 and with that, MORA PROKAZA shared Russian stages with bands such as HELL SPIRIT, SUSPERIA, DARKEND, CLAYMORDS, MORIBUND OBLIVION and many others.

In the winter of 2015, two weeks after the release of “Bringer of Plague” (2015), the band supports INQUISITION in St. Petersburg. At the end of April 2015, Isvind leaves MORA PROKAZA and furious drummer Hatestorm joins the band commencing the recording of new material. With the addition of Hatestorm, MORA PROKAZA open up new opportunities and the band change their composing approach and sound concept. In May 2015 the musicians present their brand-new EP “My Awakening” shorty followed by a new full-length “Dark Universe” (2016).

Now with Season of Mist by their side, MORA PROKAZA will introduce you to something new. The Russians are exploring brand new musical territories which are promised to be “Blacker than Black”!