Today, on July 12th, 2019, VISIONATICA’s brand new Symphonic Metal album “Enigma Fire” has been released by Frontiers Music Srl. With the already released three singles along with music and lyric videos, such as the mystical “The Pharaoh”, the encouraging “Fear” and the heroic female epic of antiquity “Roxana The Great”, VISIONATICA have aroused interest in their new masterpiece. The four musicians leave nothing to chance and continue their clear musical vision purposefully. Together with their experienced team consisting of Timon Seidl, who did the recordings in the Red Audio Studio, and Olaf Reitmeier (Avantasia, Kamelot, Oversense) of the Gate Studio, who was again responsible for mixing and mastering, the new album proves that VISIONATICA are not simply resting on their laurels. Bombastic orchestral arrangements paired with the usual hard guitars, in combination with new oriental elements and Balkan influences, create a vast variety during the nine songs. Not only for fans of bands such as Within Temptation, Nightwish, Delain or Xandria, this band is highly recommended!

The German band around front lady Tamara Amedov, guitarist Manuel Buhl, bass player Tim Zahn and drummer Gerhard Spanner recently released the lyric video for their third single “Roxana The Great”, which takes us on a journey into the world of ancient Macedonia. With the dramatic lyric video they continued their cooperation with video artist Andy Pilkington (Orden Ogan, Saxon, Rhapsody Of Fire) of Very Metal Art, who had already captured “Fear”) into epic and exciting image sequences. The first single “The Pharaoh” deals with the secrets of ancient astronauts in relation to old Egyptian relics as well as the mystery about the origin of life and finds its action-packed staging in the music video produced by Johannes Zenk, Sebastian Herbst and Dominik Lang (Equilibrium, Nothgard).

With their first video single “She Wolf” from their debut album “Force Of Luna”, which was released through Dr. Music Records, VISIONATICA has achieved a real hit, which is still heard umpteen times on Spotify as well as YouTube. Altogether, the top 10 songs now reach over 1,5 million plays at Spotify alone! The fanbase is not just limited to Europe, there are also numerous fans in North and South America, who celebrate Tamara’s outstanding voice as well as her remarkable band. That they continue to ride the wave of success with “Enigma Fire” is shown not least by the great reactions from all over the world. All three new singles made it onto the official playlists of the major streaming providers Spotify (New Metal Tracks, Schwer & Laut) and Apple Music (Breaking Hard Rock). Furthermore, there are interviews in international Rock and Metal magazines such as Classic Rock Italy, PowerPlay UK, Rock It!, Orkus or Sonic Seducer and especially the positive feedback of their fans on the new singles let expect great things. The music press is already loudly celebrating the songs on “Enigma Fire”:

• Orkus: With nine strong tracks “Enigma Fire” is able to ignite fervent enthusiasm.
• Rock It!: VISIONATICA manage to create melodies that quickly stuck in the head. […] The proper production, in combination with the clear voice of vocalist Tamara Amedov, rounds off this album perfectly.
• SLAM: “Enigma Fire” has become an incredibly versatile album, which not only shows what is possible in Symphonic Metal, but also more than confirms the quality of the debut.
• Break Out: The album has a healthy balance between energetic power and calm parts with beautiful melodies. Again and again, oriental Balkan influences can be heard, which give the songs an extra spice. […] Often it feels like being relocated into a fantasy world through bombastic instrumental symphonic passages, which would fit perfectly into a historical film about antique oriental events. Strong record of the German band.
• EMP: Fans of Epica, Delain or Xandria get their money’s worth here – also because the musicians bring some truly independent ideas and surprises into their sound. […] With this album the German band will take the next big step.
• MyRevelations.com: […] more exciting than most of the similar sounding competitors.
• LoudAndProud.it: “Enigma Fire” […] dimostra che i VISIONATICA hanno personalità, buone possibilità di crescita e, cosa importantissima, il sostegno dei fans.

Get ready for a breathtaking sound journey. The new VISIONATICA masterpiece “Enigma Fire” is now available at the following shops:

This week the video interview of Grasser Production with Tamara Amedov has also been released on the YouTube band channel. The singer gives here personal insights into the production process of the second album and reveals why it was important for her to bring her Macedonian origins into the music and what the fans can expect of VISIONATICA and “Enigma Fire”. Now see what Tamara has to say. Maybe you have more questions for Tamara and the band? Then write a comment under the clip, which you can find here: https://youtu.be/vzbaOZQNCQg

For more information and upcoming concert dates of the up and coming German Female Fronted Symphonic Metal band go on a discovery tour on www.visionatica.de or www.facebook.com/visionatica and follow the news on our website www.dr-music-management.de. 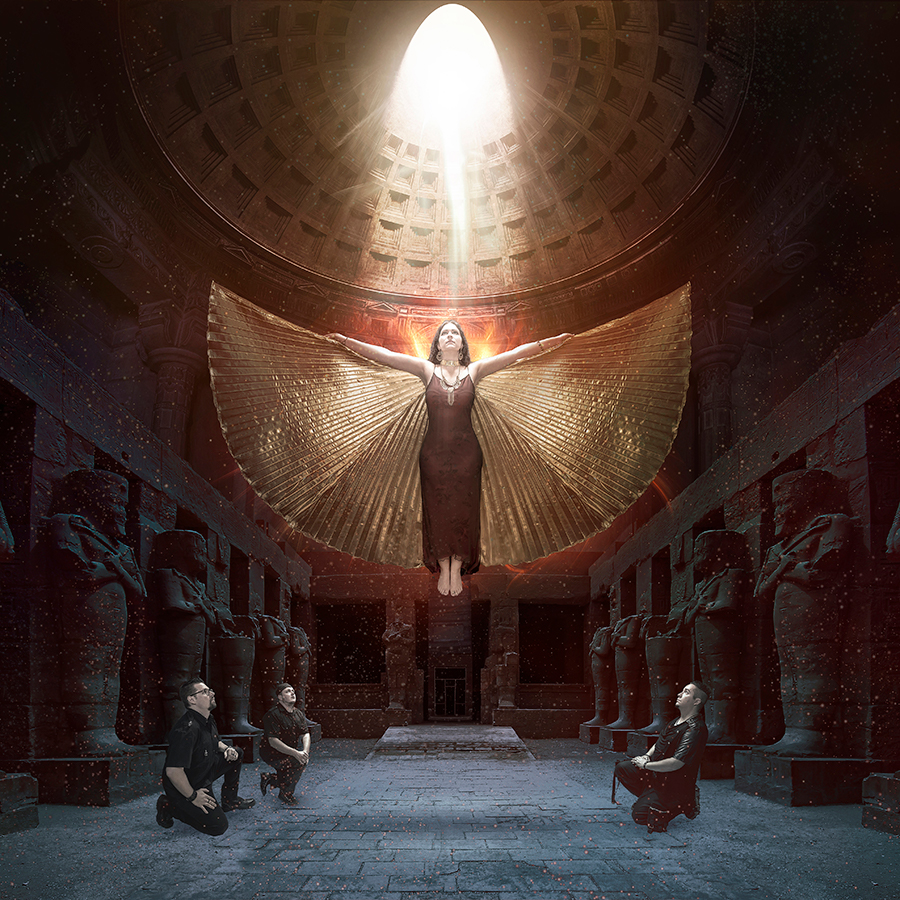