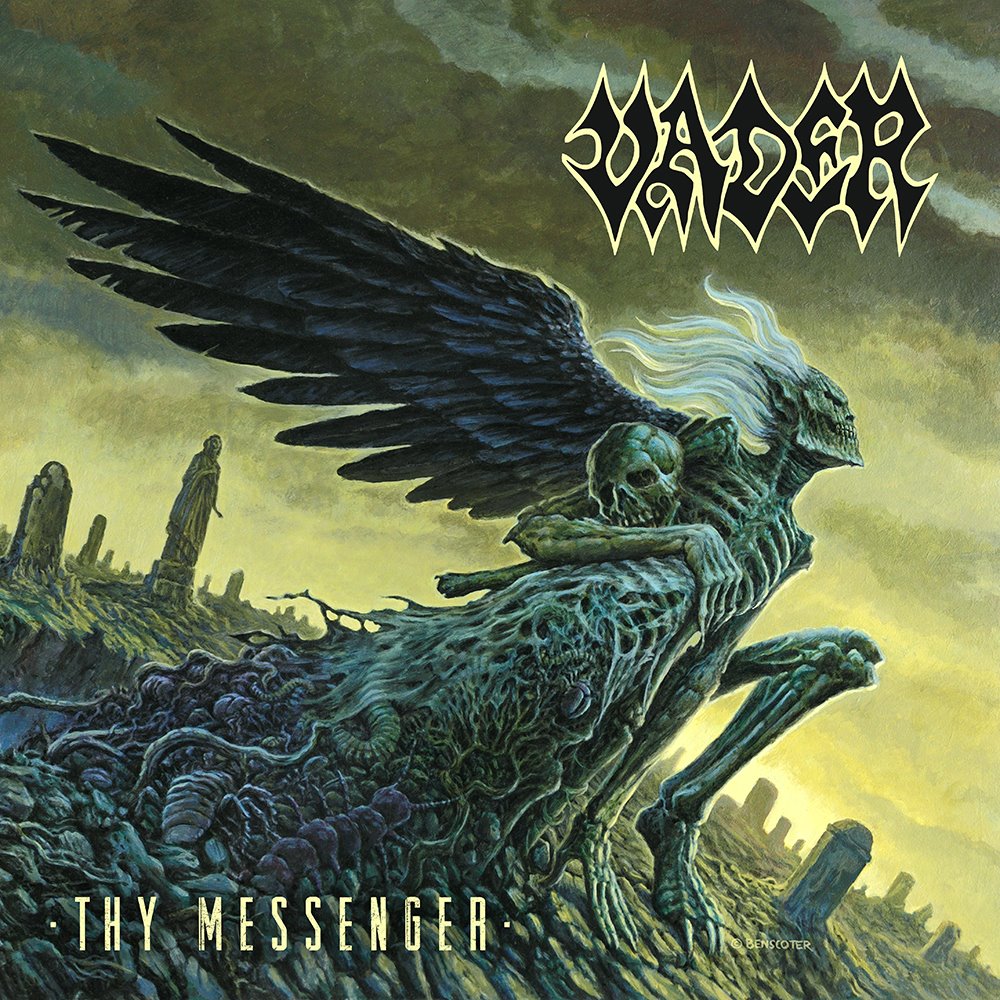 Polish extreme metal veterans VADER are pleased to announce that they will release a new EP titled “Thy Messenger” on May 31st this year. The effort will contain four of the five songs that were recorded over a week-long period in January and February at Hertz Studio in Białystok, Poland under the supervision of the Wiesławski Brothers. The cover art was painted by Wes Benscoter, who previously worked with VADER on the “De Profundis” LP and has collaborated with such bands as SLAYER, KREATOR and SINISTER. A new full VADER album will be recorded later this year for a tentative autumn release.

„We decided to record the new EP because we knew that the full length new album won’t be released before the end of 2019. We’re back on the road in June and we plan to have some new tunes ready for our fans throughout the summer. We’re due to start the recording process for the new VADER LP in April in England. For the time being we’ve named the album: „…And Then There Was Only Pain” and it should be completed by the end of May – when „Thy Messenger” EP is due to be released worldwide. The EP includes three new tracks – mostly really vicious and aggressive tracks, even for VADER.

„Emptiness” is more groovy in the main riff but really heavy at the end. All the songs are fast and short, but pretty intense, I guess.

We’ve also added a new version of our classic title track from „Litany” .

It is 20 years since we recorded that album at the Red Studio.  „Litany” – as a song – and many more from that album have never been performed live. This album is still one of the fan favourites in the VADER discography and in 2019 we will resurrect this whole record as part of our live shows this autumn. Another bonus is the absolute classic cover of „Steeler”, which was always one of my all time favorite PRIEST songs.”

VADER – on tour with VENOM Inc. in September/October

Polish death metal legends VADER have just announced the dates for their upcoming European tour with VENOM Inc. The tour will see the band play 28 shows across Europe, drawing from a very special setlist of [Read »]