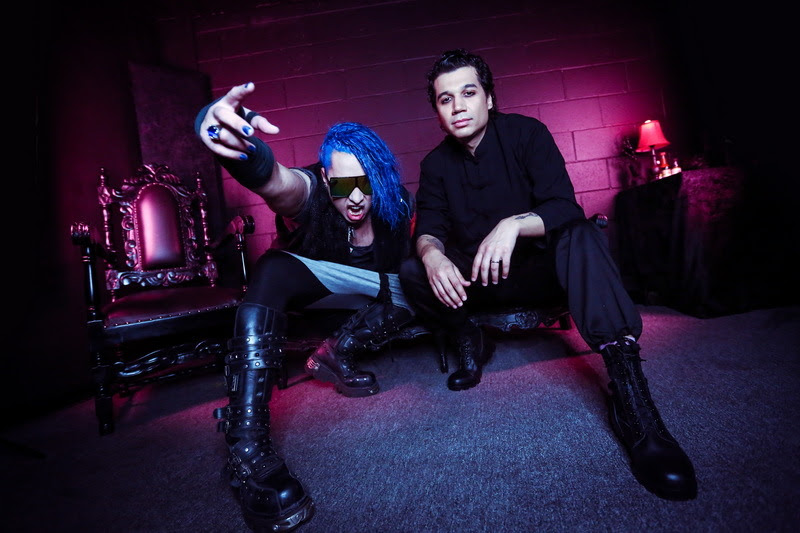 Zeistencroix is a post industrial noir band from Los Angeles, California. The band’s name doesn’t have a specific meaning: It emerged as a combination of sounds from various languages with the solely purpose of making the band stand out. The group was founded by OD, an American singer and songwriter in the metal genre that can do true throat singing with an unbelievable use of his vocal cords to create sound vibrations.

Powerful guitar riffs, odd-time-syncopated drums, a heavy use of electronic sounds, a clean and an electronic voice without the use of any effects, are some of the great qualities matching the melodies of the band. Their incredible live shows combine aggression, energy, power and prowess that excites and engages their audience.

Zeistencroix released an EP titled Gemini in 2017. The band worked on the production with British producer Tim Palmer (U2, Robert Plant, Ozzy Osbourne, Pearl Jam, David Bowie’s Tin Machine, HIM) and American producer Bill Metoyer (Slayer, WASP, Six Feet Under). It received critical acclaim from Revolver Magazine, Huffpost, Tattoo and Get Out magazine, among others. Now the group are preparing their new album, GenZ, which sonically and rhythmically continues to push their own boundaries and allow Zeistencroix to explore new territory.

The single and official video for the first track available from GenZ is entitled Sick and will be released online via Sliptrick Records on July 19th.