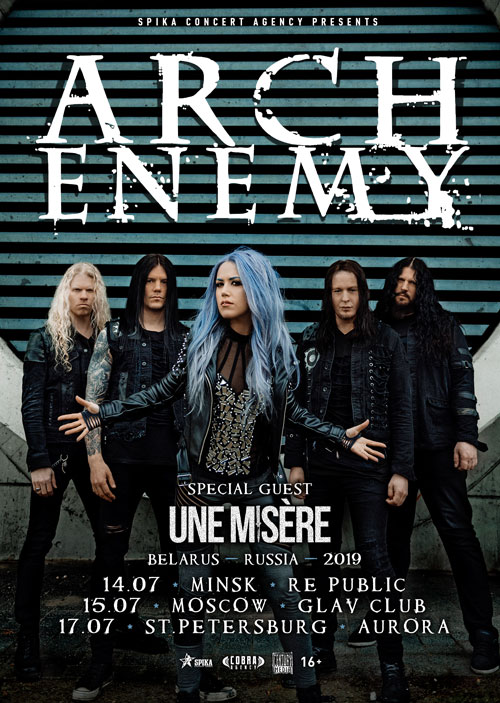 Icelandic wrecking crew UNE MISÈRE’s 2019 is shaping up to be another landmark year having been nominated and performed a memorable live show at Iceland’s annual People’s Choice Awards last month as well as scheduled appearances at both Summer Breeze and Metal Days in the coming months.

Today, the band is proud to announce they will support Swedish metal superstars ARCH ENEMY on their Russia tour in July. See flyer above and full Summer dates listed below.

Recently UNE MISÈRE have finished the recording, mixing and mastering of their debut album. It was recorded at Sundlaugin Studio among other studios. The album was produced as well as mixed and mastered by Sky von Hoff at The Barracks Studios and is slated for release later this year.

Watch the final teaser that shows the tracking of bass and vocals, here: https://youtu.be/Tdayd4AGdfw

UNE MISÈRE’s vocalist Jón Már Ásbjörnsson comments, “This album has been such a ride and to have finished it is incredible, almost unbelievable. We truly did put everything we had into it and I really think that you can hear that. At least I can.

The recording and mixing by Sky Van Hoff and his team sounds phenomenal and it really feels right. They did a superb job in capturing our sound and expanding it even beyond our belief. The mastering by Svante Forsbäck is unbelievable and we are just so happy with how things turned out. I for one could not be more excited to get out there and play these songs live.

I just hope that the people who come to see us will like these songs as much as I do. I don’t think I’ve ever been this ready to hit the road. I could leave tomorrow and I know that the guys agree. It’s not to distant though so it’s not too horrible.”.

The band is going full steam into 2019 with the trek coined “Summer of Misery” with performances at Summer Breeze, Metal Days as well as several dates alongside ABORTED and label mates DECAPITATED. The explosive collective is ready to show the world how their sound pushes sonic boundaries.

Tickets for the shows can be purchased here: http://www.unemisere.com

Recently the band released the music video for their song, ‘Damages’. The song was recorded by Leifur Örn Kaldal Eiríksson at Lightweight Studios and was mixed by Sky Van Hoff and mastered by Svante Forsbäck. The video was directed by Amy Haslehurst. Watch the music video for “Damages” here: https://youtu.be/V6gSfs8_iuE

The band commented about the song, “‘Damages’ is about being at your breaking point. It is about being at the very edge and falling over. ‘Damages’ is about facing the fact that mental diseases may never be cured; although the person can get better, one may never be fully rid of it. Depression, anxiety, addiction and so forth – they will always be there. The shadows – they will always be there. They will follow you – into the grave.”

UNE MISÈRE formed in April 2016 by a collective of 6 artists who came together to play really heavy music. Each of the members were involved with various hardcore bands until they joined forces to write music inspired by Iceland’s darkest and most bleak aspects. With only a year under their belt, the band took 2017 by storm playing several shows including winning a Wacken Metal Battle in their hometown which later turned into a performance at the re-known festival. It also marked the release of their first mix-tape entitled ,010717, which was also served as the release date. They continued to make waves landing a slot at Iceland’s own Eistnaflug. Throughout the festival they played 3 separate performances, Most notable was when they played at an abandoned pizza parlor where their live performance cemented their name in Iceland’s underground hardcore metal scene. Fast forward to 2018 where the band continue making their rounds, performing their memorable live shows at Roadburn Festival, and Bloodshed Fest as well as a tour in Europe. 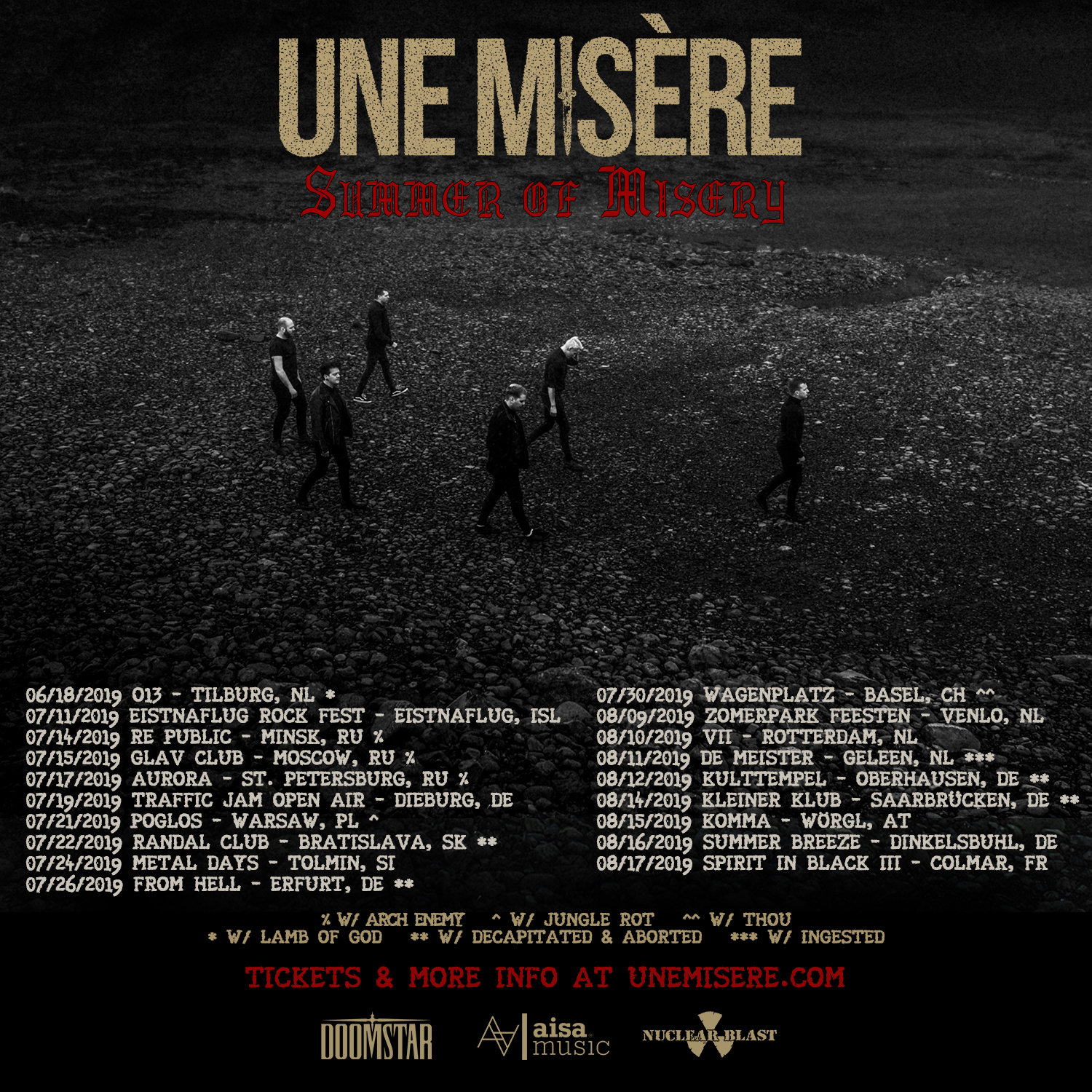 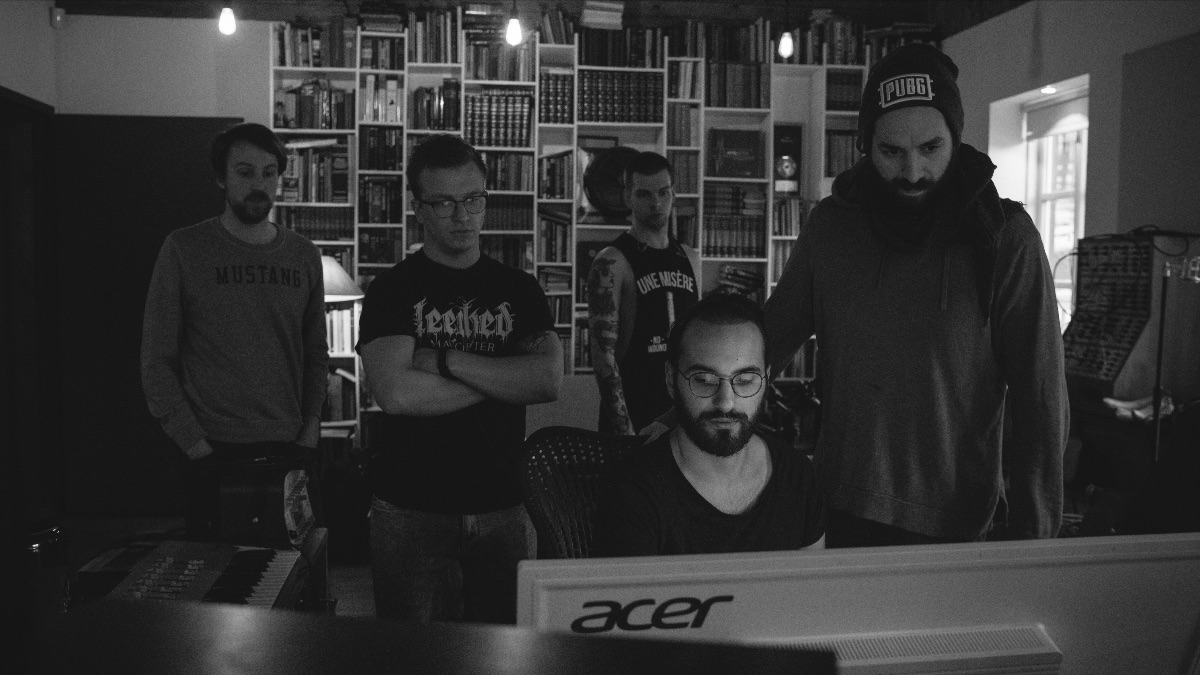