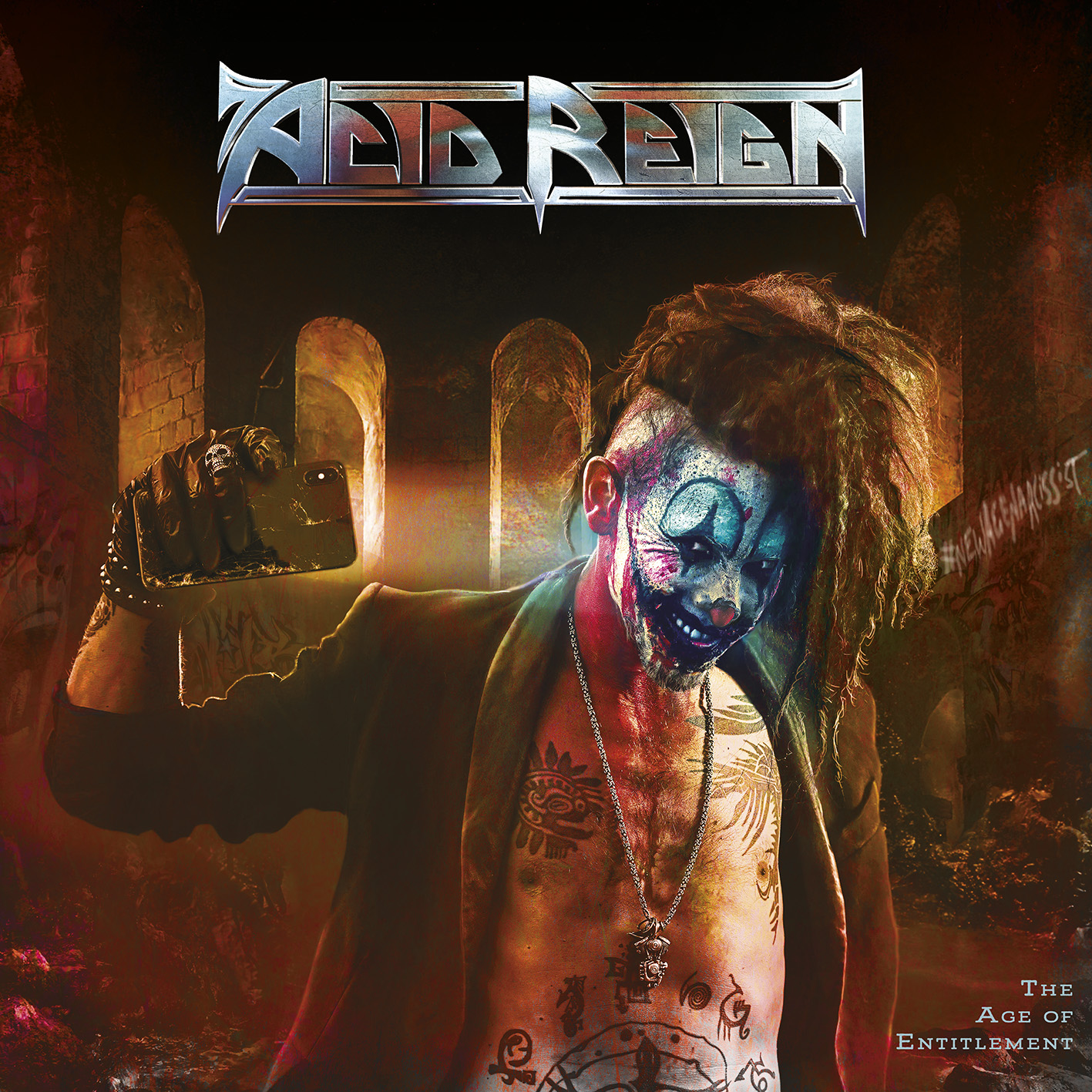 Acid Reign will release their fourth album “The Age Of Entitlement” on September 27th via Dissonance Productions, with Worldwide distribution being handled by Plastic Head.

The album artwork is from renowned artist Mark Wilkinson. Mark is famed for his work for and amongst others the mighty Iron Maiden, Judas Priest, Marillion and Acid Reign. “I was introduced to Mark by Al Barnes (Ex Venom) last year in Bloodstock VIP and jokingly said if he ever fancied doing our cover art I’d let him. Fast forward months later and amazingly he agreed to do it! We are thrilled to have such legendary figure involved with our album. For me, as a huge old school Marillion fan it’s the icing on the cake.”

As for the album H had this to say

“We started recording on August 1st last year with Jayce Lewis and he has been amazing. He was badgering me to do this for months, we had two other bigger names telling us they would love to do it but Jayce showed us when recording “The Man Who Became Himself” that he would go above and beyond to get the best out of what was a very difficult session. So just think what we could achieve when we are in a much better place. The results are stunning. You have an old school thrash album with a contemporary twist and a production that honours that.

I’ve had the title for a long time, straight off the bat it had an album title ring to it and speaks to a world view that the entire band shares, which is important. Then Mark came up with the artwork which he really knocked out of the park. We are all itching to get this out and now you know when you’ll be able to get hold of it, not long now, single coming soon.“

The album features ten tracks and will be available on streaming services, as a digital download, CD, LP and limited edition Cyan coloured vinyl.