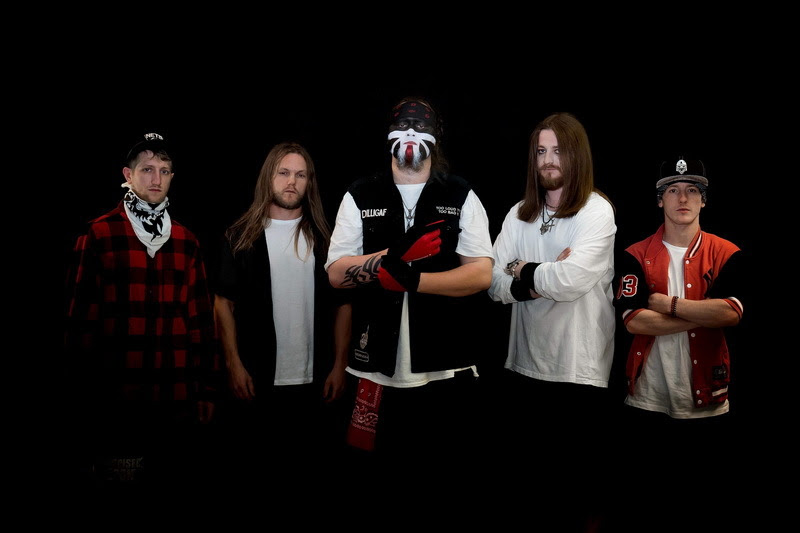 Formed in early 2019 by long time friends Kyle Mortiss and Morgan Weeds with the desire to bring a fresh type of Nu Metal into the world of music, the duo quickly started looking for musicians to round out the band. Kyle recruited former band mate Christian Elvins on rhythm guitar and long time friend Chris Watkins on bass and then after auditioning drummers, deciding on Luke Hill, former Hells Bells and Body Harvest beats man.

After writing a single and 5 other tracks which would constitute their debut EP, Red Flag, they hit the studio with Jeff Rose (Bullet For My Valentine, Trivium, Glamour Of The Kill, Wreckage Of Society, Etc) to record the resulting tracks. On completion of the recording, the band parted with rhythm guitarist Christian Elvins and bassist Chris Watkins, and they were replaced with Kyle Zehtabi on rhythm guitar and Matthew Hulin on bass finally forming the current solid line-up of Malicious Inc..

Having signed with Sliptrick Records, the group will be releasing the Red Flag EP soon with the single Bone & Mortarpreceding that on September 20th …but they are not resting on their laurels just yet. Malicious Inc. are already working on follow up material for what will be their debut album.

In preparation for these releases, they will be playing a preview show on August 25th at Taboo Nightclub in Bristol (Club night with Ghetto Viking Music and Clothing afterwards). Check it out on the Facebook event page.