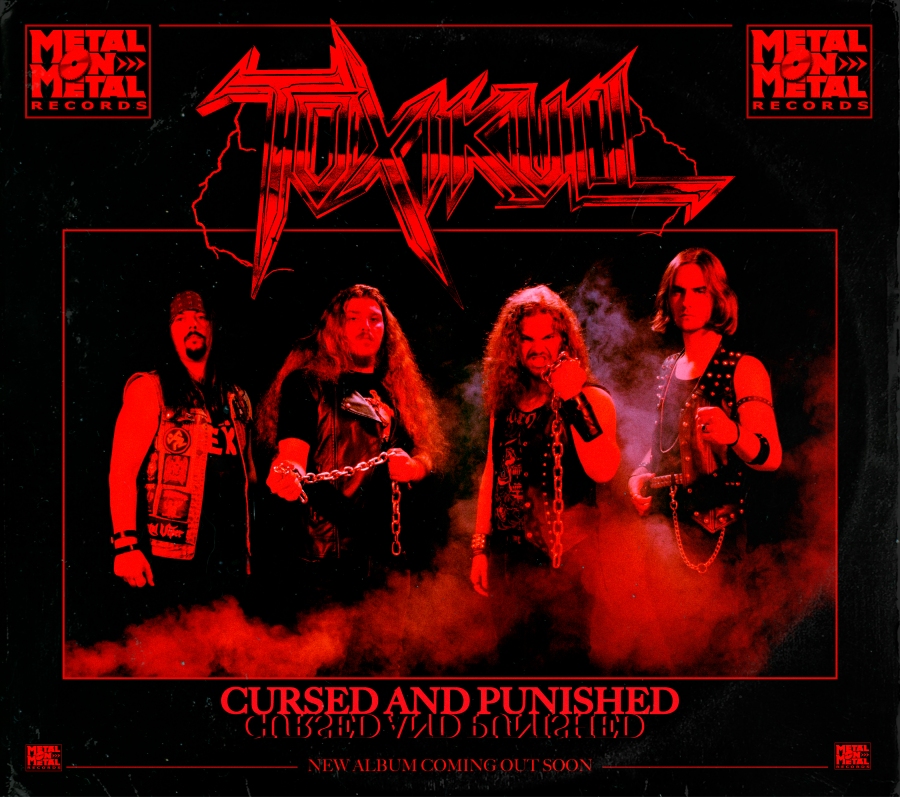 After the success of “The Nightraiser”, Toxikull returns in their maximum force to with the follow-up “Cursed and Punished”, set to be released on September 13th via Metal on Metal Records. Recorded at Demigod Recordings with producer Miguel Tereso, “Cursed and Punished” consists in 10 tracks of pure evil metal, taking the concepts of speed/heavy and thrash metal to a different level.

“I can promise this is going to be one of the best albums of the year in the metal scene. We are taking heavy metal to another level. Imagine an evil “The Nightraiser” with more power, speed and much heavier. You will listen to the best version of ourselves right here.”

A single/videoclip will be released later this month and the first shows will be announced soon. The cover artwork was painted once again by the Italian artist Velio Josto. It is the visual version of all the 10 tracks.

Lex Thunder comments: “It’s a cold vision of life painted in the moment. The mental and physical tortures that we all are cursed to live. You can’t run away from it. And if you try to break the spell (suicide) you will be punished again and again.”

Nobody knows if the main entity is The Nightraiser, God, Devil, a human being or a creature.