1. March Of The Eastern Tribe

7. All Manner Of Light

8. Return To The Clouds

9. Four By Number, Four By Fate 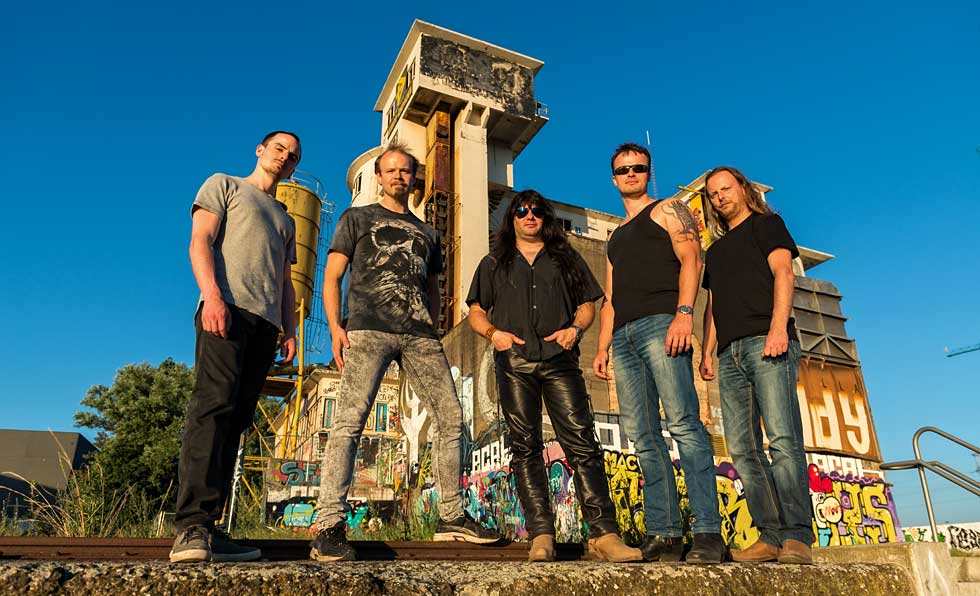 Given great incentive by their work together in Belgium’s legendary Heavy Metal band Ostrogoth, axemen Dario Frodo, Stripe and Tom Tee found themselves overwhelmed by massive amounts of inspiration for new material, much of which proved to lie too much outside the boundaries of what they could rightly realize with Ostrogoth. They decided, therefore, to found a brand new formation through which to channel all these new ideas, and thus Thorium was born.

After splitting with Ostrogoth, the three musicians seized the opportunity to devote themselves full-time to Thorium, and with the addition of classically trailed batterist Louis Van Der Linden (23 Acez, Vermilion,…) to the fold, the search was open for a powerful vocalist with a wide range and striking stage presence, which they found in seasoned Dutch singer David Marcelis (Lord Volture, Black Knight,…). With the line-up complete, the band put the finishing touches on their debut album, eponymously titled ‘Thorium’.

Influenced by and incorporating elements of all the classic styles of Metal from the past four decades, such as NWOBHM, Power Metal, Progressive Metal, Speed Metal, Bay Area Thrash and of course classic Heavy Metal, Thorium’s members set themselves no boundaries and seek to deliver music that is heavy, melodic, virtuosic, catchy and conceptual.