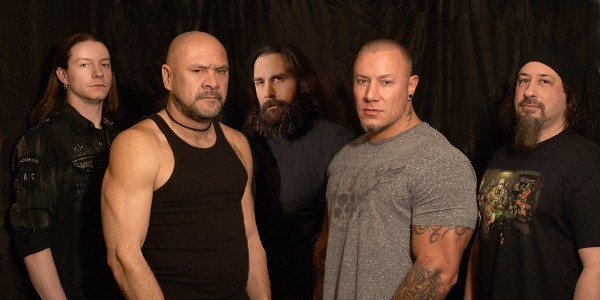 We’re extremely excited to announce the signing of The Pain Method, an alternative metal band from New York City, NY. Shortly after the breakup of Generation Kill in 2017, guitarist Rob Moschetti (Pro-Pain, M.O.D., Generation Kill) along with Jay Trenczer (Generation Kill, Mutilation) and drummer Rob Youells (Fragile Mortals, Generation Kill) began writing material for a new band, and a new album. After bringing John Fattoruso (Stereomud) and Will Winton (Thanatotic Desire) into the mix, The Pain Method was born.

“The staff at Eclipse are fans of our album, and that means a lot more to me than being on some huge label” says front man Rob Moschetti. “our album won’t get lost in the mix, because Eclipse is not an over-saturated label. They’re a hands-on operation and the perfect home for The Pain Method.” Guitarist John Fattoruso continues, “After being through the ringer of the music biz, from major labels to indies to self-releasing music, it’s great to be signing with Eclipse Records and to know exactly where we stand with them!”

The band have also recently completed a new album entitled What Doesn’t Kill You… which is currently planned for release in the Fall, of 2018. Details will be forthcoming.