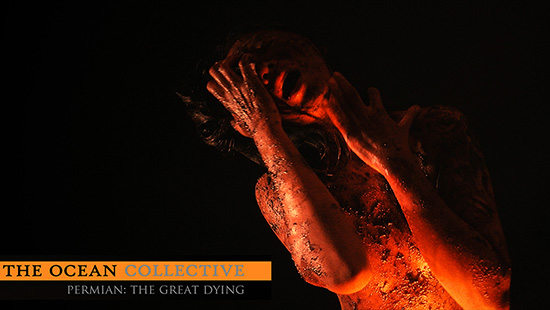 THE OCEAN release captivating visuals for “Permian: The Great Dying” via Billboard!

The Ocean Collective are back with a beautifully executed noir video premiering today at Billboard.com. The video captures breathtaking visuals that bring to life the story off their single, “Permian: The Great Dying” from their latest album Phanerozoic I: Palaezoic. The story being told visually, shot in India, Indonesia, and Thailand by filmmaker Craig Murray, shows us parallels of the Great Dying and today’s climate crisis. We see a man on a deserted island becoming encapsulated by a rising ocean, a graven desert, plants regrowing from ashes, as well as lava overtaking the island — referencing the increased volcanic activity that caused the Great Dying. The latest video highlights the albums message in regards to climate change and where we see what life could potentially look like when about 95% of the population is wiped out. The video sends a strong message about the current climate debate that is being discussed and really helps put that message into a visual perspective.

Speaking to Billboard, guitarist Robin Staps discusses the songs lyrics and how this story is told through film.

“The lyrics of the song revolve around the “Great Dying” topic on two related but also distinctly different orbits: the palaeontology-/climate change is the surface level – and beneath lies a personal relationship story, an end-times romance embedded into (and artistically inflated) to earth’s history dimensions.”

Ebbs and flows of proggy melodies, crushing guitars, swelling strings and powerful vocals match the heavy lyrical themes The Ocean has made its signature. Phanerozoic I is available via Metal Blade Records and Pelagic Records at: metalblade.com/theocean