THE LION’S DAUGHTER have announced European tour dates in March and April next year. The band will be supporting label mates MISERY INDEX, alongside WORMROT and TRUTH CORRODED. Find the full list of confirmed shows below.

“We’ve known the MISERY INDEX guys for a while now and have played with them every time they’ve rolled through St. Louis since 2014. We consider it a major honor to be asked to open for them on their upcoming album release tour, and our first visit to Europe! Also sweetening the deal is motherfucking WORMROT! We are ready to crush.” 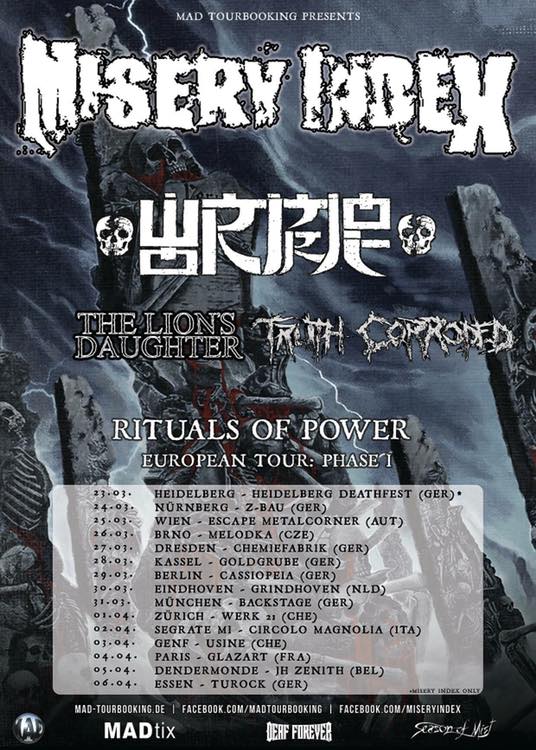 THE LION’S DAUGHTER will be playing in support of their latest album ‘Future Cult’, which can be streamed in full via the Season of Mist Youtube Channel below. 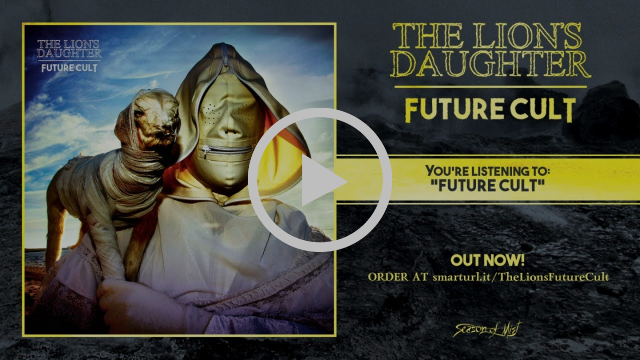 The unnerving artwork has been created by Mothmeister and can be viewed together with the album details below. 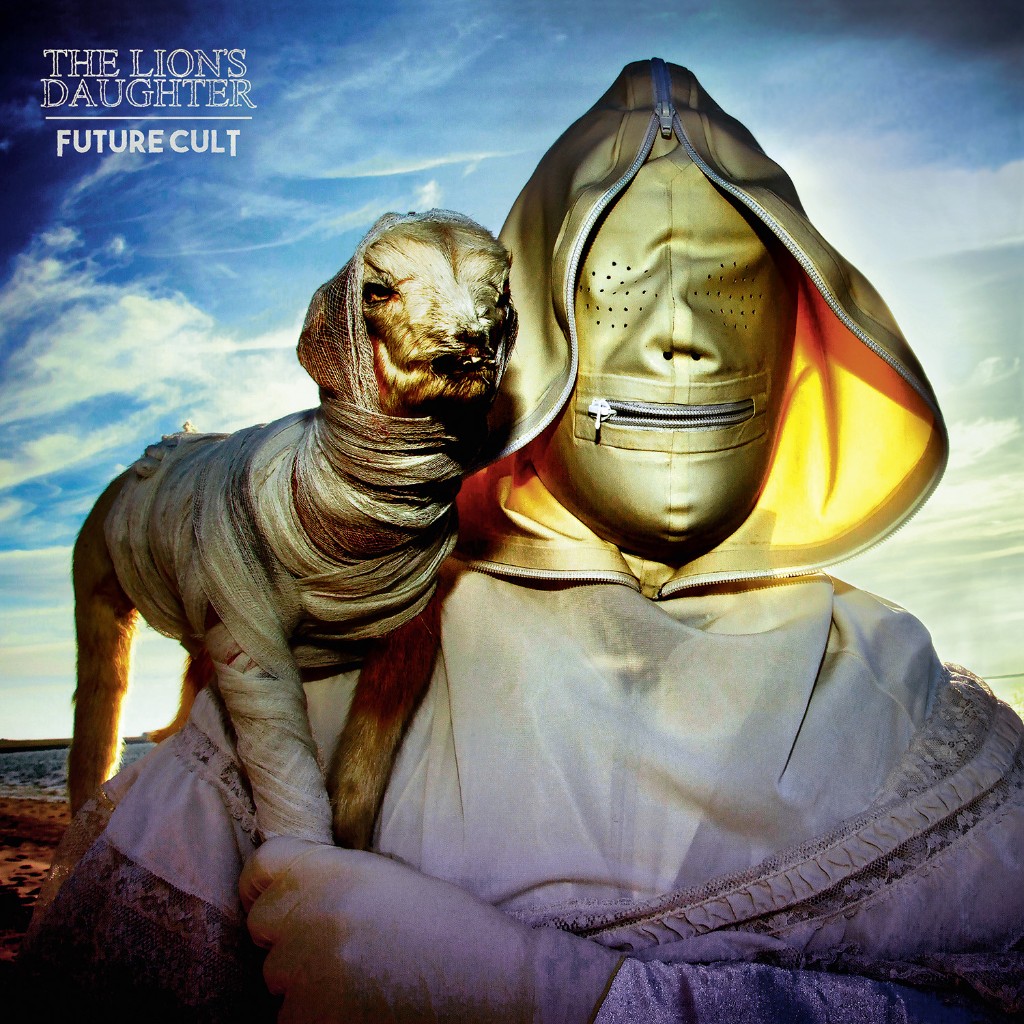 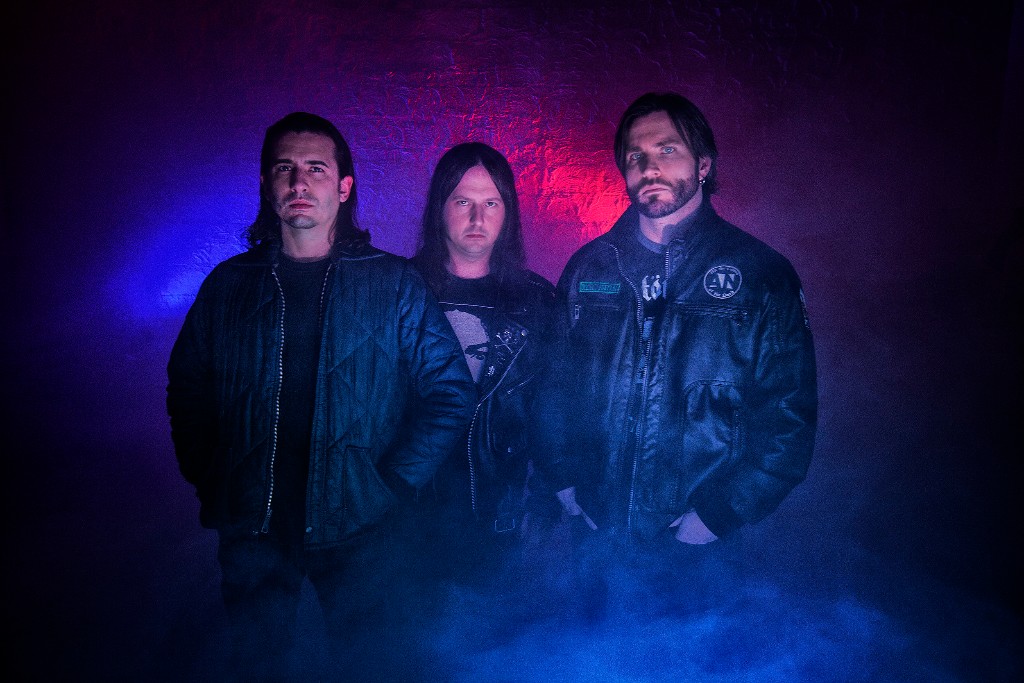 The musical equivalent of what the most frightening, violent, and disturbing scenes from a good midnight movie might sound like. THE LION’S DAUGHTER from St. Louis, Missouri unleash a crushing assault of dense frying riffs, pummeling rhythms, pumping bass lines, and throat-shredding vocals supported by creepy synthesizers creating a seething intensity that borders on the frightful. Their third full length, ‘Future Cult’ is without doubt a fitting soundtrack to the post-apocalyptic hellscape that is to come.

THE LION’S DAUGHTER was formed in 2007 by guitarist/vocalist Rick Giordano, drummer Erik Ramsier, and bassist/vocalist Scott Fogelbach. The band was originally conceived out of hatred for the insincere and uninspired fodder that was choking the mainstream metal scene. They take inspiration from all kinds of extreme metal’s subgenres but live by no musical limitations and are driven to please no audience but only themselves. THE LION’S DAUGHTER don’t just play as if they want to see this world end, their sound implies that they want to be the ones to destroy it. Since the band’s inception, THE LION’S DAUGHTER have built a reputation as a formidable live force, sharing stages with HIGH ON FIRE, PIG DESTROYER, BEHEMOTH, TORCHE, MISERY INDEX, NACHTMYSTIUM, DARK FUNERAL, and many others. True to their underground ethics, the musicians toured around the United States on the backs of several independent EP and split releases. Back in 2016, ‘Existence Is Horror’ came with the expected anger and aggression and easily detectable undertones of early NEUROSIS. Yet something of the creeping mood and atmosphere that also reminds of groups like SKINNY PUPPY or even GOBLIN. Now, let THE LION’S DAUGHTER guide you on an even darker musical ride through the mind with the ‘Future Cult’!