French Lovecraftian black metal masters THE GREAT OLD ONES have unveiled the cover art, album title and track titles of their upcoming new record, ‘Cosmicism’. Furthermore, the band has shared an album teaser, which can be found at the Season of Mist Youtube Channel at the link below. The album is set for worldwide release in the fall of 2019.

“’Cosmicism’ is a literary philosophy developed by H.P. Lovecraft. In summary, this philosophy expresses the fact that humans are totally insignificant in the light of what is happening in the cosmos, events that we can’t understand, issues that are beyond us. Each song on this album features a specific Lovecraftian entity, as well as the protagonist who meets her, sinking into admiration and madness.” 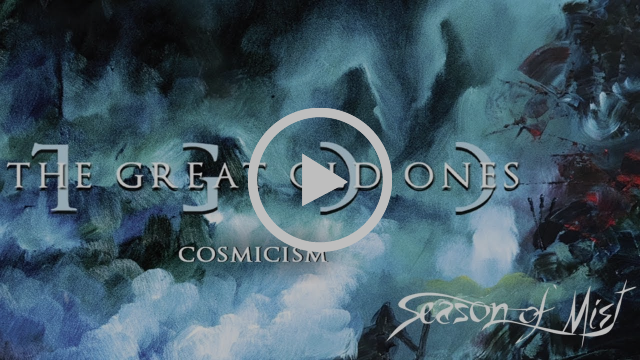 The artwork for ‘Cosmicism’ has been created by Jeff Grimal and can be viewed below, together with the tracklist. 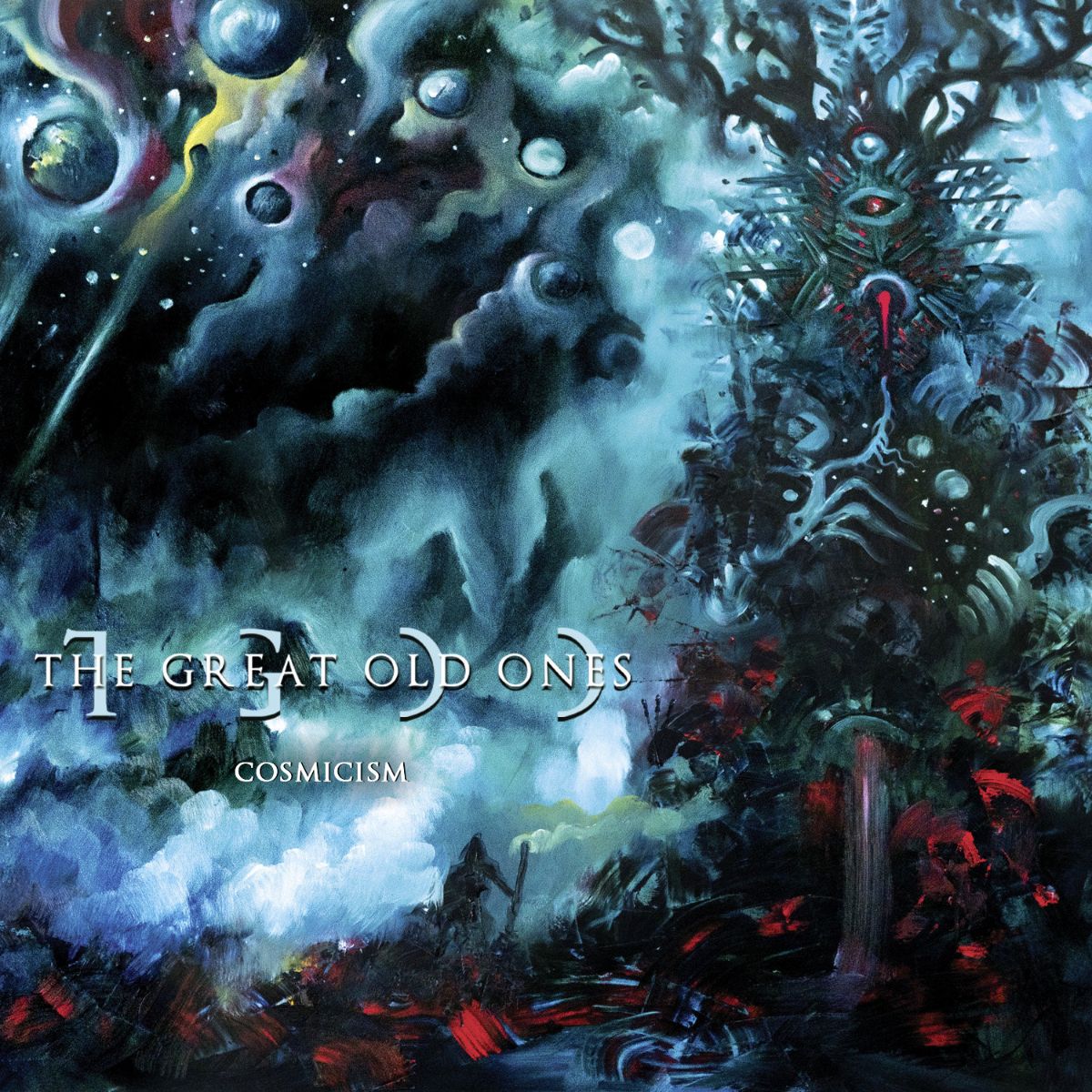 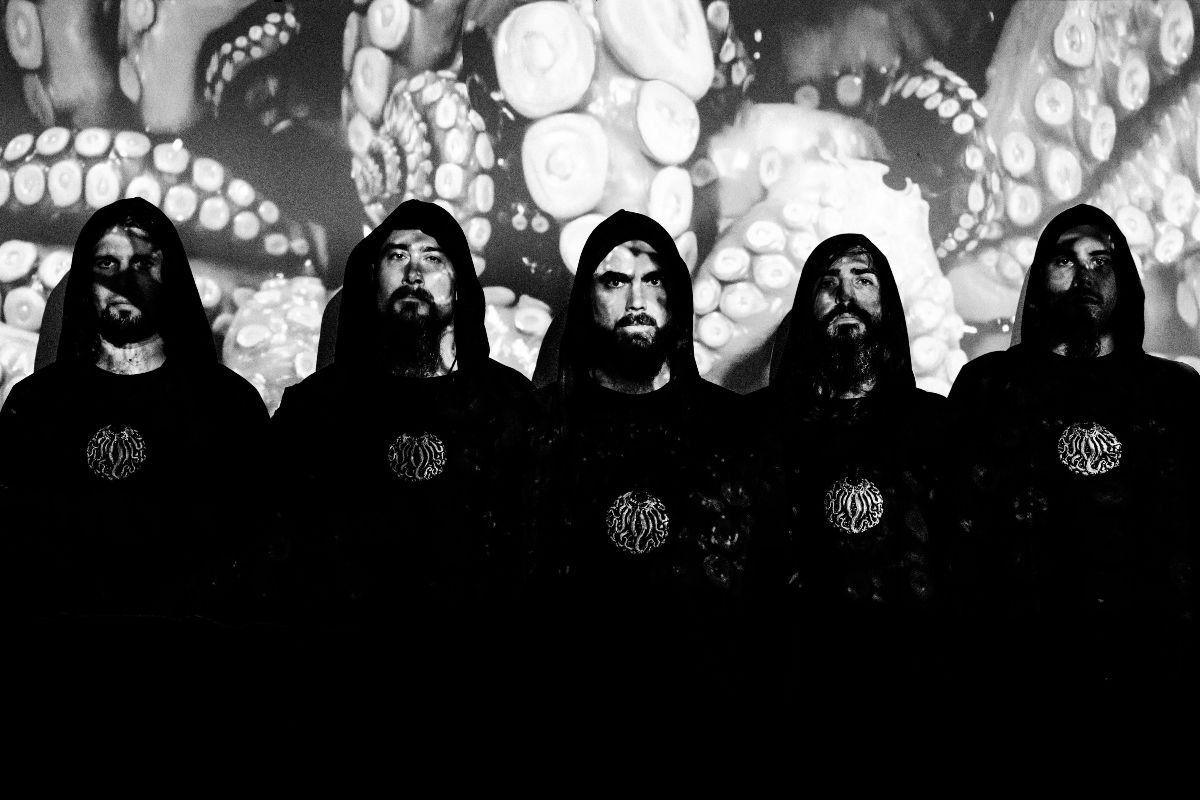 THE GREAT OLD ONES emerged from the old parts of the ancient Aquitanian harbour city of Bordeaux, FRANCE – as famed for its secrets as for its deep red wine – in the year 2009. After releasing their first album ‘Al Azif’, the reactions of critics and fans were unanimously positive.

THE GREAT OLD ONES followed up with their second full-length ‘Tekeli-li’, which garnered even higher praise. As a result, the French black metallers played a show at the acclaimed Roadburn festival and Hellfest. Furthermore, the Bordelais opened for BEHEMOTH in their homeland and supported SHINING in France as well as label mates DER WEG EINER FREIHEIT across Europe.

The third full length ‘EOD – A Tale Of Dark Legacy’ (2017) marked another big step in the band’s fast rising career. It kept the promise of luring its listener deeper into darkness. The five piece took the road with the legendary Gaahls WYRD, and embarked on a successful European co-headline tour with AUÐN from Iceland. The band played respected festivals such as Brutal Assault and Eindhoven Metal Meeting in front of a gigantic crowd of cultists.

Now, the French worshippers of Cthulhu reveal their fourth offering to the old ones. “Cosmicism” is a literary philosophy developed by H.P. Lovecraft. In summary, this philosophy expresses the fact that humans are totally insignificant in the light of what is happening in the cosmos, events that we can’t understand, issues that are beyond us.

The production of this album was entrusted to Francis Caste (SINSAENUM, LOUDBLAST, SVART CROWN, REGARDE LES HOMMES TOMER, HANGMAN’S CHAIR) of the Studio Sainte-Marthe, who managed to capture the singular essence of THE GREAT OLD ONES.

The record is a true journey in the cold and deep space, in which each song features a Lovecraftian entity, and parallel the dark destiny of the protagonist who meets her. Advanced and melodic black metal of haunting beauty with lyrics inspired by H.P. Lovecraft result in a perfect match. Just listen and you will find out what waits down there…