French lovecraftian black metal band THE GREAT OLD ONES  have announced a co-headlining tour with Icelandic label mates AUÐN in November 2018. The tour will start in Switzerland, and continues through Germany, Belgium, the Netherlands, Czech Republic, the UK and has the final date in France. A full list of tour dates can be found below.

“It is again with great pleasure that we will take the road to defend our latest album “EOD – A Tale of Dark Legacy”. And what better than to travel with the best representative of Icelandic black metal, our friends of AUÐN! Prepare yourself to live intense rituals, and to travel within the dark Lovecraftian mythology. CTHULHU FHTAGN!”

THE GREAT OLD ONES With AUÐN 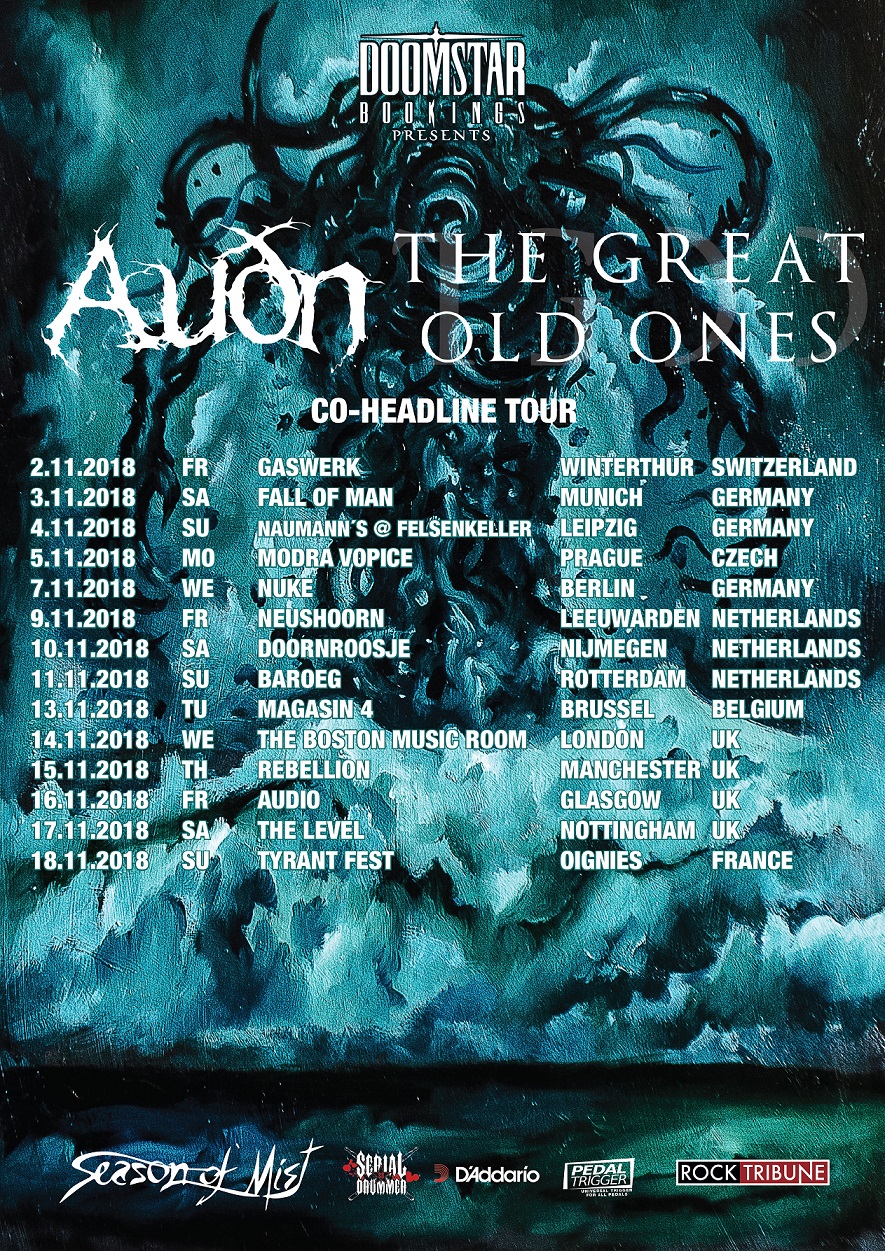 THE GREAT OLD ONES will be touring in support of ‘EOD, A Tale of Dark Legacy’. This concept album has been composed as a sequel to H. P. Lovecraft’s literary masterpiece “The Shadow Over Innsmouth” and has broken free into this world on January 27th 2017. Artwork and track-list can be viewed below. 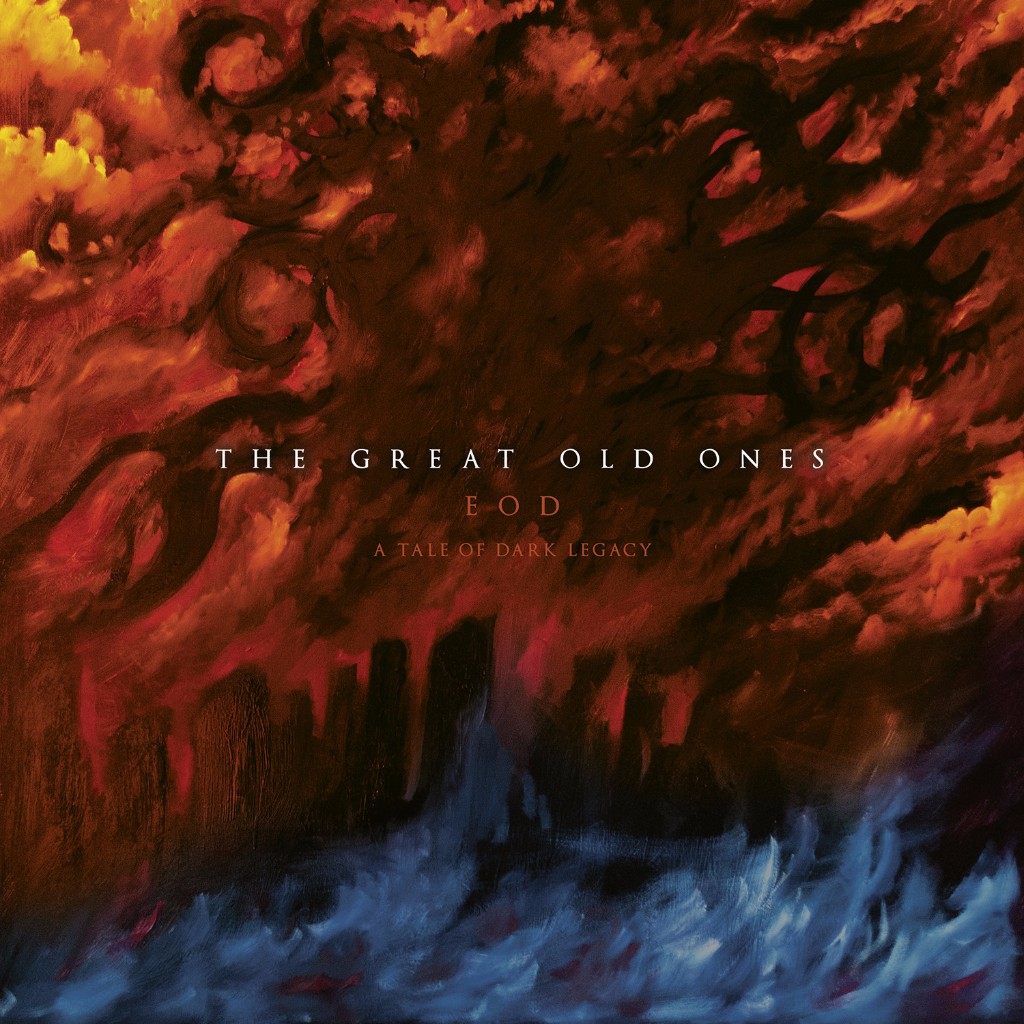 2. The Shadow Over Innsmouth

3. When The Stars Align

6. In Screams And Flames 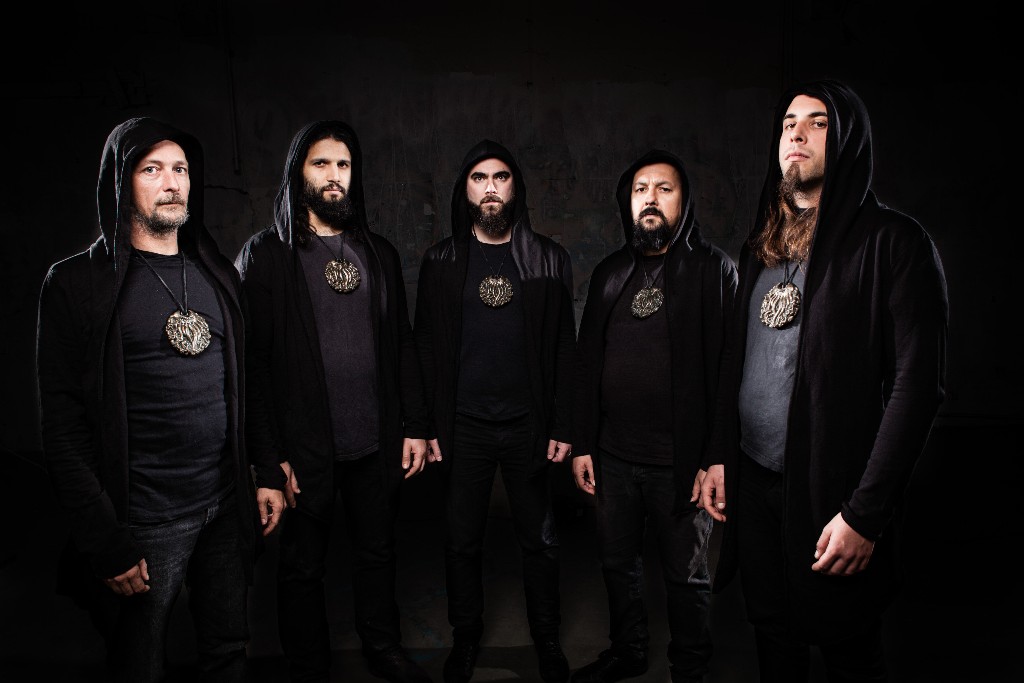 It is with great trepidation that I am writing these lines. Something is lurking at the stairs below and I hear its scratching shuffle coming closer. This horror began when a book arrived in a torn envelope; its sender unknown. I should have heeded the warning of its title, ‘EOD – A Tale Of Dark Legacy’, yet curiosity got the better of me and on opening its pages an unearthly music crept into my soul.

The sound of harsh strings filled the room, ripping and screaming yet strangely melodic in an eerie and twisted way. A male voice, raw and grinding was rasping words of evil into my ears. And rhythms were pounding mercilessly. I was terrified, but could not turn away from a majestic beauty haunting each track that seemed to rise from the bottomless abyss beneath the sea.As their name implies, THE GREAT OLD ONES are heavily inspired by the works of H.P. Lovecraft. Like the sinister novels and stories of the American gothic horror icon, the music of the French act delves into the forbidden, dark, haunting, and violent spheres of art. Their forthcoming third album, ‘EOD – A Tale Of Dark Legacy’ marks another big step in the band’s fast rising career.

THE GREAT OLD ONES emerged from the old parts of the ancient Aquitanian harbour city of Bordeaux – as famed for its secrets as for its deep red wine – in the year 2009. Their first album, ‘Al Azif’ was recorded and mixed by Cyrille Gachet (YEAR OF NO LIGHT) and mastered by the renowned Alan Douches (MASTODON, TOMBS, THE DILLINGER ESCAPE PLAN). After it was let loose on an unsuspecting world in April 2012, the reactions of critics and fans were unanimously positive, which opened previously locked doors to perform alongside acts such as AURA NOIR, FORGOTTEN TOMB, NEKROMANTHEON, BORGNE, TEMPLE OF BAAL, and ISOLE to name but a few – as well as being invited to the prestigious Hellfest Open Air in France.

THE GREAT OLD ONES followed up with their second full-length ‘Tekeli-li’, which garnered even higher praise and unlocked further opportunities like a show at the acclaimed Roadburn Festival, opening for BEHEMOTH in their homeland, returning to Hellfest, and supporting SHINING in France as well as label-mates DER WEG EINER FREIHEIT across Europe.

Now the Bordelais have gone further down the path leading to insanity by unleashing their highly anticipated third album. ‘EOD – A Tale Of Dark Legacy’ keeps the promise of luring its listener deeper into darkness which each new track. Weaving a sinister yarn that constitutes a sequel of Lovecraft’s only story to be published as a book, “The Shadow Over Innsmouth”.

Advanced and melodic black metal of haunting beauty with lyrics inspired by H.P. Lovecraft result in a perfect match. Just listen and you will find out what waits down there…