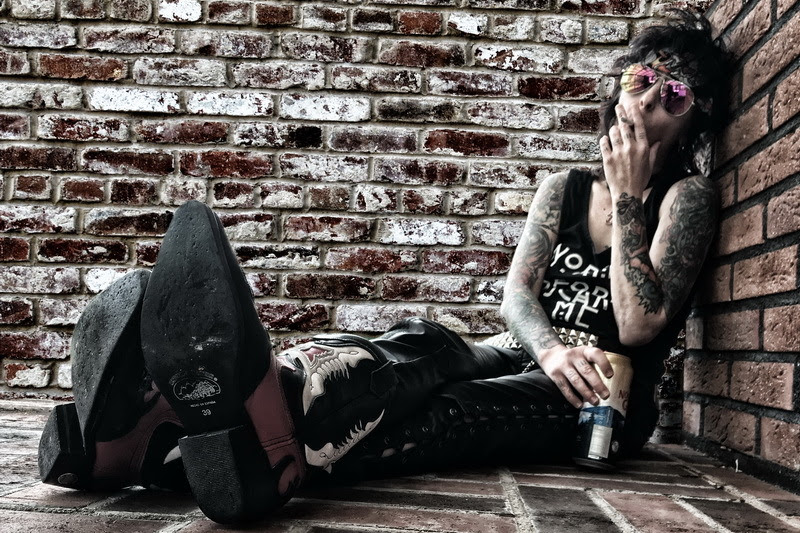 Janina Jade is a Swedish rock artist, singer, songwriter. Her music and lyrics are honest, raw and real, just like Janina herself. Her main influences are 70’s Rolling Stones, early Guns N Roses, 70’s Alice Cooper and 70’s Kiss. Janina lyrics are deeply personal and often dark, which combined with the music and her vocals create a unique sound and atmosphere. She has the ability to conjure up a wide range of emotions, from full out hard hitting classic rock to anthems and slower songs. These tracks deal with subjects such as; living on the dark side of society, standing proud and strong being herself and keeping real in a world of fakes, inner demons and darkness of the soul, grief and loss and celebrating a life lived on her own terms with no compromises.

Janina recorded her debut album, No Sweet Illusions, together with studio musician/producer Tommy Denander (Alice Cooper, Hollywood Vampires, Deep Purple), who plays on the album and has produced it. The album is choke full of classic hard rock with an edge. Janina Jade says: “I think this album is very important in many ways and I am very proud of it. I have poured my heart and soul into each track. There is no pretending it is all 100% real and honest.”

No Sweet Illusions will be released in the near future worldwide via Sliptrick Records.