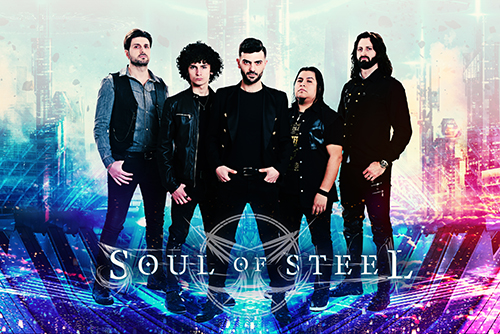 The power prog metal band Soul of steel reveals the cover and tracklist of their new album called Rebirth.

The band is working to finalize the recordings session of the album at Domination Studio by Simone Mularoni, and will be out in the early days of the autumn via Revalve Records. 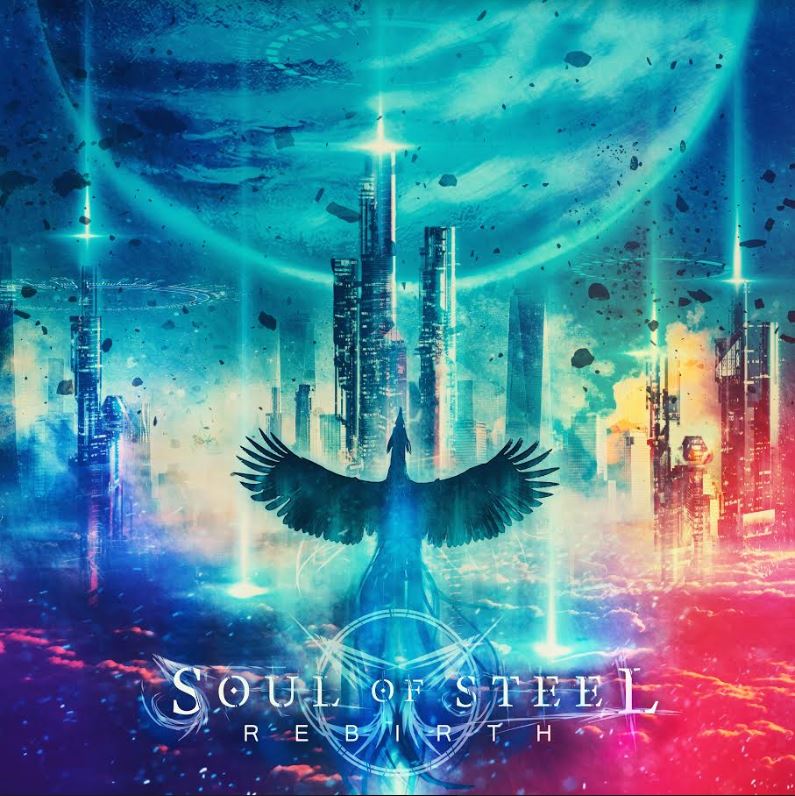 “Soul Of Steel” born in early 2007 in the South Italy as a power metal band by guitarist Donato Raguso and drummer Lorenzo Chiafele. The first formation was composed by 4 elements.

In mid-2007 are put to work immediately on their first demo. In fact at the end of 2007 they released their first demo entitled “Reborn”, self, that there is a good outcome at the local level, but also found good reviews in magazines (Metal Hammer 7 votes, voting Rock Hard 6.5). They begin to play for local places and events, until in 2008 there was a total change of line up, with the entry of additional guitar and keyboards.

With this new formation, which was only the drummer Lorenzo Chiafele, the Soul of Steel continued to play for an year, with several changes on the bass. Finally in early 2009, with Nicholas Logrillo on the bass, the Soul of Steel decided to start the composition of their first album. In September 2009, with the final composition of the album, they decided to enter the Bee-X Studios, Brescia and kick off the first full-length recordings. All this under the watchful eye of guitarist Olaf Thorsen (Labyrinth, Vision Divine) producer of their album. After they have finished all the recording sessions at the beginning of October 2009, in the 8 January 2010, Soul of Steel played in the “Target Club” of Bari (BA), opening the concert with the “Secret Sphere”, known symphonic power metal band nationally and internationally. Between February and March 2010 the album was mixed and mastered at Studio Ithil World (IM) by Olaf Thorsen and Sound Engineer Giovanni “Meniak” Nebbia.

“Destiny” contains 9 tracks of powerful melodic metal, played on a variety of quick change of parts, but at the same time rhythmically, like Stratovarius, Labyrinth ect.

Guests on the disc will be Roberto Tiranti (Labyrinth).

The album was released by the Italian label Underground Symphony December 20, 2010. For the promotion of the album there was the “Nadir Music”, known nationally and internationally renowned agency. Between January and August 2011 Soul Of Steel have a lot of live performance, but also interviews in newspapers as Metal Hammer Hard Rock, respectively, during the months of February and March 2010. Finally in June they have been chosen to compete in the finals of ‘”Agglutination Take Off Contest” to go straight to’ “Agglutination Metal Festival” in Chiaromonte (PZ), and also participation in the “Metal Rock Fest 2011” in Pulsano (TA ). 14th October 2011 there was a concert at “Go West Saloon” – Roccaforzata (TA) with a very special guest: Roberto Tiranti, the singer of “Labyrinth”. Finally there was a new entry in the band: the bass man “Dario Di Francesco”. In the new year 2012, the band started to prepare the new material of the new album; Once again, is chosen as artistic producer Olaf Thorsen ( Labyrinth, Vision Divine ). The band entered in Eden Studios (PI) Alessio Lucatti (Vision Divine, Etherna ) between September and October 2012. While the mixing and mastering was made by Domination Studio of Simone Mularoni ( DGM , Empyrios ) .

In January 2013 the new bass man was Domenico Santagada . The Soul Of Steel signed a new contract with Bakerteam Records / Audioglobe ( Cadaveria , Bejelit , Infernal Poetry , Rhyme , ect. ), The new album , titled ” Journey To Infinity ” , will be released April 30, 2013 , by which time the monthly Rock hard May comes the interview with the band plus the review of the new album . In October there was a review on Drum Club , the magazine of the drummers . In the meantime, start the live support of the new album : September 14 to play in Sassello (SV) to Heavy Metal Fest with Wild Steel and Labyrinth, September 21 in Martina Franca (TA ), RELEASE PARTY of the new album with other bands: Seventh Son ( Iron Maiden Tribute ) , Black Diamond and Sleeping Shock. On October 27 in Rome with Embrace Of Disharmony and Karnya. Meanwhile, from October entrance into the new permanent keyboardist Luca Basile. From Rome then follow the dates of February 15, 2014 with Raging Age and Tales Of Deliria for the 1st “Sfuma Fest”, May 17, 2014 opened the concert in Alberobello of DGM together with Sleeping Shock, May 29 at the “Festa dell ‘Arte “in Noci, finally on June 21 to the” Rock Pride Fest V “, along with Southage, Hopesend, Iron Fist and Adamas.