“Machine” is the first single from SKINDRED’s upcoming album entitled “Big Tings” – out on April 27th 2018 via Napalm Records.

The band has already released a first album appetizer in the form of a teaser for the track “Machine”. Now it’s time to unleash the full music video which features actor and stunt man Neil Chapelhow best known for his work in new films Wonder Woman, Fantastic Beasts and where to find them, The Commuter, King Arthur and many more.

“When we were told we were doing a video with the stunt team thats be behind the marvel films, James Bond and the Bourne films we knew we were in for a good time on the shoot! Throw in Gary from Reef and one of our fav bars in London (Big Red) and you have the ingredients for a really fun video! The idea is don’t judge a book by its cover. Skindred is inclusive. Not Exclusive. So when someone in a rock bar is being teased by some “rockers” for not being the same as them, he hits back! In a big way!“

“Machine” has already been used as both the intro and outro theme to ACDC frontman Brian Johnson’s TV show ‘Cars that Rock’ Worldwide and features Reef frontman Gary Stringer lining up alongside the band’s own Benji Webbe on co-vocals and if that is not enough the single also features Motorhead/Bastard Sons guitarist Phil Campbell taking the honours on the guitar solo too!

Meanwhile SKINDRED shot some exclusive behind the scenes Studio footage while recording their new album “Big Tings” at Peter Gabriels Real World studio in the village of Box, near Bath. View the band’s album teaser HERE!

Keep your eyes and ears open for many more info and details to be unveiled soon! 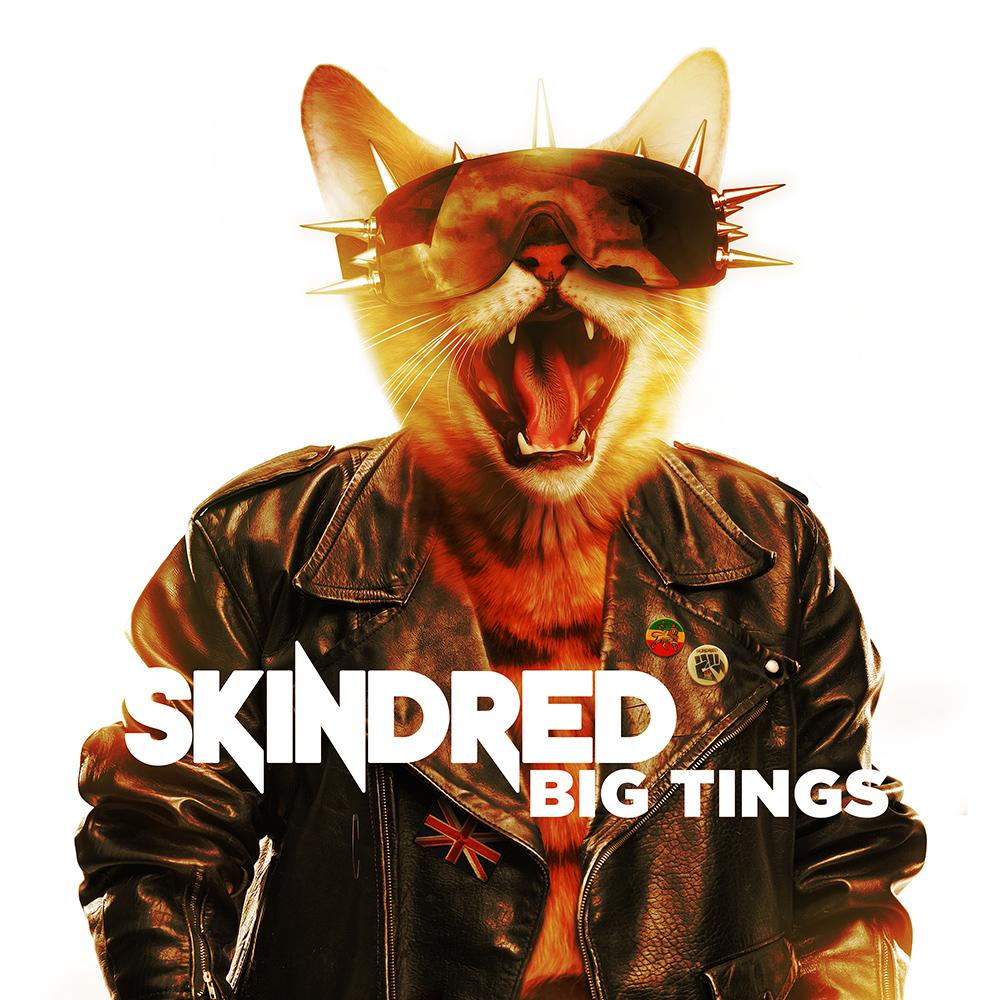 Make sure to go see SKINDRED live at their ‘Start the Machine Tour’ all over the UK in April with special guests CKY and Danko Jones!

More dates to be announced soon!

For More Info On SKINDRED Visit: