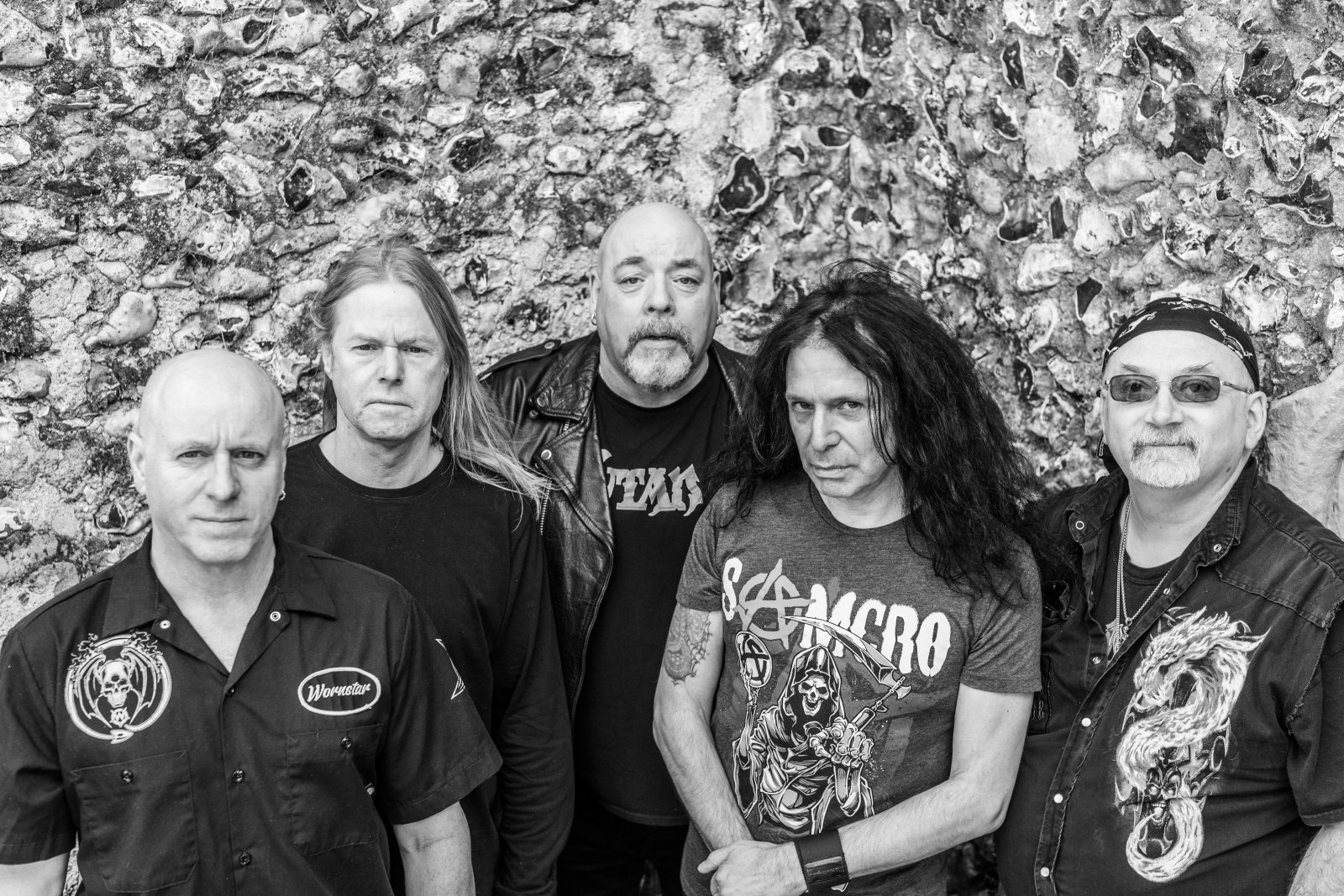 NWOBHM underground metallers SATAN’S EMPIRE sign to Dissonance and release their second album “Hail The Empire” in October this year.

Drummer Magpie had this to say:

“Really happy to sign with the UK’s premier metal label and we really think we will deliver the album we really think we are capable of. We have been working hard on the songs and pre production and are really looking forward to working with Steve Grimmett at his Samurai Studios”. Steve Beatty, label boss: “I’ve known Magpie since Mournblade days and like the band’s material very much, great to be working with him again and his exiting new band!”.

Providing support for Budgie at the Dundee Festival in the summer of 1981, the band gained a kind of mythical status among NWOBHM aficionados, as for many years the only known fact about them was the excellent track “Soldiers Of War” on the “Lead Weight” compilation cassette (Neat Records, 1981).
The band had gone deep underground by the mid 1980’s until the winter of 2015, when forces dictated that they should resurface and go back on the road. A breathtaking debut at acclaimed NWOBHM festival Brofest in the spring of 2016 was an instant success: the band finished work on material for their first full studio album “Rising”, released in June 2018.

During the wait for the bands first release, they continued to write material for a follow up album, tracks written exclusively by the current line up, tentatively titled “Hail The Empire!”.