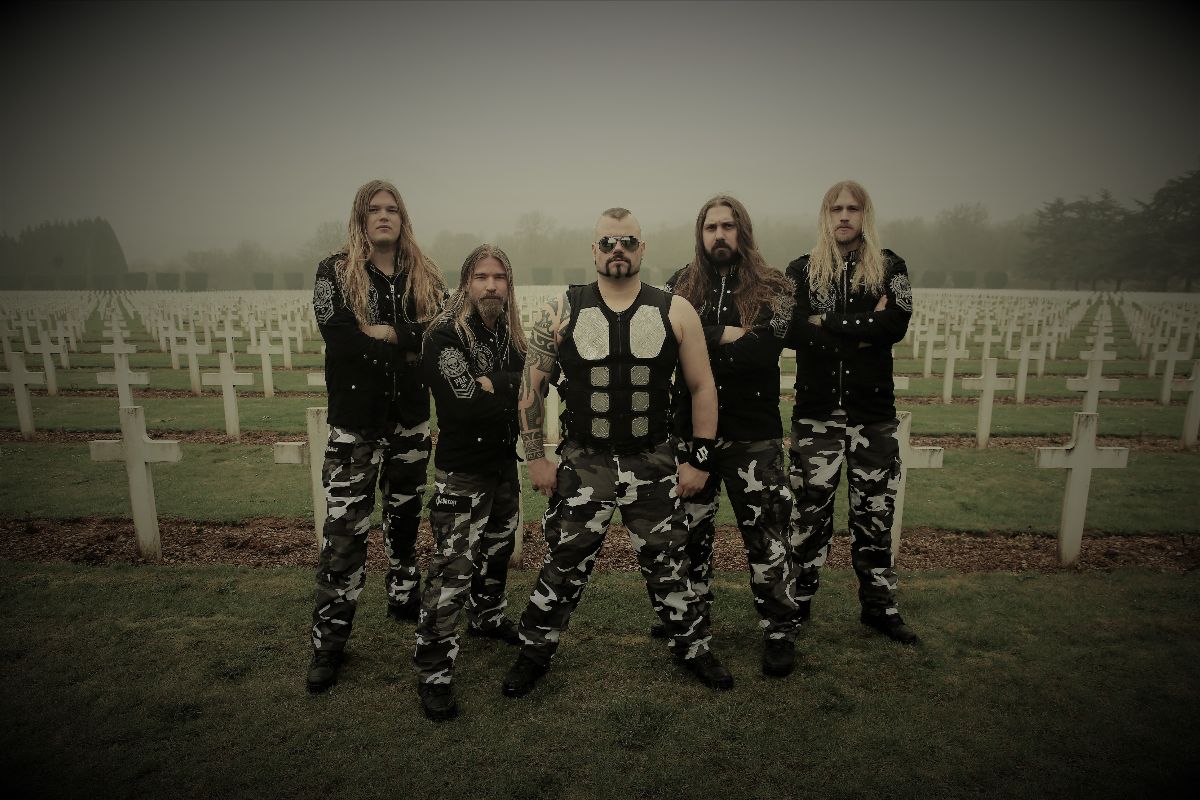 Swedish heavy metal heroes SABATON are set to release their new album ‘The Great War’ on July 19th, 2019. Today the band reveals the first album trailer, in which Joakim Broden and Pär Sundström talk about different aspects of the album.
Watch it here: https://www.youtube.com/watch?v=YZL8aG9PXtM

Bassist Pär Sundström comments: “We choose ‘Fields of Verdun’ to be the first single since we felt it represent the album perfect, a classic SABATON metal song which we cannot wait to include in the future setlists. The story of the battle of Verdun is also very representative for the album since it has all elements that identifies with ‘The Great War’. Verdun is so much WW1 that we decided to hold the first album presentation in this city, inviting journalists from around the world to not just hear the album, but also understand the story behind it.

“This is not the first time we have sung about stories from this period in time, but now we felt the timing was right to make a full concept album about this war”,

If there is a band in heavy metal who fits the term ÔÇ£shootingstars of the last yearsÔÇØ, it is undoubtedly Sweden’s SABATON. That’s why it makes the Summer Breeze team especially happy they were able [Read »]