ROTTING CHRIST are now unveiling the cover artwork and track list for their upcoming album ‘The Heretics’ which will be released on February 15th, 2019 via Season of Mist. The artwork, which is created by Greek artist Maximos Manolis, and the track list can be viewed below.

ROTTING CHRIST are currently touring Europe in support of the mighty WATAIN. All remaining dates can be found below. 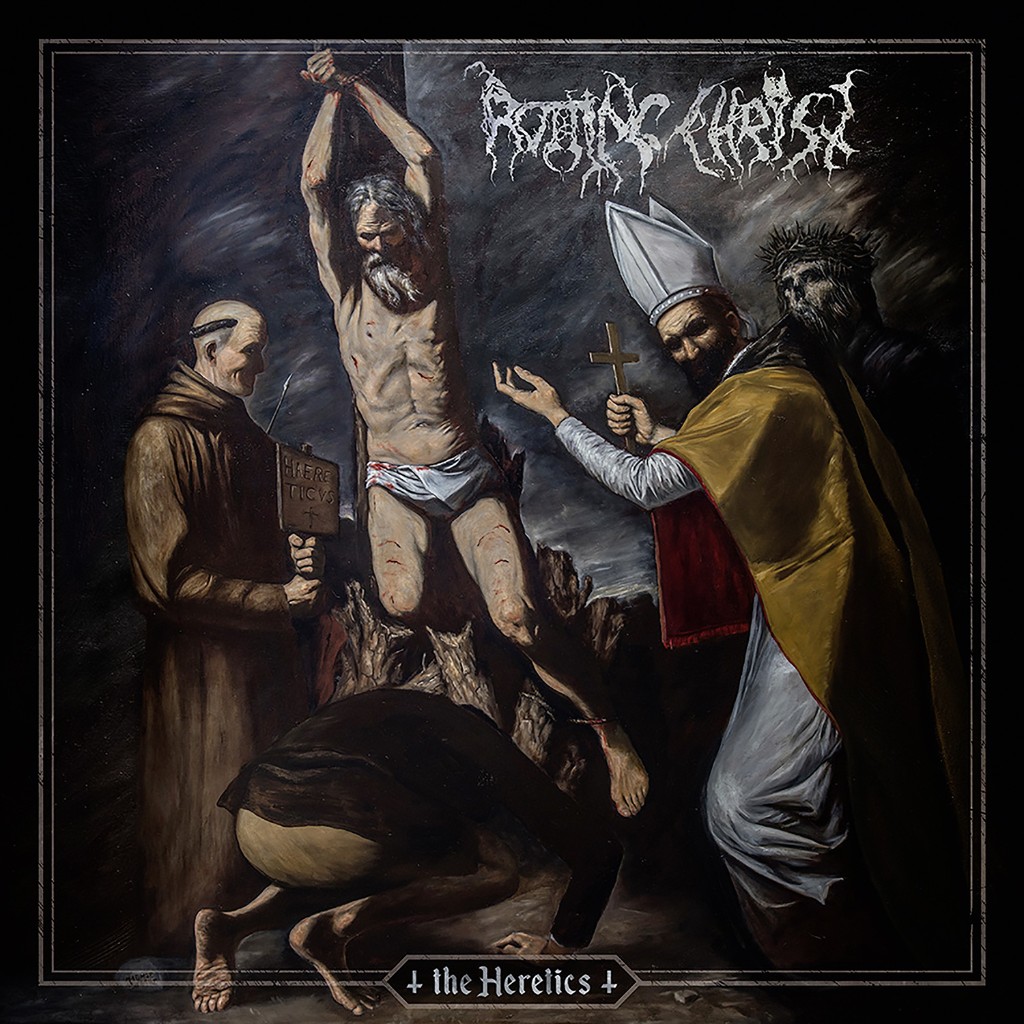 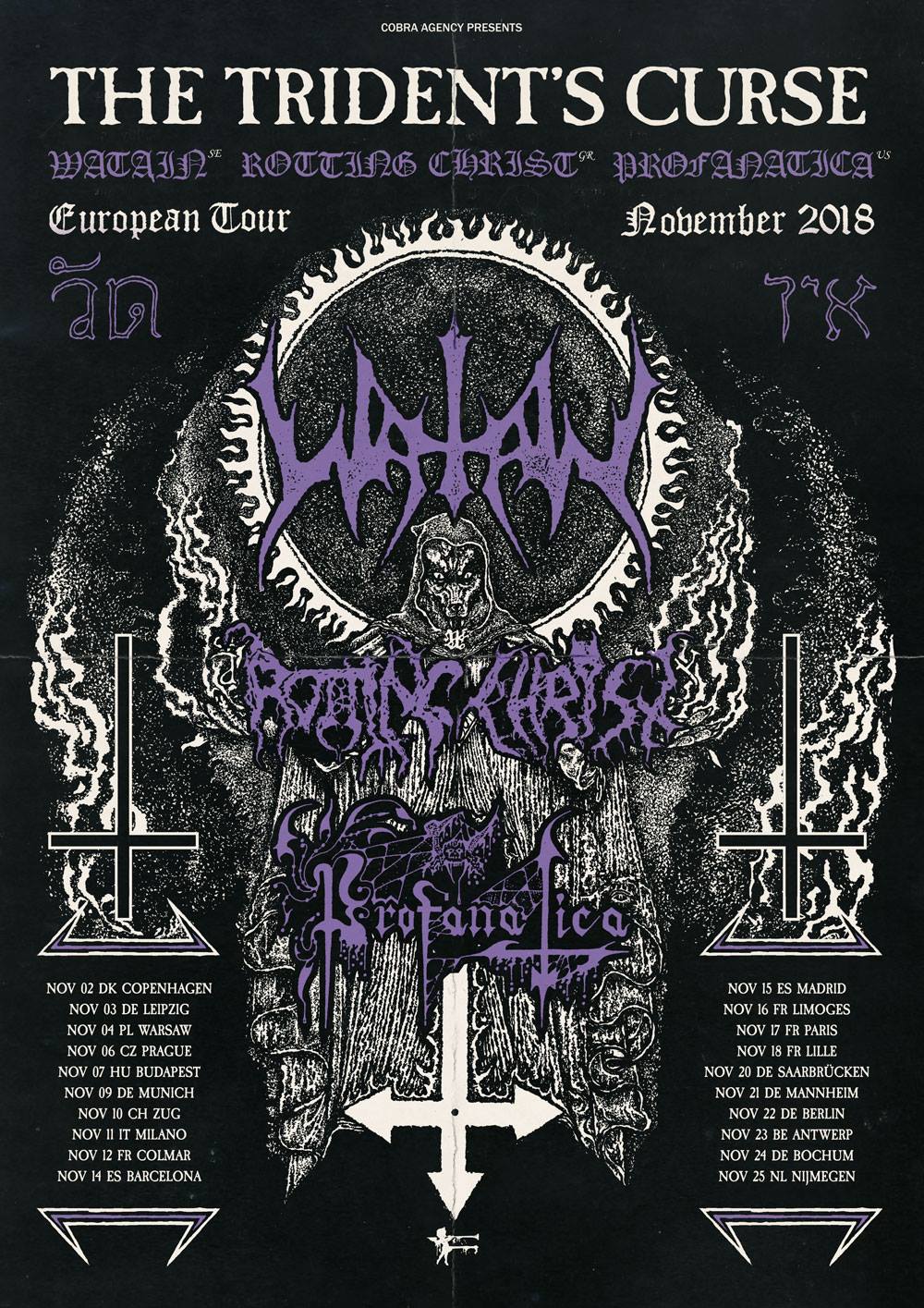 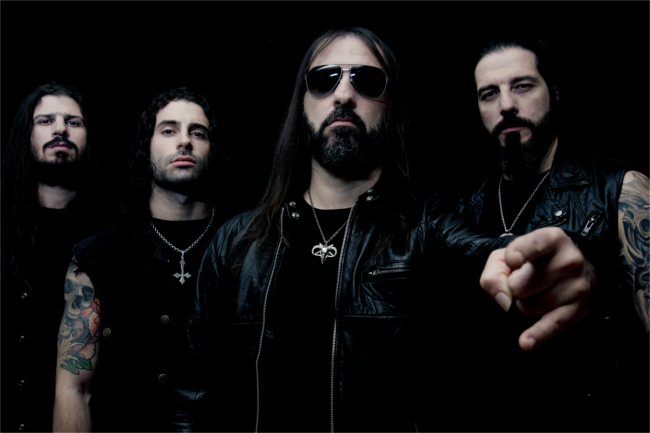 ROTTING CHRIST have reached another peak in their long career that now spans over more than three decades. The Greeks have literally stood the test of time. With a steady core line-up and their well-honed live delivery, ROTTING CHRIST are filling concert halls and reap enthusiastic crowd reactions wherever they go. This demonstration of love from their followers is not just driven by nostalgia as the band has managed to evolve and grow, while staying relevant beyond the classics with their highly acclaimed latest albums such as ‘Aealo’ (2010), ‘Κατά τον δαίμονα εαυτού’ (2013), and ‘Rituals’ (2016). With the new offering ‘The Heretics’, ROTTING CHRIST are opening a brand new chapter. With confidence and skills derived from experience, each song represents its own sonic universe. Guitarist and vocalist Sakis Tolis in collaboration with his brother Themis on drums achieve a perfect balance of amalgamating their classic and unique style of riffing and rhythm with exciting new elements sprinkled in to keep their material exciting and fresh. The experience is enhanced by Jens Bogren’s equally clear and transparent yet also massive as well as sombre mix and mastering at his widely renowned Fascination Street Studios (AMORPHIS, BORKNAGAR, MOONSPELL, DEVIN TOWNSEND, and many more). ROTTING CHRIST were founded by Sakis Tolis and his brother Themis in the year 1987. Starting out on a basis of death and grind, the Greeks had already embarked on a darker musical journey by the time their debut full-length ‘Thy Mighty Contract’ (1993) was revealed. On the following seven albums covering a ten-year period from ‘Non Serviam’ (1994) to ‘Sanctus Diavolos’ (2004), ROTTING CHRIST steadily defined their own distinct style by experimenting with elements from death, heavy, and gothic metal without betraying their black roots. At the same time, the band went from underground heroes to headliner status. With the highly acclaimed ninth album, ‘Theogonia’ (2007), the Greek stalwarts added an unmistakable native element to their sound, which has remained with them as a signature trademark ever since. Exploring the mythical legacy of cultures around the globe let to ROTTING CHRIST’s massively successful latest release, ‘Rituals’ (2016). With more than 30 years, 13 studio albums, a dozen EPs, singles and split releases, as well as more than 1.250 shows under their belt, 2018 marked the year of ‘Their Greatest Spells’ (2018), where they musically revisited their exciting legacy to connect their past with the present.Now ‘The Heretics’ marks another step in the evolution of the Greek masters. Buckle up for a fascinating musical ride through the woes of religious wars, Zoroastrianism and the eternal war between good and evil.  Metal at its best!