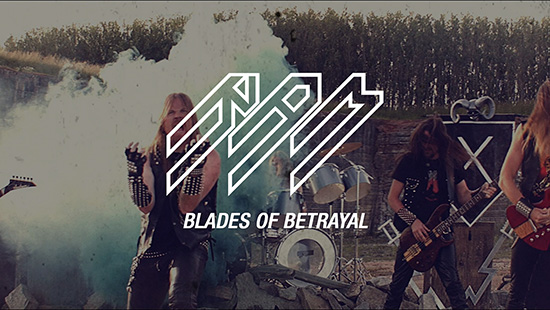 On September 13th, RAM will unleash their new album, The Throne Within, via Metal Blade Records. For a preview of the record, a video for the new single, “Blades of Betrayal”, can be viewed at: youtu.be/f_J_CVXKuqc

A lyric video for the previously released track, “Ravnfell”, can be seen at: metalblade.com/ram – where The Throne Within can also be pre-ordered in the following formats: 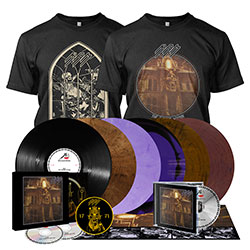 There can be few better ways to mark the 20th anniversary of your band than releasing the finest record of your career. In RAM‘s instance, this comes in the form of The Throne Within, the Swedish quintet upping their game across the board to deliver a record with deep roots in classic heavy metal but wielding an energy and freshness to it that places it very much in the now. “It is unmistakable RAM, there are fast songs, heavy songs, mid-tempo and slower tempos as well. There’s melody and there’s grit. The arrangements are recognizable but some may be unorthodox,” states founding guitarist Harry Granroth.

“This is a monumental album for us, and I am certain for our fans. We have worked very hard to bring our sound, songwriting and playing to the next level without leaving our Black Path of Heavy Metal Tyranny,” says vocalist Oscar Carlquist.

Unlike 2017’s stunning Rod, there is no concept unifying the lyrics, each song speaking for itself, and coming from dark places. Vocally, Oscar Carlquist delivers every line with his signature style, pushing himself to give the best possible performance – with Alan Averill of Primordial also appearing on “Ravnfell”.

The Throne Within track-listing