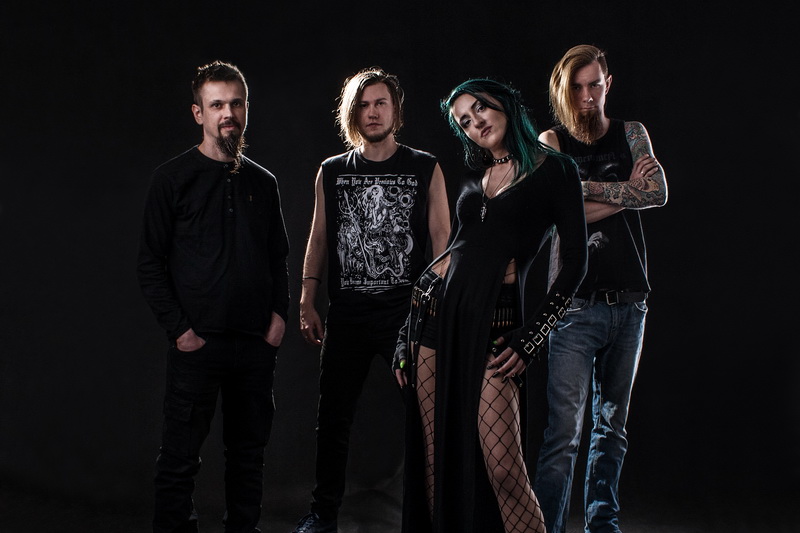 Arshenic is a rock/metal band from Poland. The music of Arshenic is inspired by such trends as art rock, alternative metal, progressive rock, goth metal, melodic metal and dark rock. The name of the band is a reference to arsenic, which is a poison and also a cure. That duality can be easily heard in the group’s songs. A strong female charismatic image is the calling card of the band and the sound is mainly defined by the various types of female vocals, both singing and screaming, clean and distorted guitars, diverse bass parts and dynamic drum playing with a little flavour of electronics, cellos and orchestral sounds in the background. Arshenic’s lyrics cover topics like individualism, self-expression and inner emotional states and are written mostly in a dark poetic manner.

The group was formed in 2007 in Poland by the vocalist Ofilia. That same year, Arshenic recorded material for their first EP. After that the group played numerous concerts and went on tour around Poland as a support for leading goth rock groups in their country while also recording their first promotional album. In 2015, after a 3 year hiatus and line-up changes, Arshenic started to work on new material which culminated in the EP Erased in 2016 plus the single and video for the track Monster. In 2018, the music video Unspoken was released which tells a twisted story about spirituality.

Their new album Final Collision is set for release via Sliptrick Records on August 20th 2019 with the single and official video release of Dear Remorse preceding that on May 15th 2019.