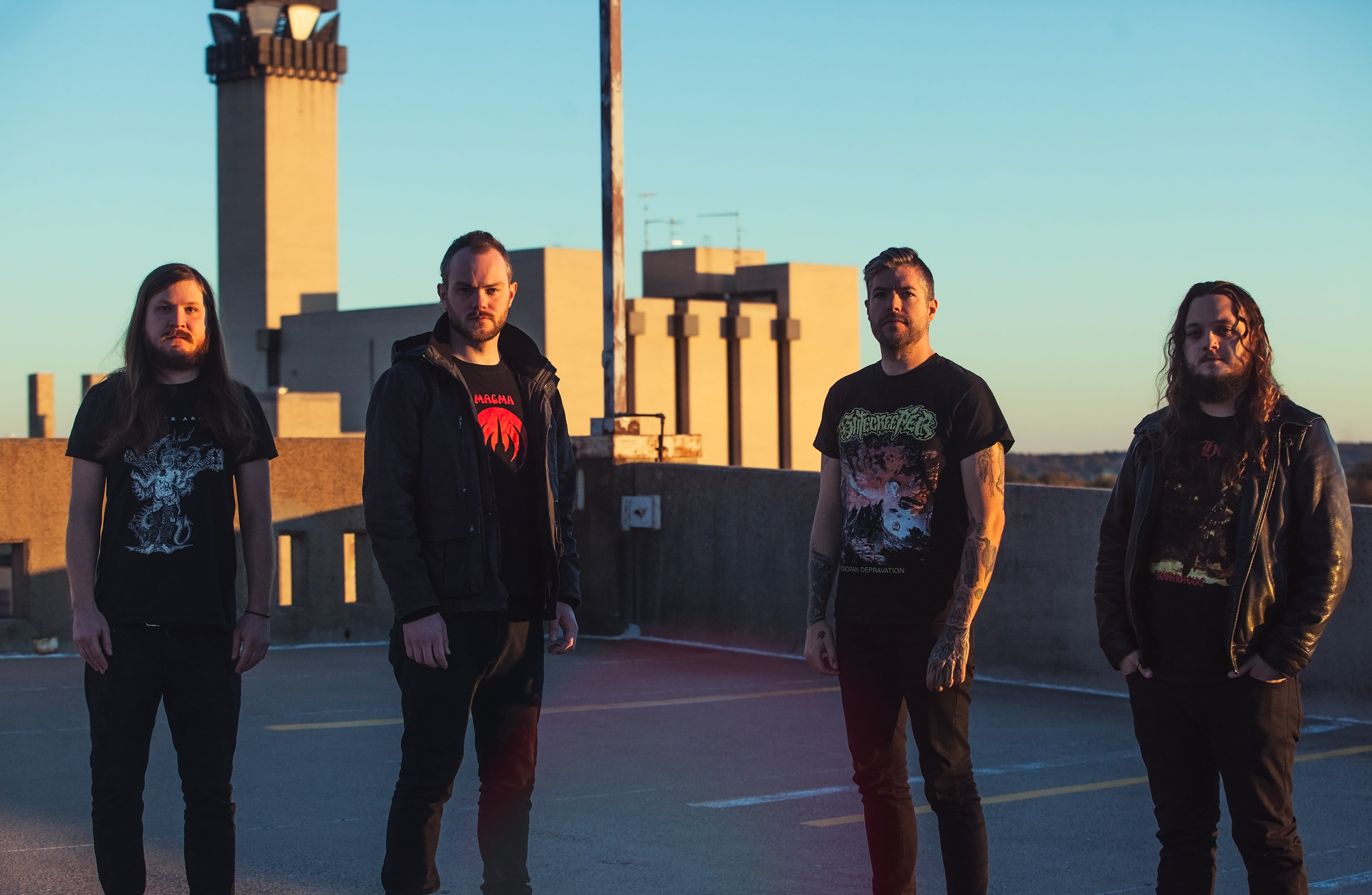 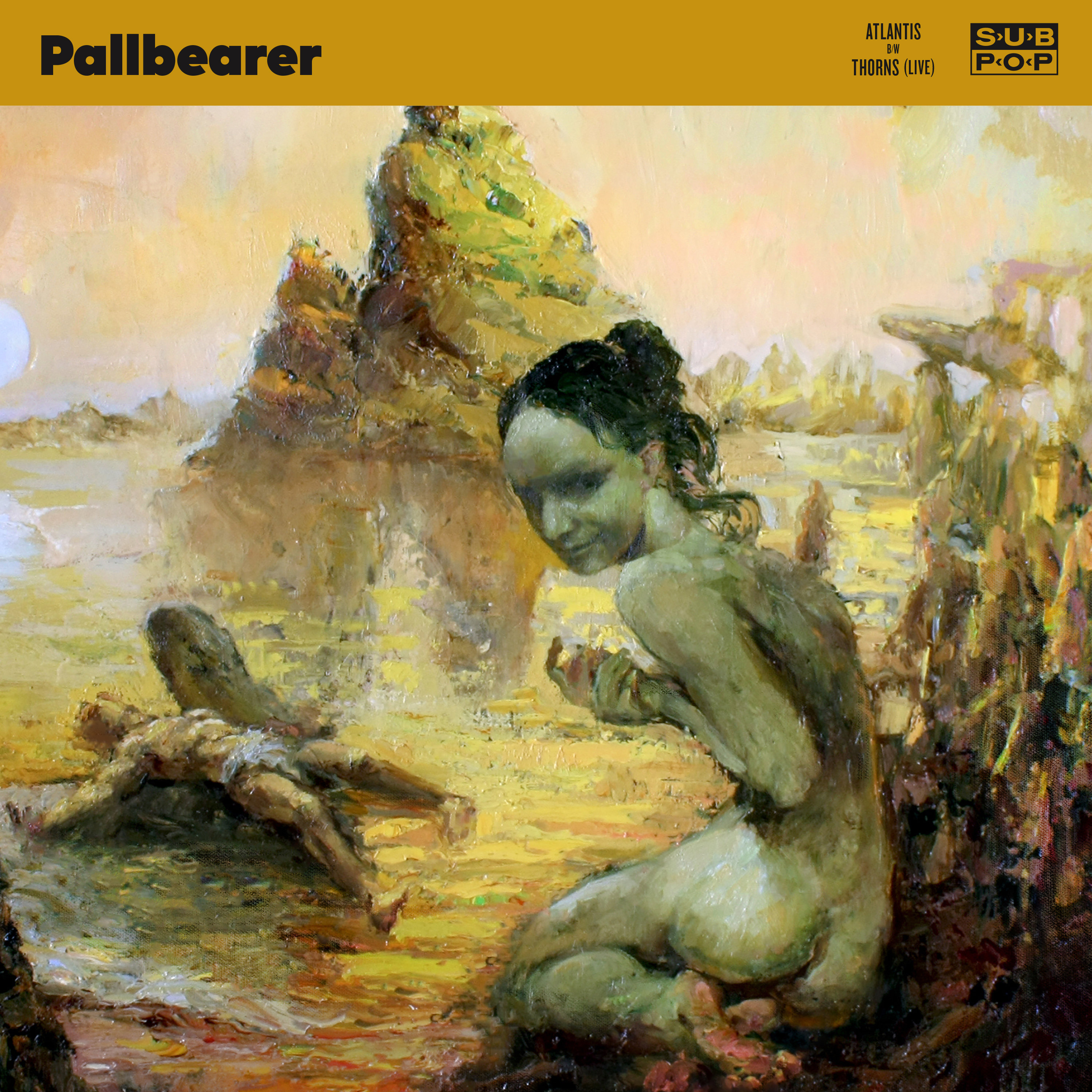 Revered purveyors of their own critically celebrated style of doom infused progressive rock/metal, PALLBEARER, have expanded their relationship with leading metal label, Nuclear Blast Records, announcing today that they’ve signed a worldwide deal and that Nuclear Blast will be the worldwide home for the band’s highly anticipated fourth full-length album.

“We are very honored to announce that we have signed a worldwide record deal with Nuclear Blast. We had the great privilege of working with them on the European distribution of our previous album, and it was quite clear that this was the next logical step for us. We greatly look forward to continuing our work with Monte Conner and his legendary team at the label, as well as being included amongst a truly unparalleled group of some of heavy music’s greatest artists of the modern era.”

In timing with the signing announcement, PALLBEARER has released a new single, ‘Atlantis,’ as part of Sub Pop Records’ recently revived »Sub Pop Singles Club.« The single is available for streaming here: https://geni.us/Pallbearer_Atlantis

“We’re very excited to finally be able to share another piece of new material with you. As many of you probably know by now, PALLBEARER has always been very “album-oriented” – when we are writing music, it’s often with the big picture in mind. However, we also thoroughly enjoy the opportunity to release pieces that might not necessarily fit into a larger album. Thanks to the Sub Pop Singles Series, we were thrilled to have the chance to write a brand new song, ‘Atlantis,’ plus also document how ‘Thorns,’ a song from our previous LP had taken on a different bit of attitude after being roadworn for a couple of years.”

PALLBEARER has announced a handful of summer dates, including shows with BARONESS and two special homestate shows where the band will be performing »Sorrow And Extinction« in its entirety. Dates are found below.

“Things have been relatively quiet on our front here, after wrapping up the »Heartless« touring cycle last October – but we’re coming out of our album-writing hibernation period to perform some select shows in July.

Things didn’t quite line up for us to perform a show commemorating the 10th anniversary of the band last year, but we’ll be performing two dates in our homestate that will unofficially be a celebration of one whole decade of PALLBEARER in the books so far! We’ll be performing »Sorrow And Extinction« + other selections from our history at both of these shows. We’ve also teamed up with our esteemed friends at Lost Forty Brewing to bring a new limited beer, a Czech-style Pilsner dubbed ‘The Legend’ (plus other surprises!) which will be available at these dates.”

And, since these two Arkansas dates are over a week apart, we managed to sneak a few other regional shows in there too. Hope to see you there!” – PALLBEARER

The Little Rock, Arkansas bred foursome, PALLBEARER, arrived on the doom metal scene in 2012 with a stunning debut full-length, »Sorrow And Extinction«, which was described by Pitchfork.com as “startlingly well realized, with deep, sludgy guitar textures and proggy songs that are complemented by a sparkling melodic sensibility” and NPR.org stating, “These are songs that challenge the doom gods themselves for a place on the throne.”

Over the last decade, critical praise rained as PALLBEARER released the 2014’s lauded »Foundations Of Burden« (“monstrous riffs that turn out to be gentle giants, with sheer beauty imbuing every guitar layer” – PasteMagazine.com) and their most recent album, 2017’s »Heartless« (“PALLBEARER is living proof of an old cliché: good things come in threes” – ConsequenceOfSound.net).