TOXIKULL from Portugal are one of the recent signings of Metal on Metal Records.

The band’s second album “Cursed and Punished” is slated for September release.

This year we already released an album of a Portuguese band, MIDNIGHT PRIEST, and now we are happy to officially announce the co-operation with another act from this country, TOXIKULL. Both bands share the very talented screamer, Lex Thunder, who also plays guitar here. Their music is more of a mix of styles, with heavy and speed metal being the main ones, but on their previous releases there was also some thrash and US style power noticeable. Just a few days ago we received a preview of their new album, and all we can say it is more killer than we expected, and we already had high expectations after their last EP, “The Nightraiser”. It will be titled “Cursed and Punished” and released in mid-September. Apart from the obvious similarities to MIDNIGHT PRIEST because of the vocals, it can be best compared to JUDAS PRIEST, AGENT STEEL, RAM, ENFORCER, VICIOUS RUMORS, HELSTAR and early HELLOWEEN and SCANNER.” 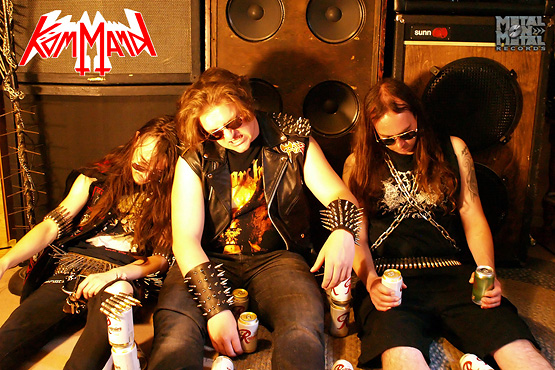 KÖMMAND, an old school black/thrash metal band from the USA have recently signed with Metal on Metal Records for the release of their sophomore album “Savage Overkill”, scheduled for the end of this month. The band’s debut album “Nekrö Kömmandö Attack!” can be checked on their Bandcamp page.

“We’re chuffed to introduce another band joining our roster this year, KÖMMAND from Seattle, WA. There was no way we could resist these filthy and raw black/thrash sounds! As they wrote themselves, the band “reared its ugly ümlauts to crush all wimps, punish eardrums, and speedböoze to oblivion in honor of the eternal RIFF”. Hearing only their debut album from 2017 was enough for us to offer them a deal, but after hearing their new one, we know it will rip some heads off. Fans of bands such as AURA NOIR, DARKTHRONE, SARKE, BEWITCHED, NOCTURNAL BREED, RUST, OMEGA, BARBARIAN or BUNKER 66 will love this stuff!” 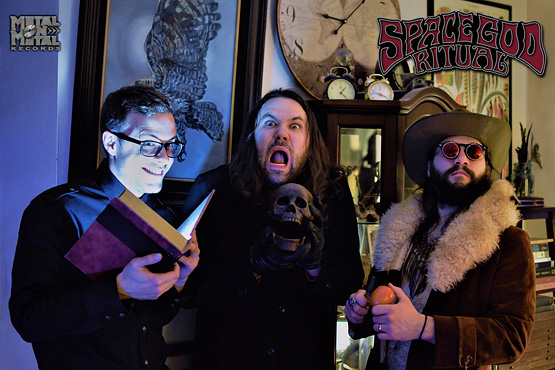 Metal on Metal Records announced the signing of SPACE GOD RITUAL a Lovecraftian doom metal band from Portland, OR, and immediate release of their new, 5th full-length album “The Unknown Wants You Dead!”.

” We’ve just broken a few or our own rules and preferences. First of all, we don’t add new bands and releases once our release schedule is finalized in early April and the songs for our annual compilation chosen. Then, we are not interested in releasing albums which have already been released in some form. We also have a preference for working with bands from Europe and it’s important for us that they are active live. But all these things can be ignored if the band is as brilliant as SPACE GOD RITUAL from Portland, OR, a Lovecraftian doom metal trio, who have just released their new album on Bandcamp. Their proto doom style with orchestrations bringing to mind a horror movie score, awesome, often theatrical vocals and a huge dose of eeriness will certainly appeal to fans of ARKHAM WITCH, THE LAMP OF THOTH, PENTAGRAM, LUCIFER’S FALL, HELL and BLACK SABBATH.”

“The Unknown Wants You Dead!” will be released on CD on July 25th, and later on made available from all relevant digital platforms. For now, you can also listen to their previous album from 2016 “Tentagram” and other ones on Bandcamp. 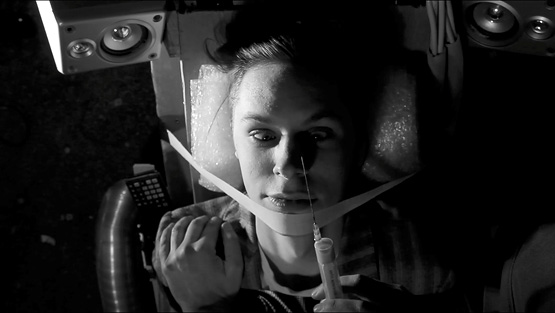 German blackened thrash metal veterans OUTRAGE have recently filmed a video for “Parasite”, a song off their 2017 album “And the Bedlam Broke Loose”, released by Metal on Metal Records. The clip can be watched on YouTube. It was filmed and edited by Benedikt Hartlieb, based on his and the band’s founder and guitarist Udo F. “The Bringer of Doom” original idea.

OUTRAGE from Pforzheim, Germany, were formed in 1983 and belonged to the first wave of black metal, which now would be described as black/thrash. They stayed under the radar for many years, remaining one of the most obscure bands in this genre, in spite of releasing 4 demos in the ’80s and putting out 6 CDs after the reunion in 2004. In 2011 they signed with Metal on Metal Records which released “Go to Hell” (an album consisting of re-recorded versions of their early demos songs) the same year, “We the Dead” CD in 2014 and “And the Bedlam Broke Loose” in 2017.

More info about the band can be found on the OUTRAGE page on the label’s website and on the band’s Facebook page.