After successfully concluding their burial procession through Europe, NECROWRETCH are kicking off their previously announced Asian tour at the Morbid Metal Fest (Singapore) tomorrow, November 02. A full list of confirmed shows can be found below. Front-man Vlad comments on the tour:

“We are back in Asia to deliver our pure satanic death metal. Many people are waiting for us for many years, and we’re really glad to establish a connection with this part of the world. Due to others issues and commitments, Desecrator and Ilmar cant be part of this leg so french black metal FHOI MYORE’s drummer Nico will handle the drums during the tour.” 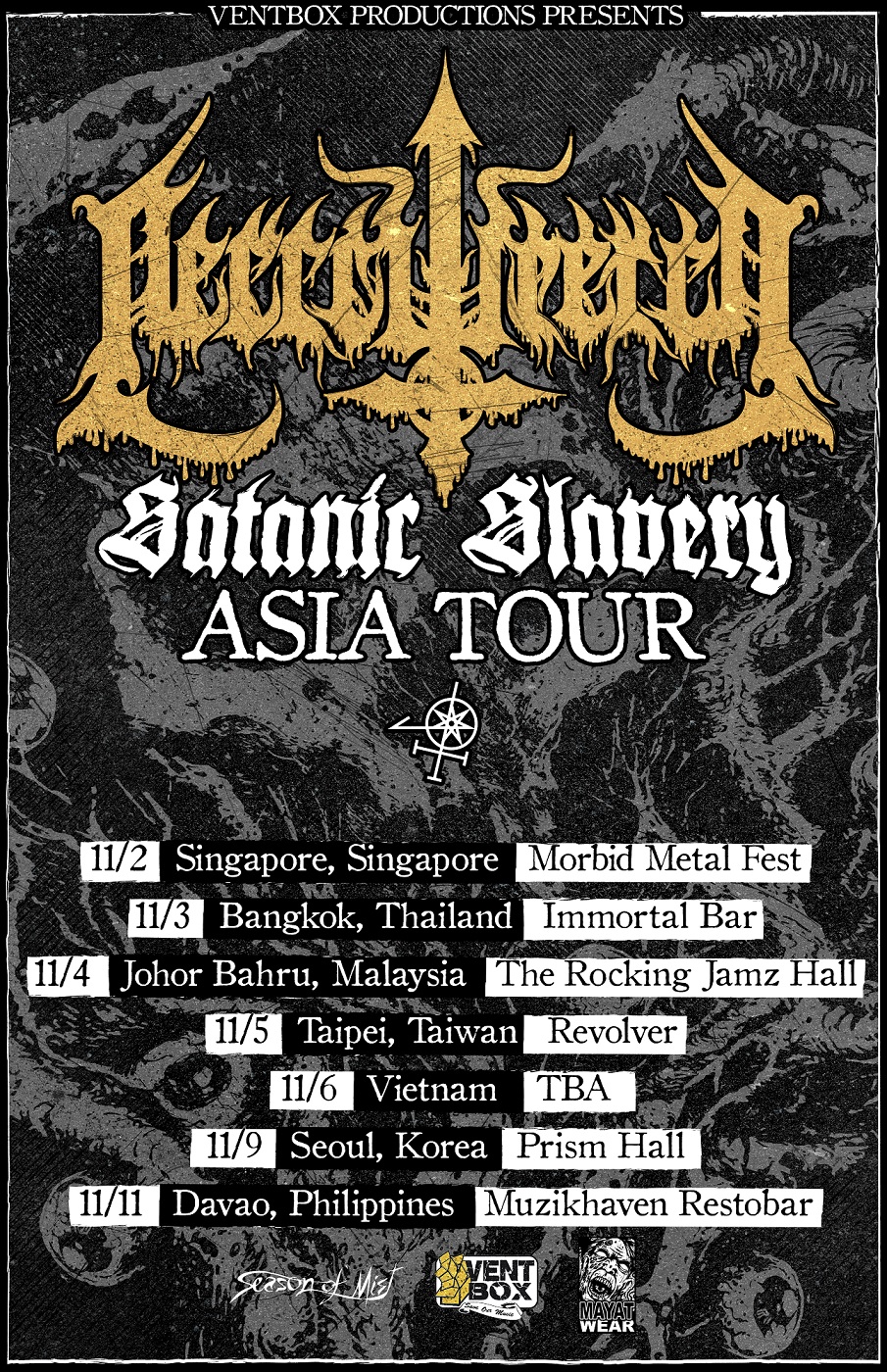 In celebration of the tour, the band released a brand new video of the song “Tredeciman Blackfire”, which can be listened to via the official Season of Mist YouTube channel below.

“Satan’s Sorcery ! Today marks the unleash of the long awaited video for ‘Tredeciman Blackfire’. Shot during shows and rehearsals, this video shows one of our most savage songs!” 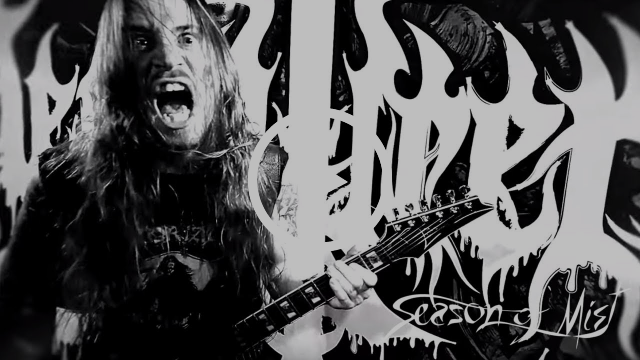 NECROWRETCH are touring in support of their current album, ‘Satanic Slavery’, which can be listened to here. The artwork and track list can be viewed below. 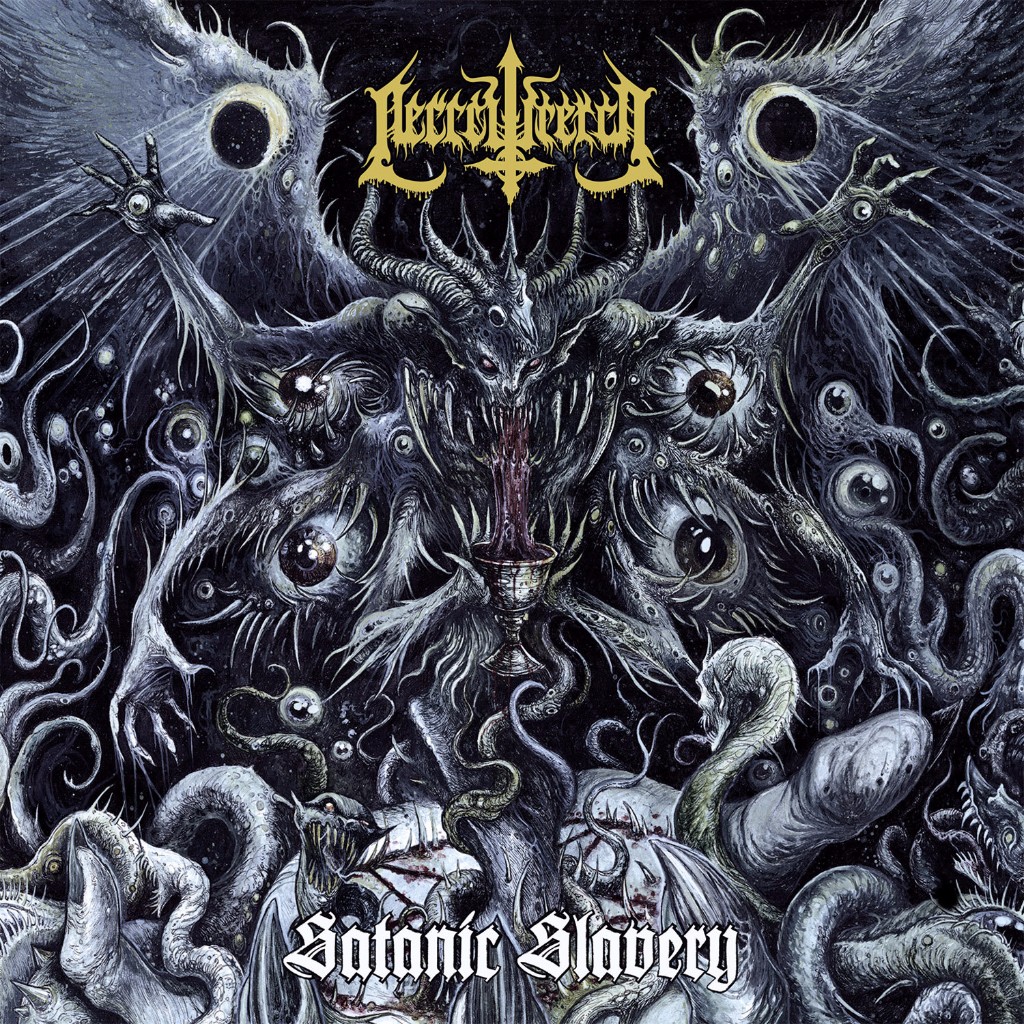 8. Verses from the Depths 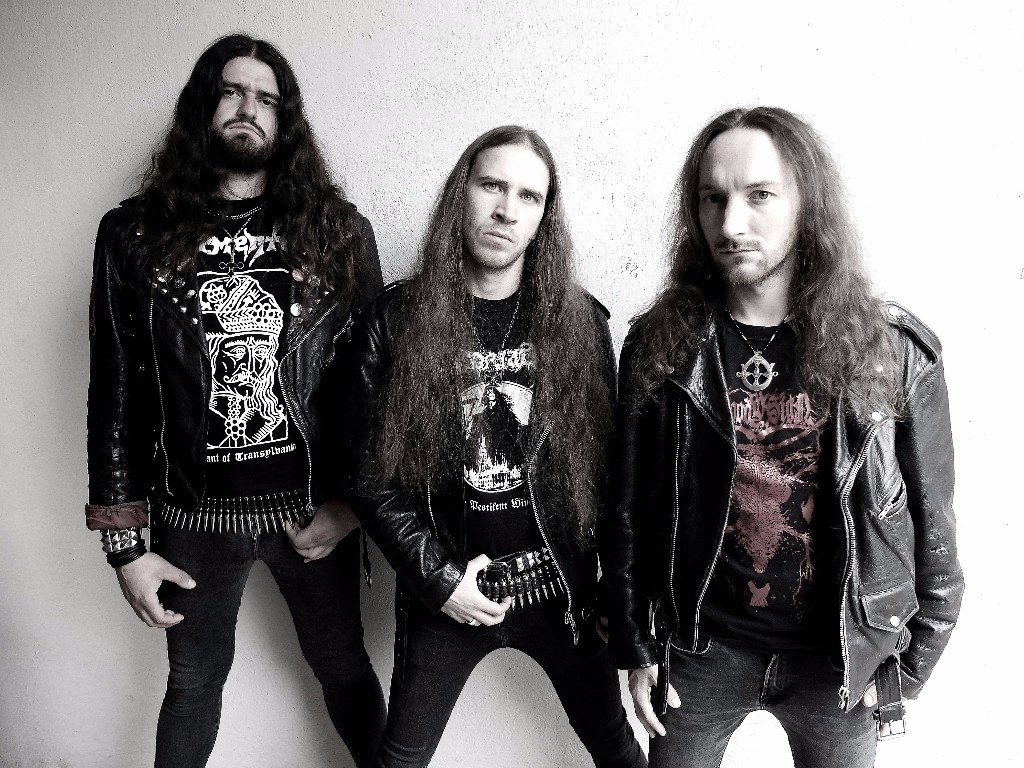 Third strike is deadly. NECROWRETCH hammer out album number three in an all-out attack on everything that is glossy and polished in modern metal. ‘Satanic Slavery’ is dirty, gritty, mean, and beautifully untamed. This record spells DEATH METAL in capital letters without embracing mindless nostalgia.

NECROWRETCH are letting their roots clearly shine through. Early death metal with clearly audible thrash elements play a large role on ‘Satanic Slavery’. Echoes of POSSESSED or DARK ANGEL are equally present as fiercely rasping black metal vocals, and the melodic attitude of Swedish influences with a dash of DISSECTION.

When harsh vocalist and guitarist Vlad created NECROWRETCH almost ten years ago, he drew inspiration from various extreme sources such as IMPALED NAZARENE, NIHILIST, and MARDUK as well as Floridian and South American death metal acts. After several line up changes, Vlad was joined by drummer Ilmar in 2013 and NECROWRETCH immediately hit the scene hard when their debut full-length ‘Putrid Death Sorcery’ arrived with a massive impact the same year. Their strong connection to the underground was emphasised with a following compilation of earlier material under the name ‘Bestial Rites 2009 – 2012’ (2013). With sophomore album ‘With Serpents Scourge’ (2015), NECROWRETCH added some musical twists and turns that revealed influences by Swedish black death pioneers such as DARK FUNERAL, DISSECTION and NECROPHOBIC. Followed by several tours and festivals across Europe and Asia, NECROWRETCH have proven that French extreme metal is still alive and kicking! Now the French have perfected their gruesome vision of death metal without losing the original recipe which made their success. Brace for impact, NECROWRETCH offer true ‘Satanic Slavery’.