NE OBLIVISCARIS
and BEYOND CREATION embark on Australian tour dates

Progressive metal master NE OBLIVISCARIS are about to embark on a string of tour dates in Australia with label mates BEYOND CREATION, and CALIGULA’S HORSE, ALLEGAEON and RIVERS OF NIHIL. A full list of confirmed dates can be found below. 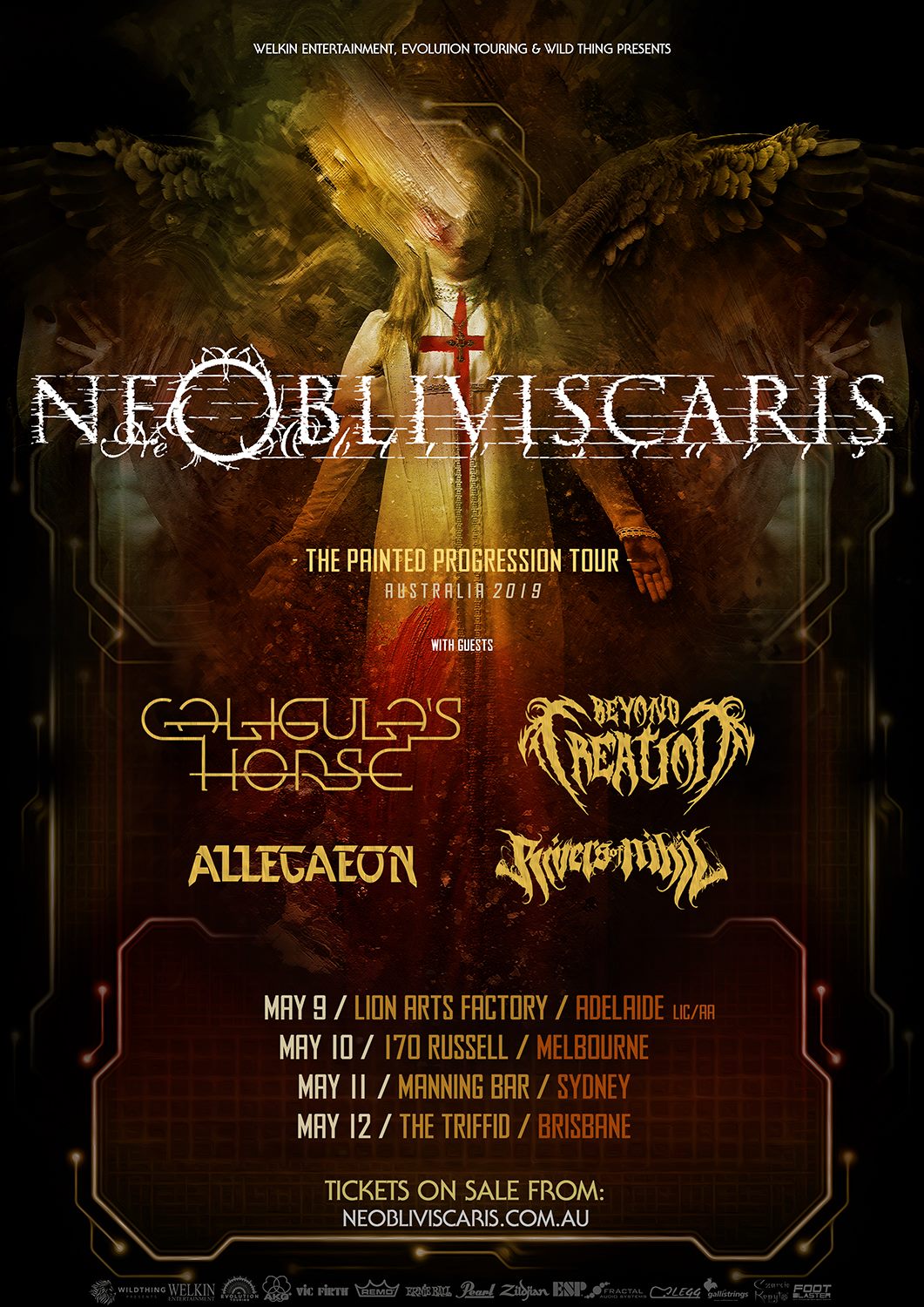 With BEYOND CREATION, CALIGULA’S HORSE, ALLEGAEON and RIVERS OF NIHIL 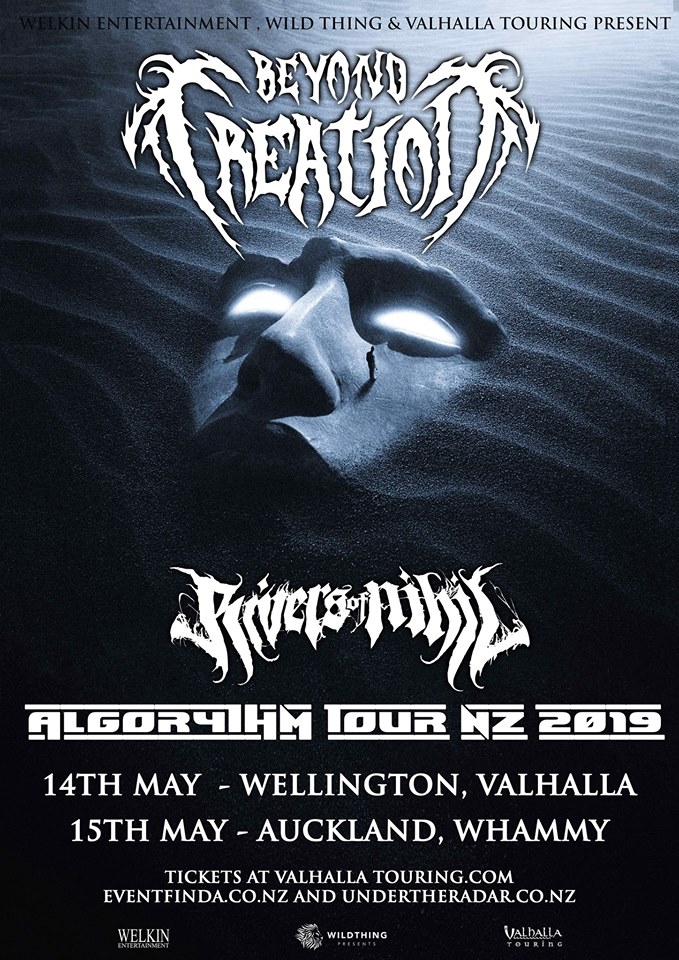 Besides the Australian tour, BEYOND CREATION will play extra dates in New Zealand together with RIVERS OF NIHIL on this run as well.

NE OBLIVISCARIS will be touring in support of their latest release ‘Urn’. The coverartwork and tracklist can be viewed below. 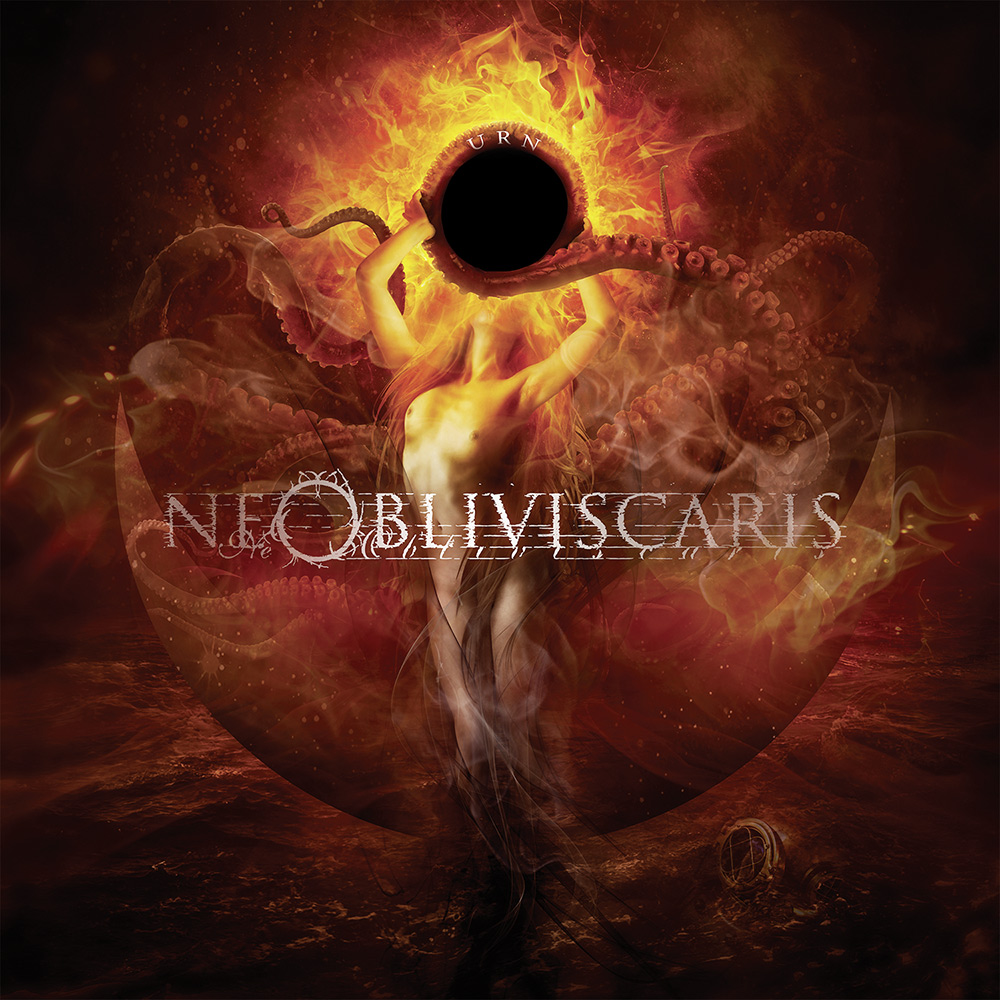 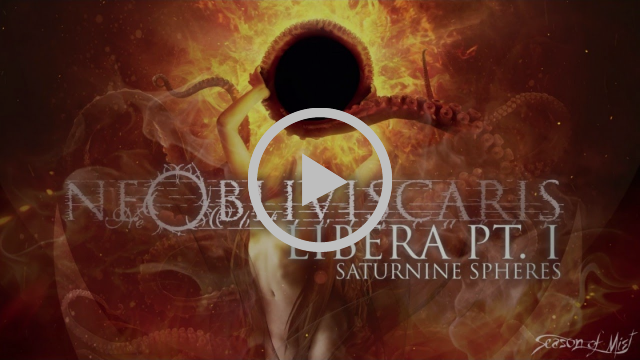 Listen to the full album here! 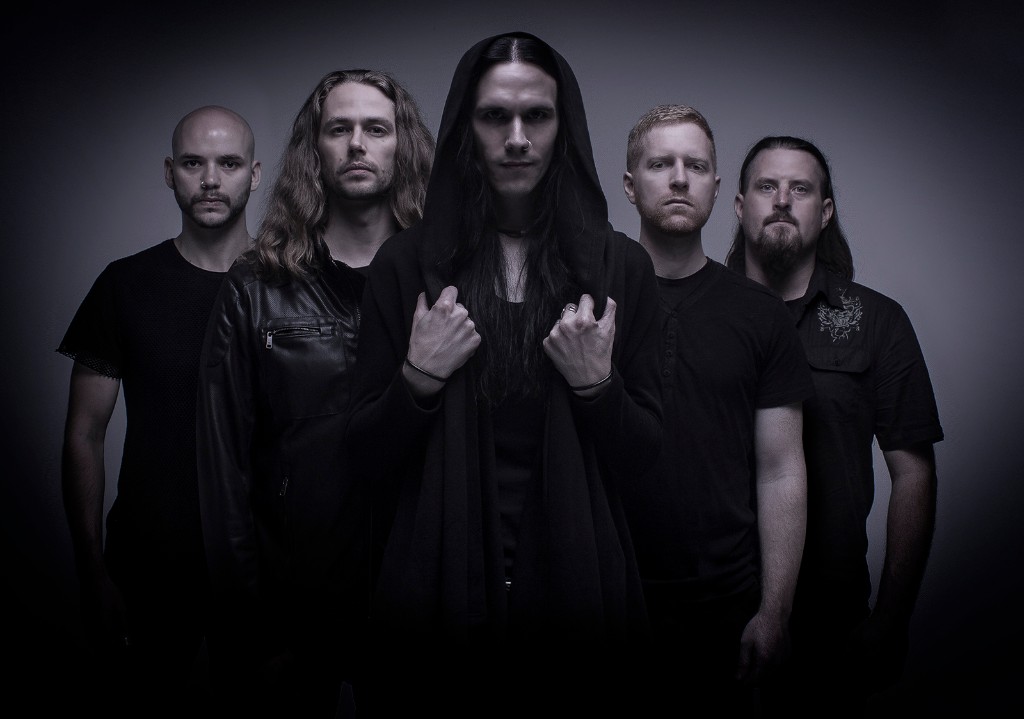 NE OBLIVISCARIS’ third album, ‘Urn’ is bound to be a career defining moment. The Australian extreme prog shooting stars have honed and re-balanced the key elements of their unique sound to a razor sharp musical edge. The dynamic entwining of fierce growls and emotive clean vocals, the contrast between devastating et intricate guitar riffs and thundering drums against an unleashed violin and gorgeous string parts as well as the perfect blending of epic progressive and intense extreme metal forms of expression are all marking a new peak in the steep rise of the band.

Founded in the beautiful Australian coastal city of Melbourne, Victoria in the year 2003, NE OBLIVISCARIS took the inspiration for their name from the proud motto of Clan Campbell based in Argyll, Scotland, which means “forget not”. From the start, this collective of exceptional musicians made it clear that they did not intend to follow any trends or walk on well-trodden paths. Their first demo, ‘The Aurora Veil’ (2007) had a massive impact in the metal underground far beyond the fifth continent and already their debut full-length ‘Portal of I’ (2012) reached mainstream music press, which praised a unique array of influences and the characteristic virtuoso violin.

NE OBLIVISCARIS immediately climbed remarkably higher on the ladder with sophomore opus ‘Citadel’ (2014) by adding avant-garde approaches including jazz, flamenco, progressive rock, and many other wide-ranged influences to their solid metal base.

Parallel to their success on a critical level and with an ever-growing host of die-hard fans, the Australians increased their reputation as an excellent live act with extensive touring literally around the globe. The financial base for this was laid by NE OBLIVISCARIS’ ground-breaking use of modern day crowd-funding campaigns. This includes an ongoing Patreon membership scheme under the moniker The Ne Obluminati, which is revolutionising the relationship between band and fans by using the ancient concept of patronage in today’s democratic setting.

‘Urn’ will lift NE OBLIVISCARIS to the next level. Outstanding musicianship meets excellent songwriting and a firework of brilliant ideas. Evening out the scales between extreme and progressive metal, the Aussies carve their own path. Spin ‘Urn’ on heavy rotation and NE OBLIVISCARIS will take you to a whole new dimension of musical delights.

Opeth, having grown in popularity and acceptance, are one of those bands that people will always having something to say about.  The positives are that they continually try new things with their sound and keep [Read »]

Every now and then, a band comes along that restores your faith in the art of musical creation.  With certain bands lacking a creative drive for excellence, it’s easy to get jaded as a music [Read »]