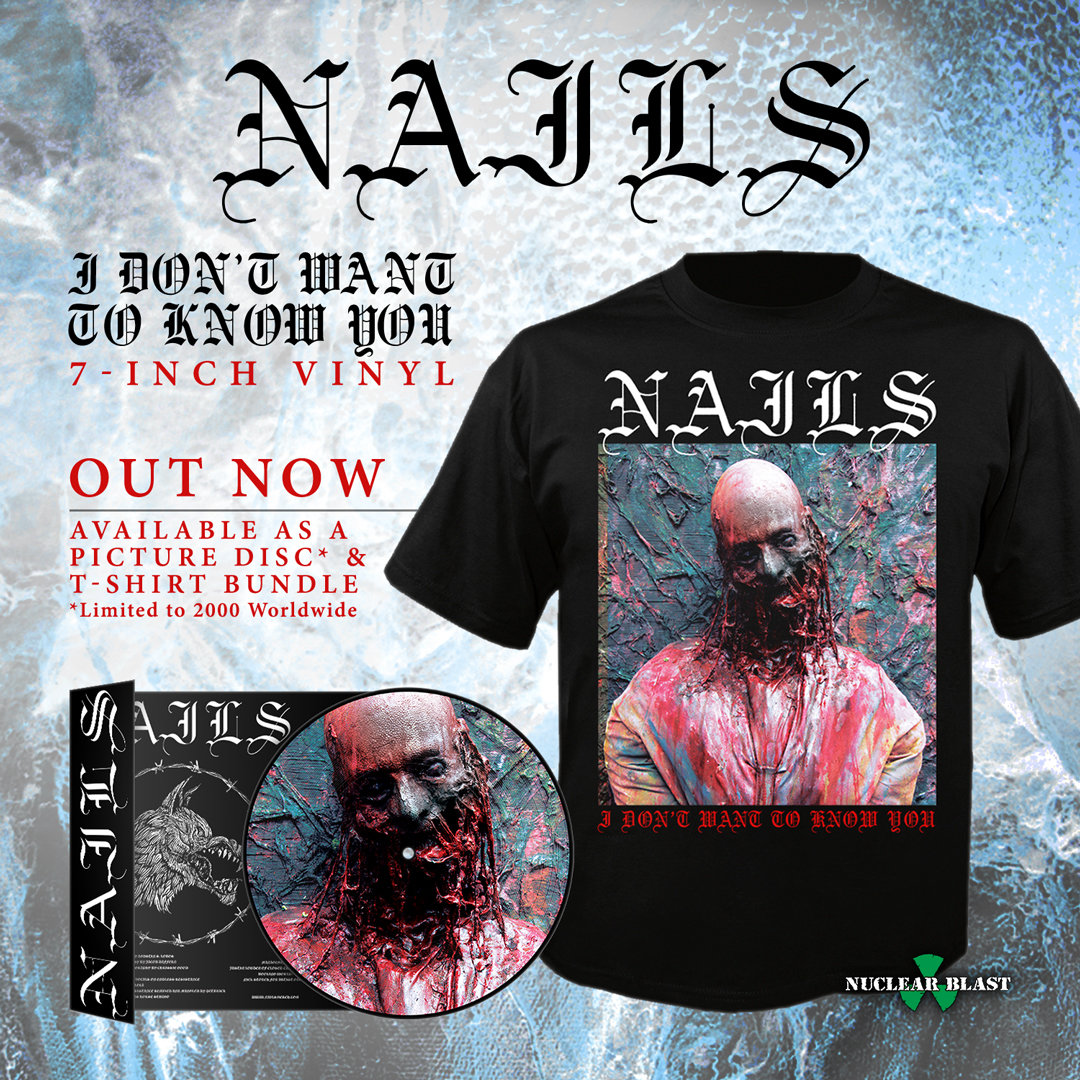 One of the most vicious bands in metal, NAILS, has released their critically praised new single, »I Don’t Want To Know You,« for stream and purchase on all digital platforms and today on limited edition 7″ vinyl. The single is paired with a ripping B-side ‘Endless Resistance,’ which features guest Max Cavalera (ex-SEPULTURA, SOULFLY, CAVALERA CONSPIRACY). The vinyl release also includes an additional remix of ‘Endless Resistance’ by PETBRICK (Wayne Adams, Iggor Cavalera).

Order »I Don’t Want To Know You« 7″ vinyl here: http://nuclearblast.com/nails-idwtky
Listen to the track in the NB New Releases Playlists:
http://nblast.de/SpotifyNewReleases / http://nblast.de/AppleMusicNewReleases

»I Don’t Want To Know You« was tracked by NAILS drummer Taylor Young, mixed by Kurt Ballou (CONVERGE) at GodCity Studio, and is the band’s first recording to feature their second guitarist Leon del Muerte (MURDER CONSTRUCT, NAUSEA, EXHUMED). NAILS has recently unveiled a music video for the new single that was directed by Nico Poalillo (GHOST, CHELSEA WOLFE). Watch it here: https://www.youtube.com/watch?v=b8mNK0vAk2s

“They sound like old gods returning to burn all life from the surface of the planet.”
Stereogum.com

“…more face-melting riffs and genuine vitriol in its brief, whiplashing span than many full albums.”
RevolverMag.com

The 7″ vinyl release comes in time for today’s launch of their mini-North American headline tour.
Tickets are on sale now at https://bit.ly/2wEvy5c.