Watch the new ‘My Favorite Memory’ music video, and stream it via Spotify or Apple Music 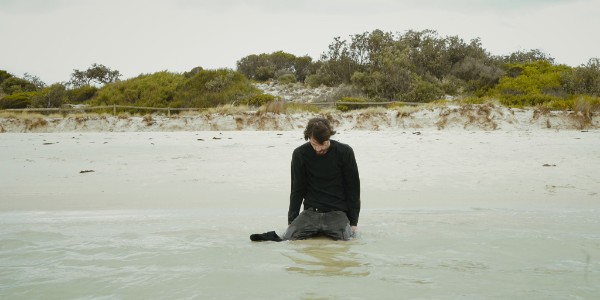 Australian melodic death-thrashers Naberus have revealed a new music video for the song ‘My Favorite Memory’. The video was directed by Cat Argiriou and edited by Consta Theoharpoulos. This is the third music video from their sophomore full-length album entitled Hollow, which was released via Eclipse Records on June 29, 2018. The video draws upon singer James Ash’s personal experience of his father’s battle with dementia. Watch the video at this location.

“We filmed the video over two days with most of the video being shot on a lovely sunny Melbourne day,” says lead singer James Ash. “When we finally filmed the beach scenes, this ended up happening on a cold overcast day. Tianna had to wade into the ocean and fall under the water. It was so cold that day, she was screaming and cursing us – you would never know though as we only saw her back.”

The album was produced by James Ash at Kremation Studios, mixed by Henrik Udd (Bring Me the Horizon, Architects, A Breach of Silence) and mastered by Ermin Hamidovic (Periphery, Devin Townsend Project). The album’s title track ‘Hollow’ is currently in Spotify’s New Metal Tracks and New Core playlists, and metal radio has been spinning the single heavily since its release!

Here’s just a handful of overwhelmingly positive reviews about Hollow:

(7/10) “The Australian underground scene never ceases to amaze me, and Naberus’ Hollow is a prime choice” – Kraykulla

(3.5/5): – “plenty of intensity and aggression blended with melody and groove” – Heavy Music HQ

Buy the full album on CD, iTunes, Amazon, or Google Play, and stream it via Spotify, Apple Music, Deezer, Pandora, iHeartRadio, and more here. For more information on Naberus, please visit them on Facebook, Twitter, or Eclipse Records.