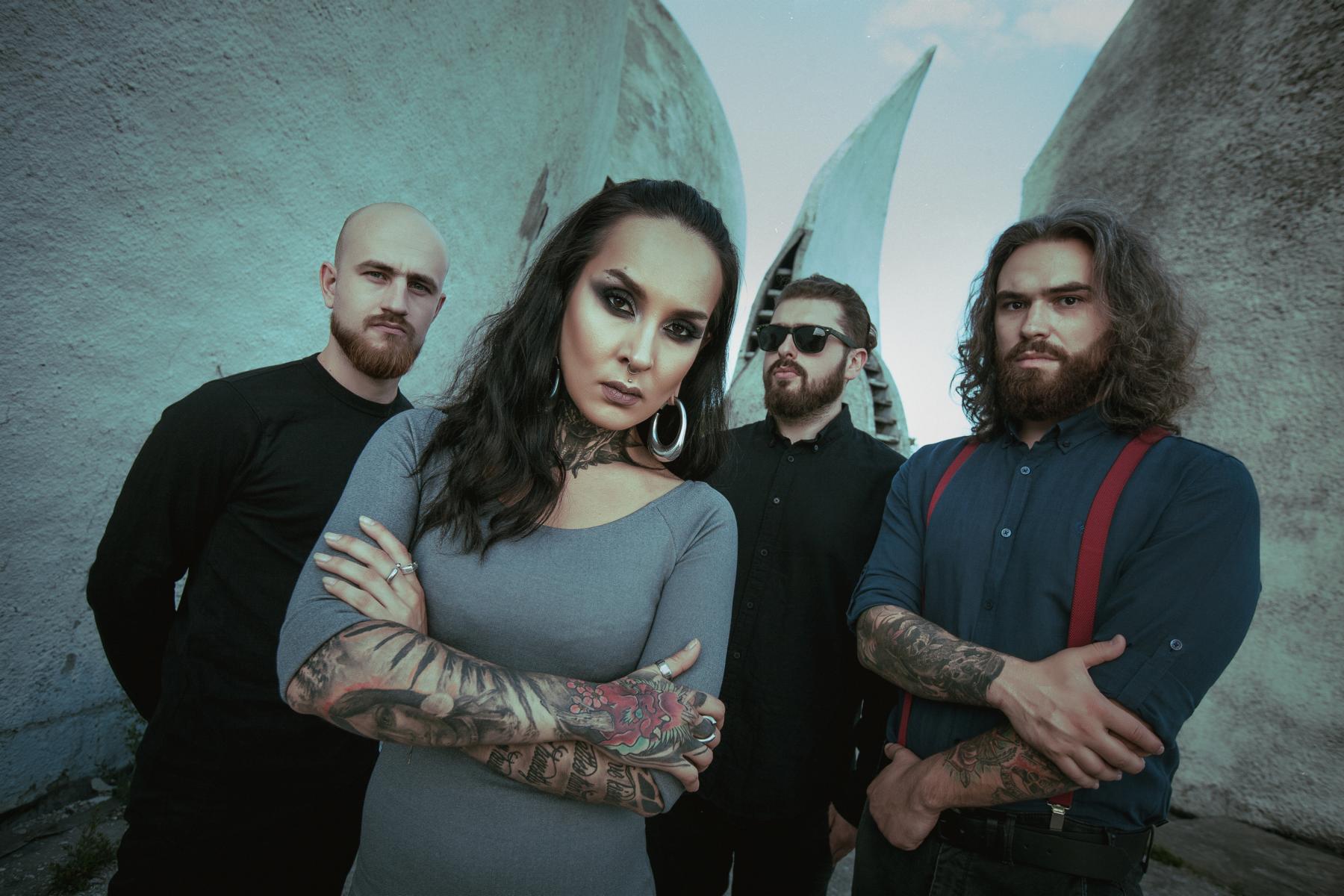 “A cocktail of modern prog metal, ‘Macro’ is the album where Jinjer show us what the future of heaviness sounds like” – Loudwire

The wait is over! Following up on the release of their most recent full-length album, 2016’s King of Everything, and this year’s Micro EP, Ukrainian modern metal frontrunners JINJER return with their game-changing new album, Macro. The album is set to be released via Napalm Records on October 25, 2019. Punishing riffs, aggressively blended vocals and astonishingly deep lyrics make Macro their most advanced and undeniable album yet – taking the listener on a journey of trauma, power struggle and greed with a progressive groove metal backdrop.

JINJER on Macro:
“Going from small things to bigger ones is the natural order of things, and we’ve paved a path from “Micro” to “Macro”, carrying the weight of feelings, emotions and experience. This is a monumental point in the story of JINJER, the quintessence of what makes us what we are now as the people and as a band. We are proud of every single note sung and played on “Macro” and can’t wait for you to give it a listen!”

In addition to announcing the release of their new album, JINJER have released a new single and official video, entitled “Judgement (& Punishment)”. “How many times have we reacted harshly to something just because we simply do not understand it? It seems like there is an innate human trait in all of us, when there is something unknown or unfamiliar that we tend to question the substance, to attack and finally to destroy it … just like primitive apes. But when it strikes back it might be too much to bare. Every action causes a reaction. Judgement (& Punishment) is a reaction. Just keep that in mind.” 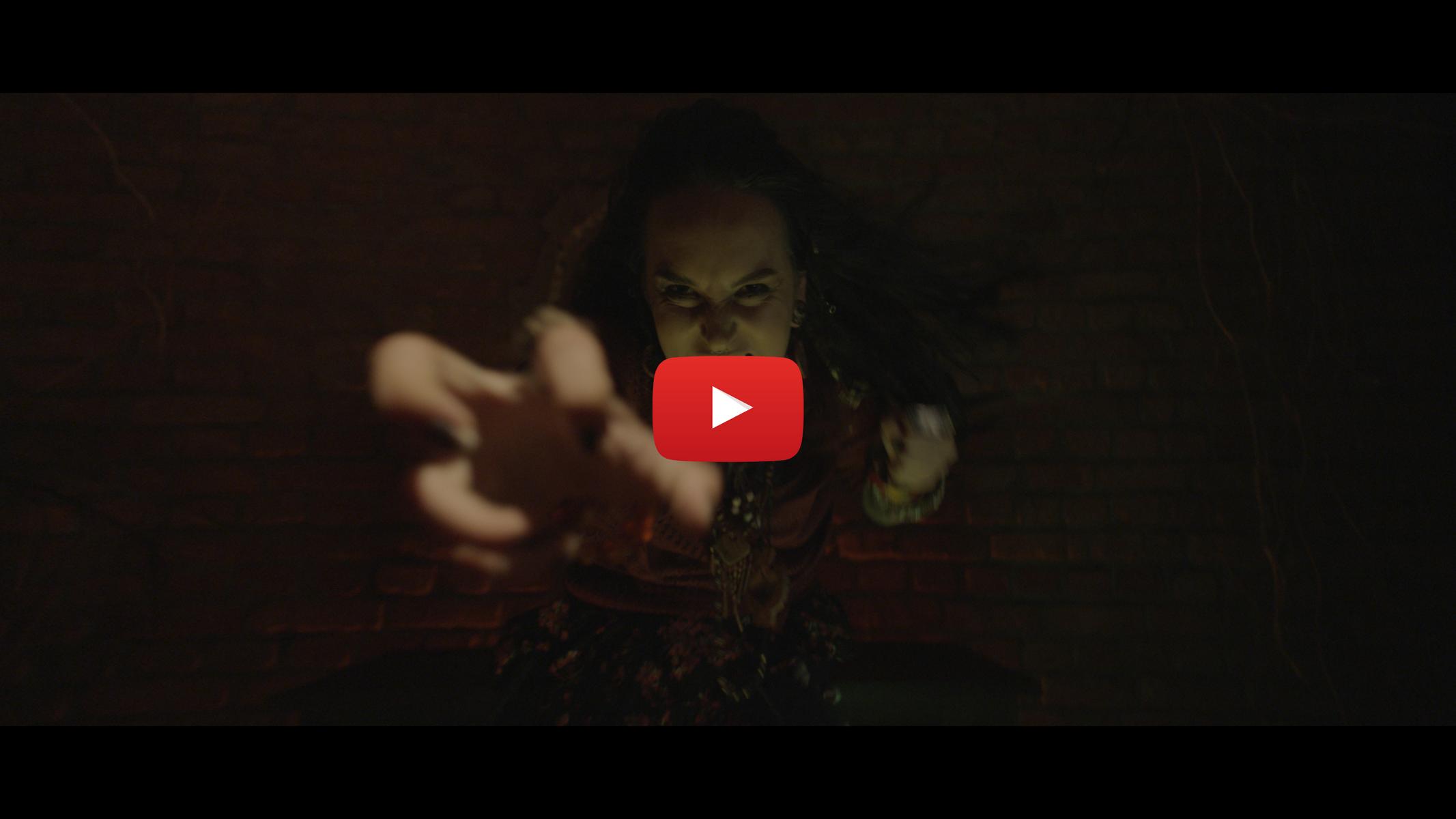 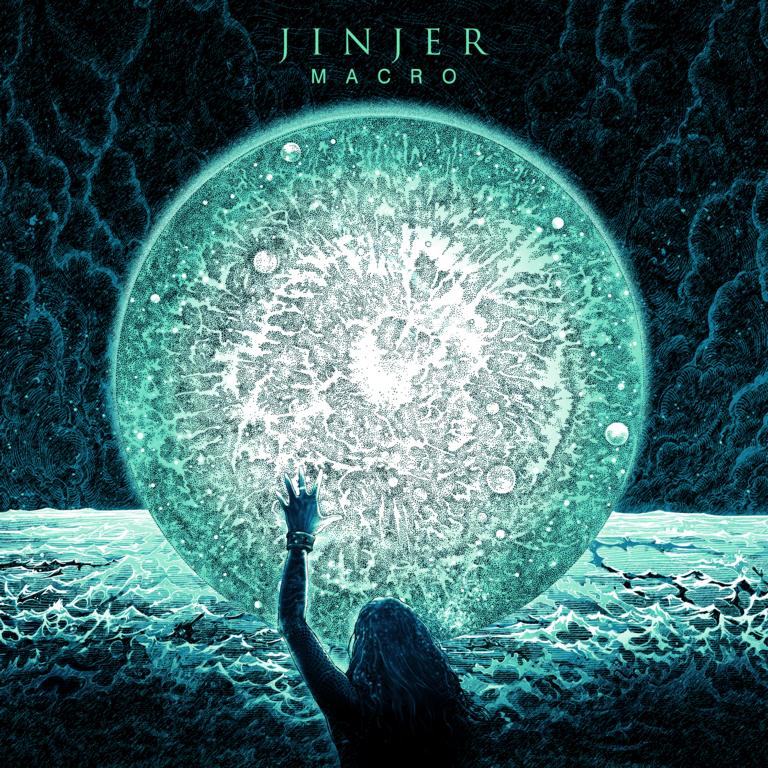 While January 2019’s Micro EP proved to be a short exercise in madness and technical brilliance, fans still aren’t prepared for what JINJER has in store with the absolutely unbridled Macro. Defying all boundaries, the aptly titled opening track, ‘On The Top‘, features the band`s eclectic trademarks and obeys one law only – their own. Frontwoman Tatiana Shmaylyuk defines the unique character of the Ukrainian act with menacing whispers, enthralling clean vocals and brutal growls whilst lethally groovy riff cascades melt into twisted songwriting. There is space for a microscopic bit of reggae “Judgement (& Punishment)” in all the heaviness, the double bass is beautifully out of control on ‘Pausing Death’, and technically superior tracks like ‘Home Back’ defy gravity.

Macro will be available in the following formats: 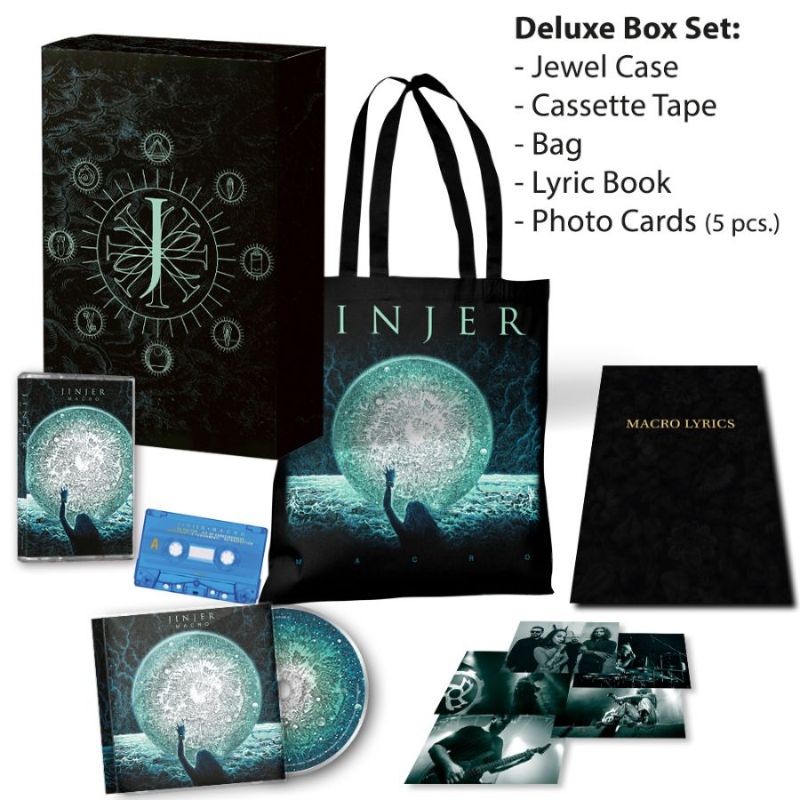 Catch JINJER on tour in the following cities: 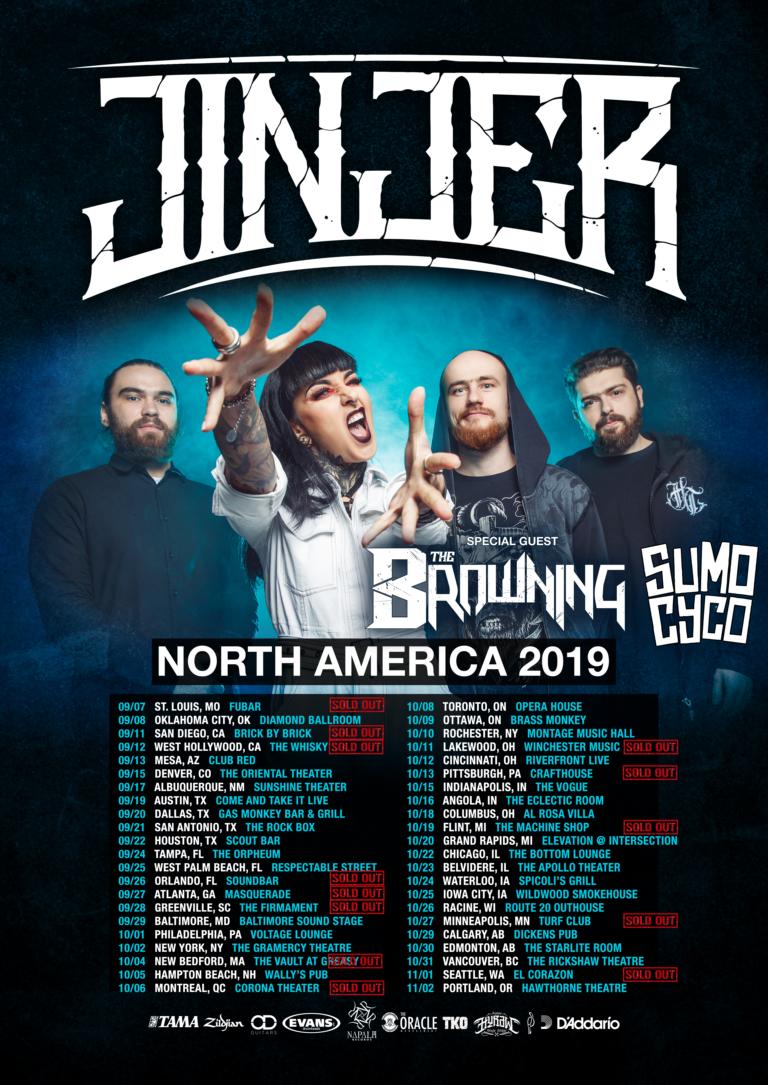 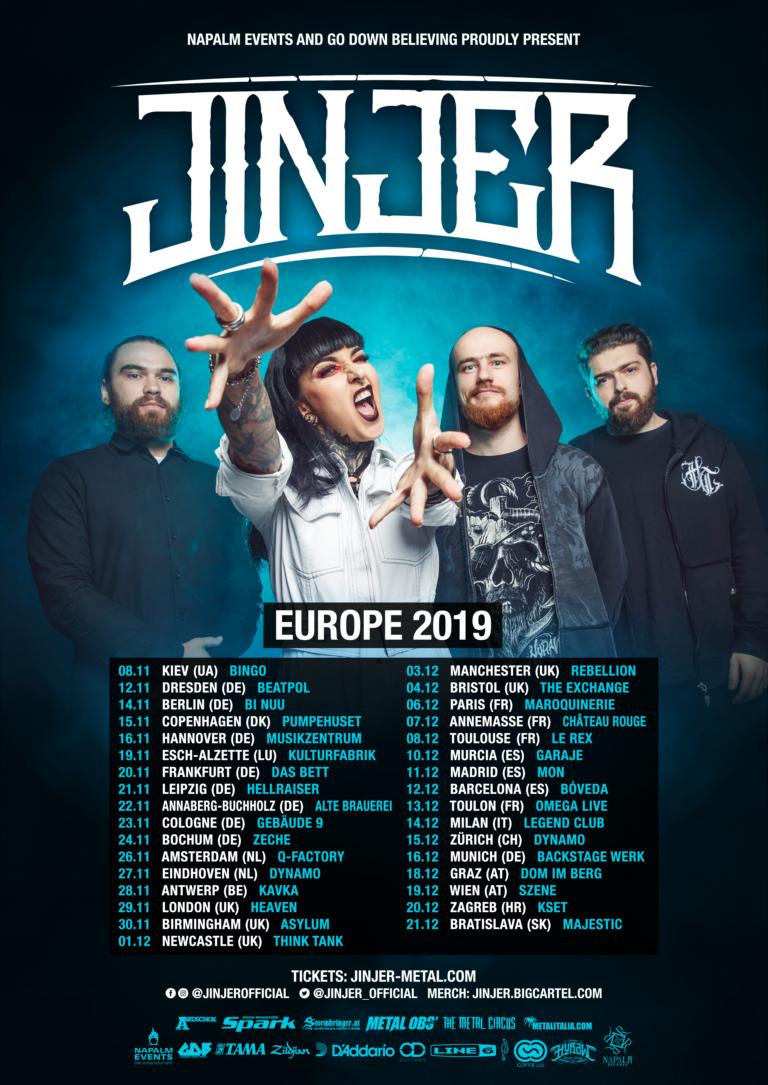 In less than 10 years, the four-piece progressive groove metal wrecking machine known as JINJER have carved their very own place in the heavy metal landscape and are poised to go even further in 2019 and beyond. Hailing from Donetsk, this Ukrainian musical oddity formed in 2009 but consider the official start of the band with the addition of the incredible vocalist and femme fatale, Tatiana Shmailyuk, in 2010. Since then, JINJER have been nominated and won the Best Ukranian Metal Act award for Best Ukrainian Metal Band multiple times.

This year’s Micro EP was received with open arms by fans and critics alike, climbed to the top of many industry charts and radio station lists worldwide and once again showcased the musical depth and songwriting talent of the band, as well as Tatiana’s amazing vocal range. The band will build upon these successes with Macro.