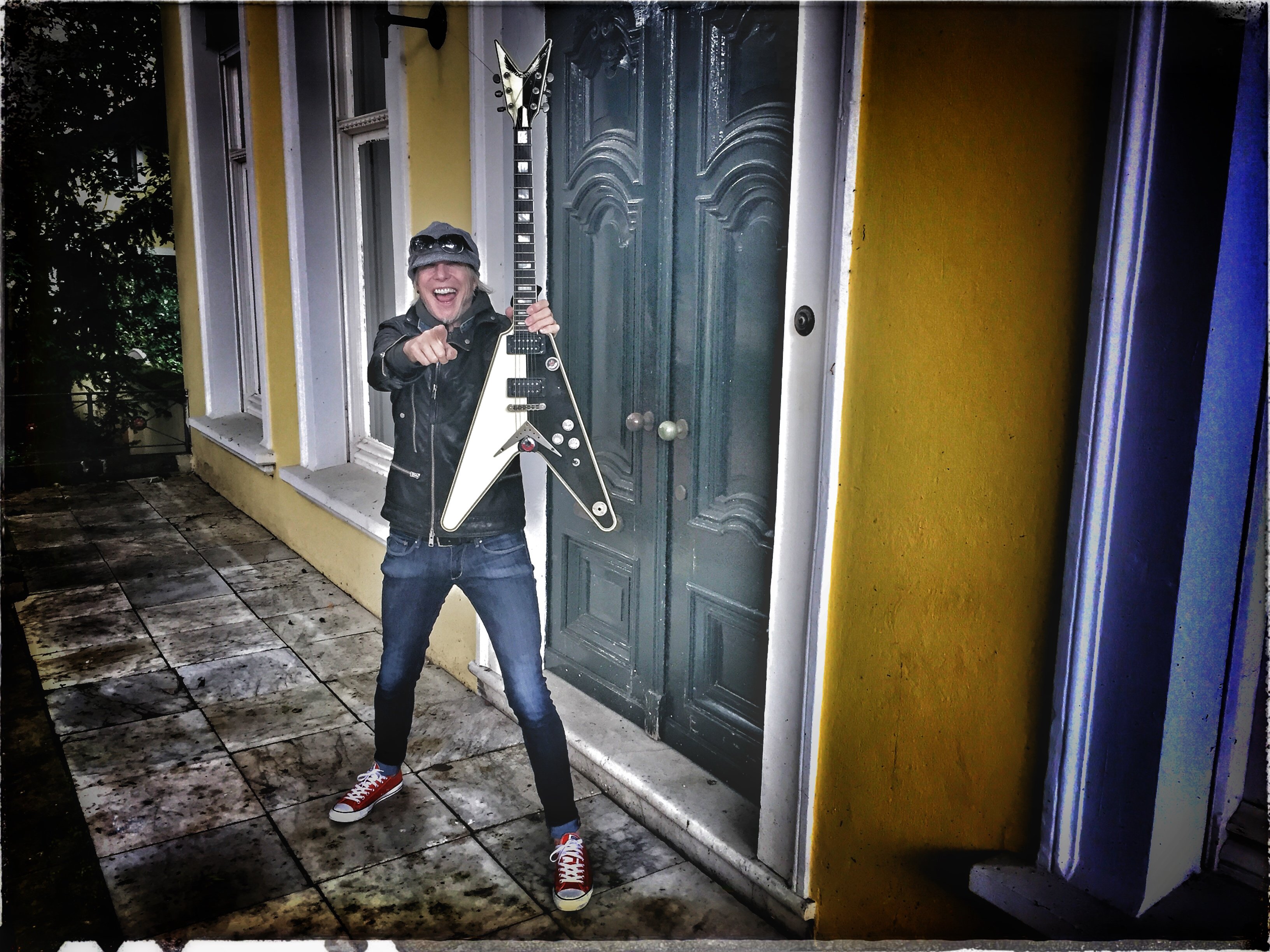 Following on from the release of their successful debut album »Resurrection«, MICHAEL SCHENKER FEST have completed the recordings for their second studio album, which is scheduled to be released on August 23rd this year worldwide through Nuclear Blast.

“Based on the fun that we had recording »Resurrection«, the success of the album and the surrounding tours we undertook that were just fantastic, I was deeply inspired to make a start on writing new songs for a new MICHAEL SCHENKER FEST album“, says Michael Schenker and explains: „It is even a step up from »Resurrection« with amazing input from all singers and all musicians – I could not ask for a better result. The songs are blazing, snappy, energetic, melodic and with drummers like Simon Philips and Bodo Shopf we got amazing results. This time we even managed to record three great mid-tempo songs with all singers involved, singing their hearts out.“

The album will be titled »Revelation«.

“The album title and cover concept expresses things that have happened in my past as well as what is still happening at the present time. It’s about passion and purity versus greed and corruption. There is much to say. It’s about time I let people know about some of this…”, comments Michael Schenker.

“Michael Voss is a fantastic musician with great input as a co-producer. Our chemistry is something else. We have a way of working together that is extremely creative.“

The album was mastered by Christoph ‘Doc’ Stickel for CS Mastering/Vienna, Austria.

„An incredible thing happened; we had this song that was ready to be worked on and Michael Voss suggested Ronnie Romeo from Ritchie Blackmore’s RAINBOW, who Voss had worked with in the past, to sing on this song as a guest. What came out of it was classic. Amazing vocals with blazing music that absolutely rocks! We are ready to present this unique album to the world and I am very much looking forward to getting this album out there. Our label Nuclear Blast is totally happy with this record and I was especially happy getting a message from Markus Staiger, the founder of Nuclear Blast, saying how much he loves this album.“

Recently, the band announced that after they will be welcoming back Simon Phillips and Bodo Schopf – who each played drums in MSG – to the MICHAEL SCHENKER FEST line-up. Simon who played on the MICHAEL SCHENKER GROUP debut album will return as the main drummer on the upcoming second album. Due to his schedule however, he is unable to be the live drummer for the upcoming US tour. This role will be completed by Bodo Schopf, who played on “Perfect Timing” and “Save Yourself”. With the sudden passing of Ted Mckenna, Bodo will be featured on the upcoming record but in a smaller role as he had the important job of preparing for the US tour.

“We are very grateful to Bodo for being a team player and working out with Simon what needs to be done in order for us to continue as smoothly as possible and also to Simon for helping us to make it all possible. Bodo is the perfect choice to continue as the permanent drummer for Michael Schenker Fest. It is a perfect balance between the musicians from the past. It includes everything as a family to continue MICHAEL SCHENKER FEST.”

MICHAEL SCHENKER FEST will kick off their US tour on April 15th at the Whisky A GO GO. the trek will include performances in Vancouver, Chicago, and New York before concluding on May 18th in Austin.

Before this kicks off, the MICHAEL SCHENKER FEST family is going to tour North America:

‘Take Me To The Church’ (OFFICIAL VIDEO) https://youtu.be/9o34ooePv-E 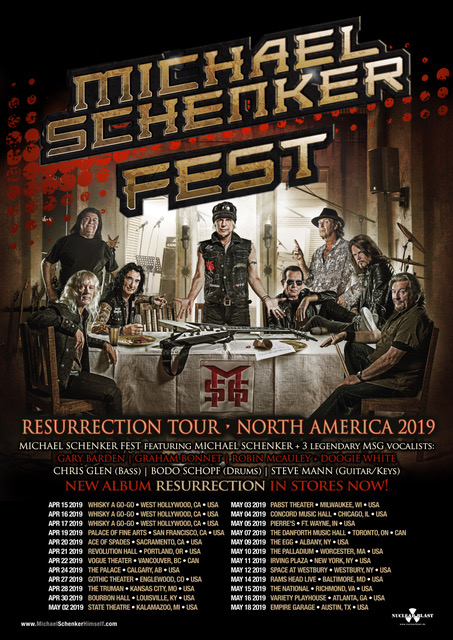 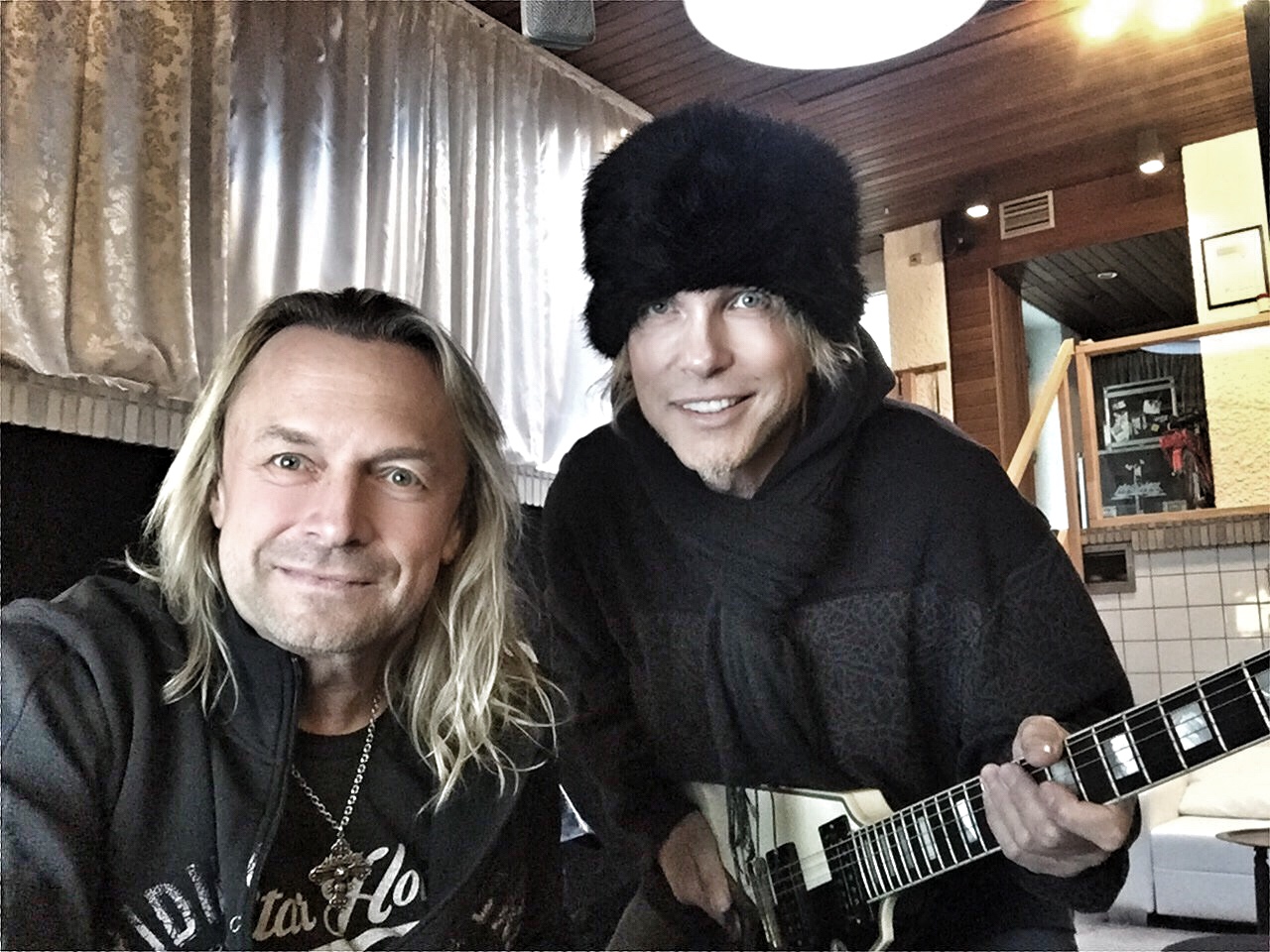