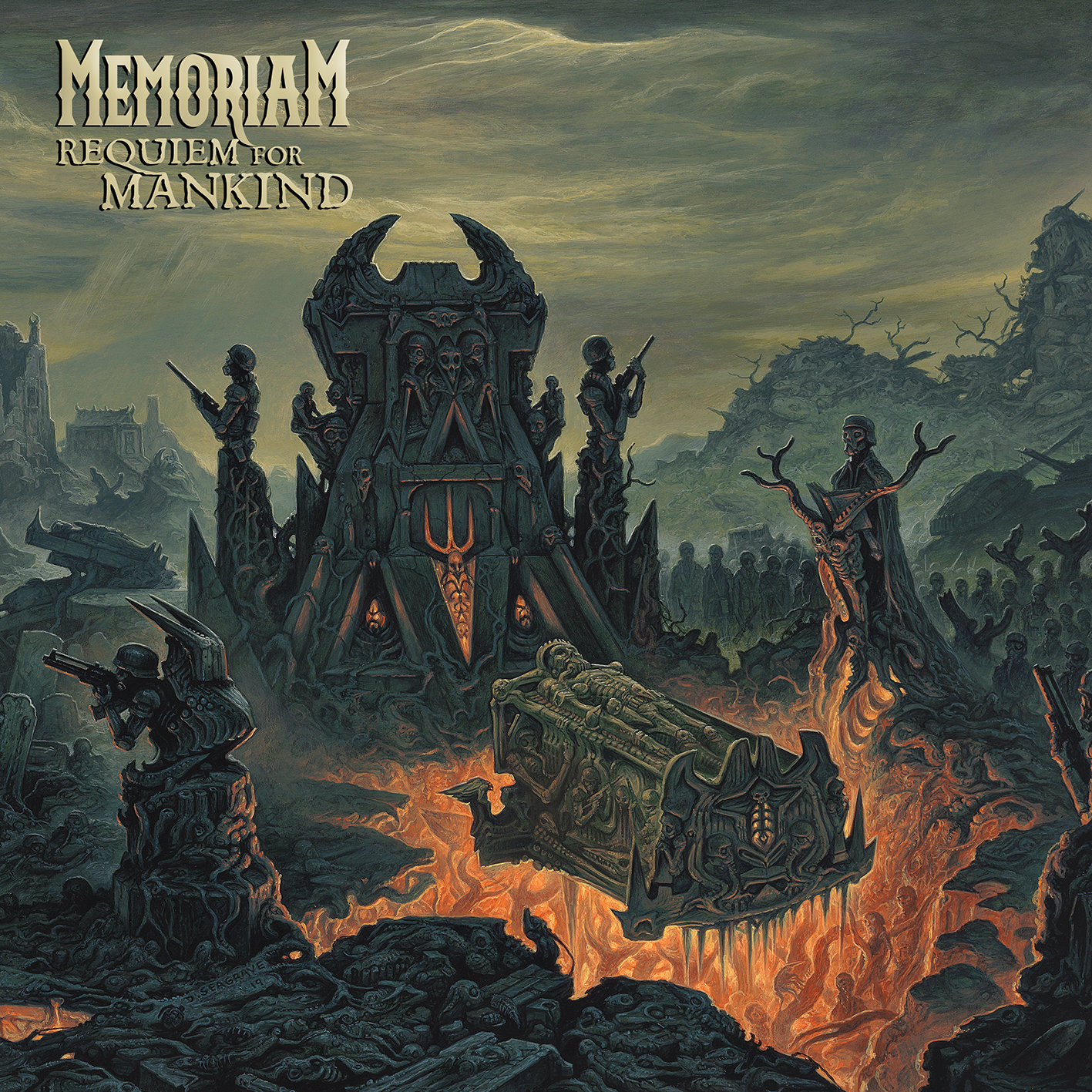 The war rages on! Old school metal veterans MEMORIAM are set to unleash their third album, »Requiem For Mankind«, on June 21st, 2019 via Nuclear Blast Records.  Today, the band present their third album trailer, in which Frank and Karl discuss the vocals on the album.

Check it out here: https://www.youtube.com/watch?v=jlMOXCwsMb4

The band recently released the first digital single “Shell Shock” in the form of a lyric video. Watch and listen here:  https://www.youtube.com/watch?v=2olgPmHY-84

The band states:
“A new Memoriam song, a new approach, and as with all our albums a new sound for us to use.
“Shell Shock ” is the first track we recorded for the “Requiem For Mankind” album. It is a bit of a
Death Metal headbanger of a track! Subject wise it deals with the effects of being on the frontline
amongst all the noise and chaos of a horrific war situation from an individual standpoint, and also
that the soldier does not die from an enemy bullet!
Sound wise it needed to sound a bit epic, we think we have achieved this on “Shellshock” and
have used this as the blueprint sound throughout the album.”

Memoriam were also pleased to announce their debut London show last week – which will also be the release show for their upcoming studio album. The gig will be taking place at The Underworld, Camden on June 22nd this summer. Supports to be announced in due course.