Danish thrash/power metallers, MANTICORA, are presenting the cover artwork for their upcoming (8th) album – a stunning picture, painted by the extremely talented Danish painter David Troest (www.facebook.com/david.troest). As the new album “To Kill To Live To Kill” is another MANTICORA concept double-album, based on the thriller/horror novel that lead singer, Lars F. Larsen has written, the artwork resembles the stories of the novel.

We have always tried out new cover artwork artists for each album, so when looking for the perfect person to give justice to the novel and the two albums, we wanted someone who’d be able to grasp the essence of the stories within the book, and when looking at David’s pictures in general, it’s evident for even the feeble-minded that he’s that exact guy. He also lives less than an hour away from us, so it was a win-win situation for everyone to be able to meet up and do corrections on the front cover and all the other pictures that’ll appear in the booklet. We’re already beginning the work for the second album as well, so we can follow the release schedule of having the albums out 12 months apart.

The two concept albums, which are a part of a grandiose concept, based on the thriller/horror novel that lead singer, Lars F. Larsen has written, will be released as two separate albums, one year apart. The novel itself is scheduled for a May 2018 release, followed by the first album, which will see the light of day on August 3rd, 2018, released by ViciSolum Records, worldwide. 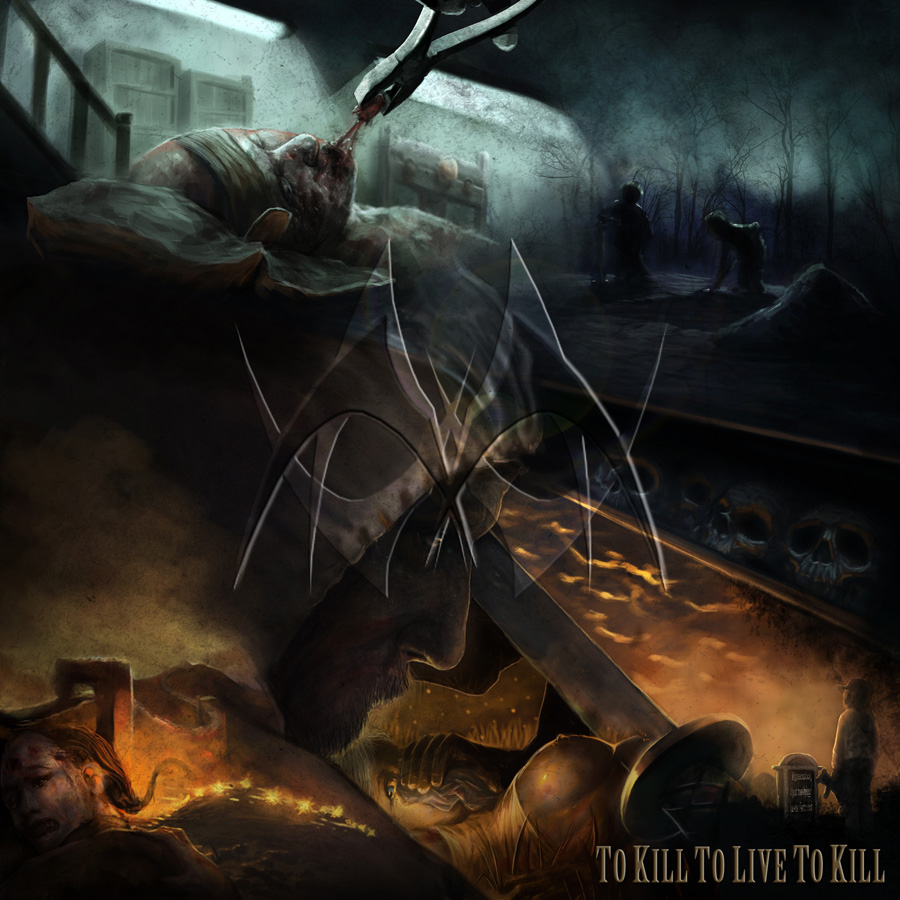 Tracklist for “To Kill To Live To Kill”:

02. Echoes Of A Silent Scream

03. Through The Eyes Of The Killer – Towering Over You

05. The Farmer’s Tale Pt. 1 – The Aftermath Of Indifference

06. The Devil In Lisbon (instrumental)

11. Through The Eyes Of The Killer – Revival Of The Muse That Is Violence

The music was recorded and mixed in Hansen Studios, with World-famous producer, Jacob Hansen (Volbeat, Destruction, a.o.) who also produced the first two MANTICORA albums back in the last millenium, and vocals were recorded with Tommy Hansen at Jailhouse studios (Helloween, Beyond Twilight, Jorn, a.o.). Tommy has previously produced five albums for the band. MANTICORA have released 7 critically acclaimed albums, since 1999, and toured numerous times around Europe as well as in the US + played at prestigious festivals, such as Wacken Open Air, Sweden Rock Festival, ProgPower USA, etc.