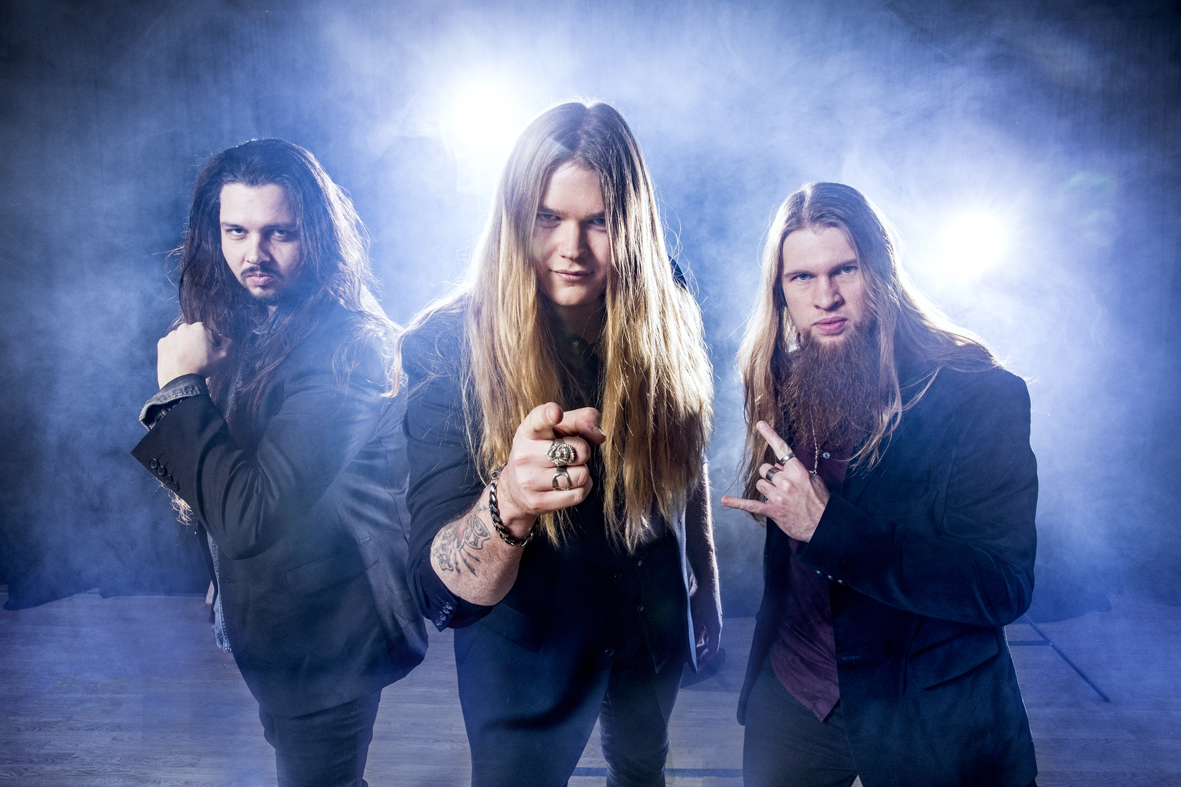 Nuclear Blast is pleased to announce the signing of Swedish symphonic power metal act MAJESTICA.Tommy Johansson is a well-known person, especially due to his role as guitar player of heavy metallers SABATON. But before he joined the Swedish “war machine”, he was already busy playing in his own band named REINXEED, currently completed by bassist Chris David and guitarist Alex Oriz. Of course, his touring acitivities with SABATON slowed down the creative process for REINXEED a bit. The group has now returned – seemingly out of nowhere – with a new 10-track album entitled »Above The Sky« and a brand new name, MAJESTICA, to top it off! On the new record, Tommy presents not only his guitar skills but also his vocal abilities once again, which he also showcased as TWILIGHT FORCE’s stand-in singer throughout autumn 2017.

“It’s been many years since we last released an album, so we decided to ‘start over’ as a new band, MAJESTICA, instead. It’s not only a majestic and epic name for a power metal band from Sweden, it’s also a tribute to the album »Majestic« that we released with REINXEED in 2010. We came up with it and it sounded great, it felt perfect for this kind of music and just feels right.”In regards to their musical direction he adds, “People can expect real power metal in the vein of HELLOWEEN, STRATOVARIUS and GAMMA RAY, but also great symphonic parts with catchy melodies and choruses with a lot of choral arrangements, guitar solos, beautiful inflections and of course – high pitched vocals like Michael Kiske, Timo Kotipelto and Sebastian Bach.”

Tommy comments, “It was a huge honour and his drums make this album sound more alive than any album I’ve ever recorded with any other band before. Since many songs are inspired by HELLOWEEN and GAMMA RAY it just felt right to have his drumming and input on the songs.”