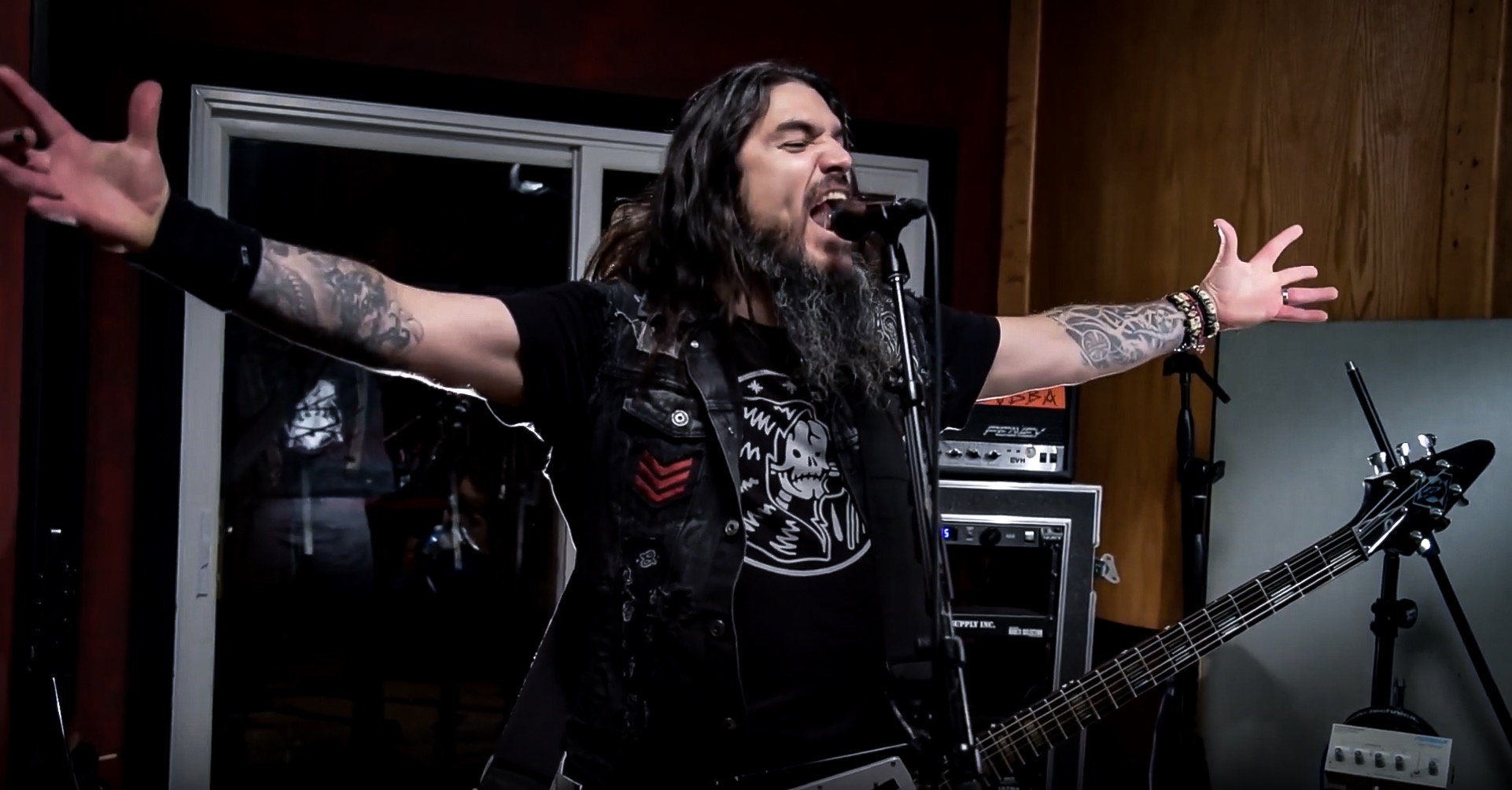 Bay Area metal giants MACHINE HEAD, who recently announced the dates for their »Burn My Eyes« 25th anniversary tour, have re-recorded the legendary debut album in its entirety. The recording line-up features original BME alulmni Chris Kontos and Logan Mader as well as singer and guitarist Robb Flynn and bass player Jared MacEachern. The recordings were done at Sharkbite Studios in Oakland, California.

Recently the band sat down and re-visited and discussed the album for the first time in over 2 decades. This often hilarious conversation sees them trying to remember where they wrote the songs on their debut album, discussing how they got together back in 1992, and the time they set off the smoke alarms in the Fantasy recording studio from smoking so much weed.

VIP Tickets are on sale now via www.machinehead.vip
——————————————————————————–
The tour kicks off in Germany on October 5th in Freiburg, and continue across Europe and the UK, wrapping in Dublin, Ireland on the 8th of November. The U.S. leg will be announced in due course; those dates are set for November into December as the tour makes its way around the globe.

Building on their wildly popular ‘An Evening With…’ format, these not-to-be-missed shows will be a three-hour musical extravaganza, comprised of two parts:

Part I – will feature a battery of MACHINE HEAD’s modern classics, such as ‘Imperium,’  ‘Halo,’ and, ‘The Blood, The Sweat, The Tears,’ featuring frontman/guitarist Robb Flynn and bassist Jared MacEachern performing alongside two, soon-to-be-announced ragers on guitar and drums.

Part II – will feature the Bay Area band’s classic debut album, »Burn My Eyes« played in its entirety for the first time ever.  And if somehow this historical event could not be monumental enough, taking the stage for this part of the set will be »Burn My Eyes«-era alumni and MACHINE HEAD’s original drummer Chris Kontos and original guitarist Logan Mader.

“Having started rehearsals with Chris and Logan several weeks ago, I’m literally giddy with excitement at the prospect of how much fun this is going to be. Both Logan and Chris are in phenomenal playing shape, the vibe between all four of us has been incredibly positive!”

“Having run through deep cuts like ‘Death Church,’ and ‘I’m Your God Now’ for the first time in well over a decade, has reminded me of how fucking heavy our older songs are!  This tour is going to be MASSIVE!! The timing couldn’t have been more perfect to share this milestone with the Head Cases!  So just a head’s up, DO NOT sleep on this! Tell your friends, spread the word, because tickets are going to disappear!”

“It’s a huge honor for me to take part in celebrating »Burn My Eyes« 25th birthday!  It’s hard to believe this is actually happening. I feel like I won the guitar player lottery…. again!  The fact that BME is still relevant today has a lot to do with the fact that Robb has kept the band alive and strong for two and a half decades.  I’m very grateful for this!”

“This is an absolute mind blower!  Playing these songs again after 23 years feels just amazing.  The fact that it’s 25 years later and the BME record is still relevant and revered is humbling to say the least.  Doing a huge world tour in celebration of the record is a great way to acknowledge the legacy of MACHINE HEAD’s past and future.  I’m so looking forward to sharing these songs with the MACHINE HEAD fans around the world.  Can’t wait to meet all you ‘Head Cases’ out there!  You can be sure it is going to be a crushing night! See ya soon!”

The lord of the low-end, Jared MacEachern is equally looking forward to the run, saying “It’s not everyday that you get to pay tribute to a classic like »Burn My Eyes« and with Logan and Chris in the mix, I’m really excited to bring something special to old and new fans alike.”

Tickets go on general sale at 10am local time, Friday 29th March, with pre-sale going live at 10am on Thursday 28th

An extremely limited amount of VIP packages will be made available to 40 folks per show. 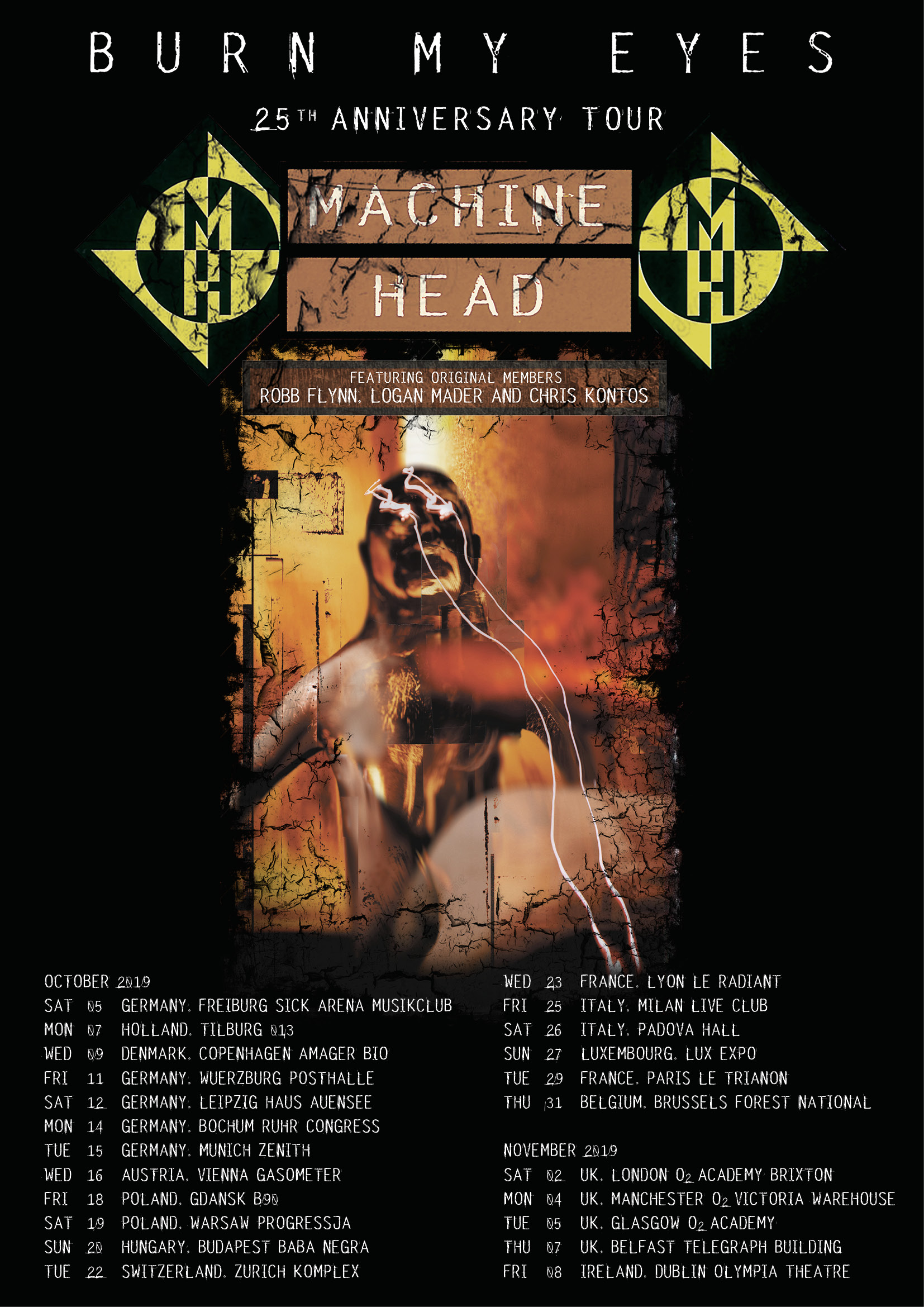 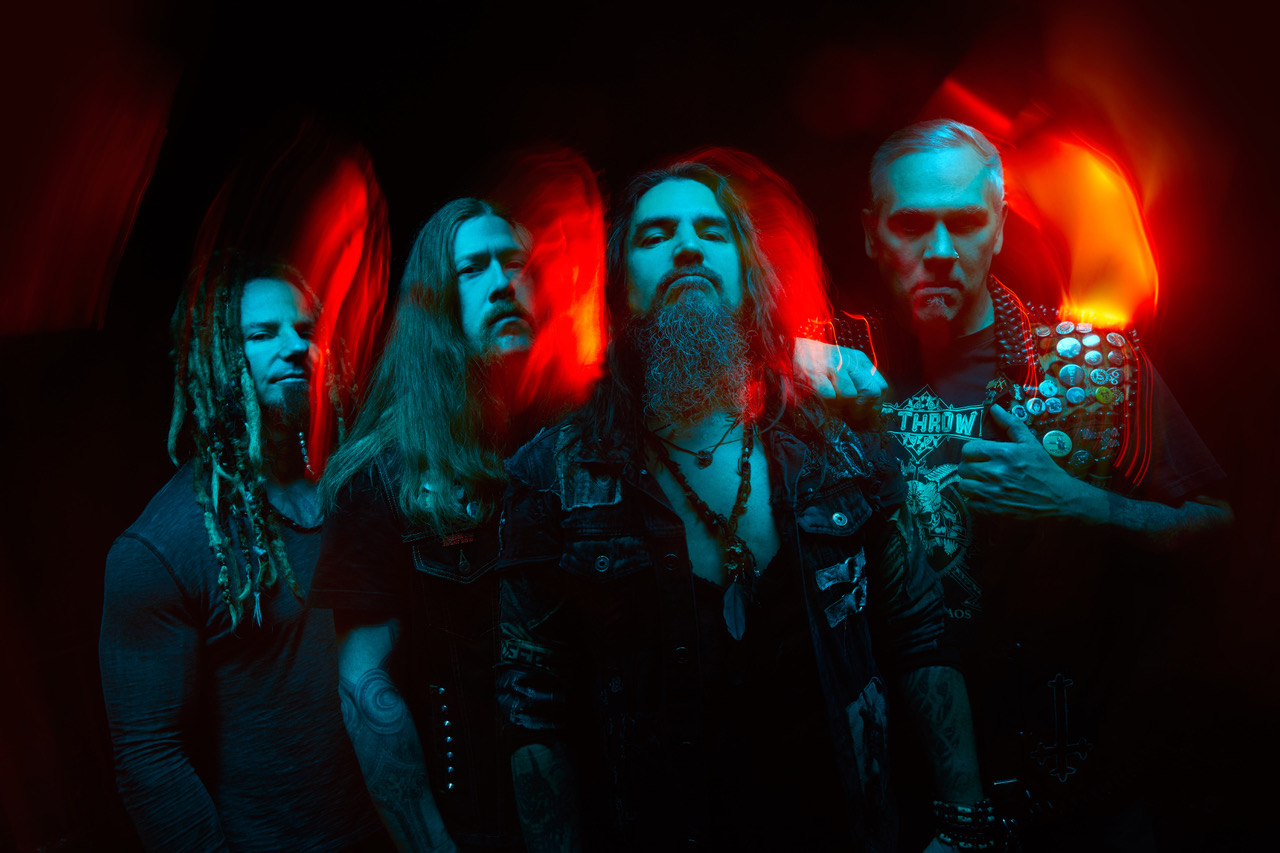 Since he left Machine Head a million years ago, Logan Mader has paid his music business dues in Soulfly, Stereo Black and now Once Human, and by having produced, mixed and mastered a long list of great [Read »]