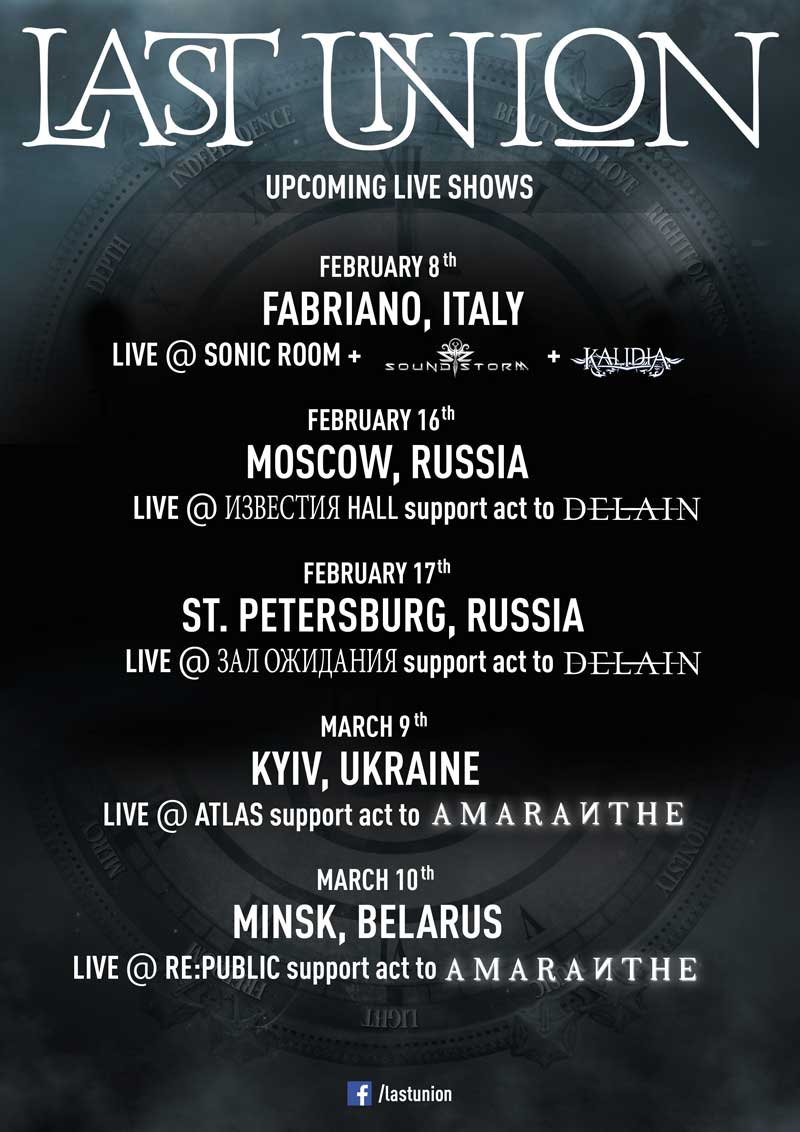 The quiet city of Tolentino in the Marche region of Central Italy not only boasts a rich historical background, it is also the place progressive metal band LAST UNION calls home. Founded by vocalist Elisa Scarpeccio, guitarist Cristiano Tiberi and keyboardist Claudio Feliziani in 2007, the band — originally known as BLAZING ICE — embarked on their journey in the pursuit of sharing their thoughts and feelings about life, and ultimately their art, with the world. With the assistance of professional session bassists and drummers, the trio established themselves on the Italian scene with a string of shows that helped them evolve and refine their craft. 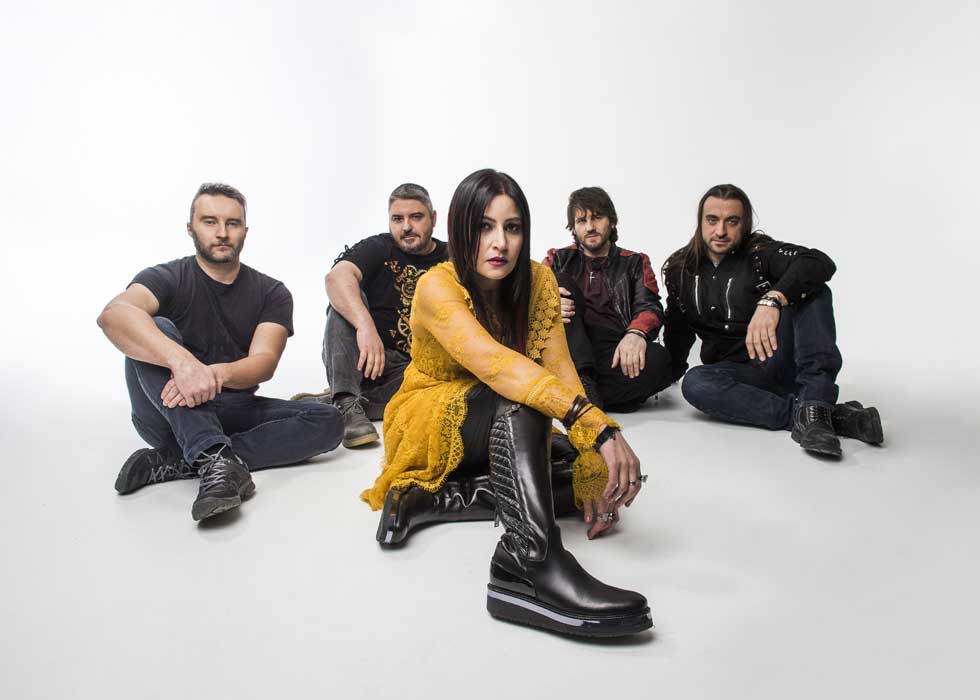 Ask someone to make a top 10 of Female fronted symphonic metal bands and you get a list with bands based in Finland, the Netherlands, Germany and other European countries. Strangely enough there are not a lot [Read »]

DELAIN seem to be restless spirits: Their latest album The Human Contradiction was released in 2014 on Napalm Records and gained high praise from both fans and the press alike. DELAIN followed up the release [Read »]