Vivaldi Metal Project is proud to announce the participation in the Kitee International Music and Art Festival (Kitee, Finland) on July 15th, 2018with a special “The Four Seasons” unplugged showin the Kitee-sali concert hall. 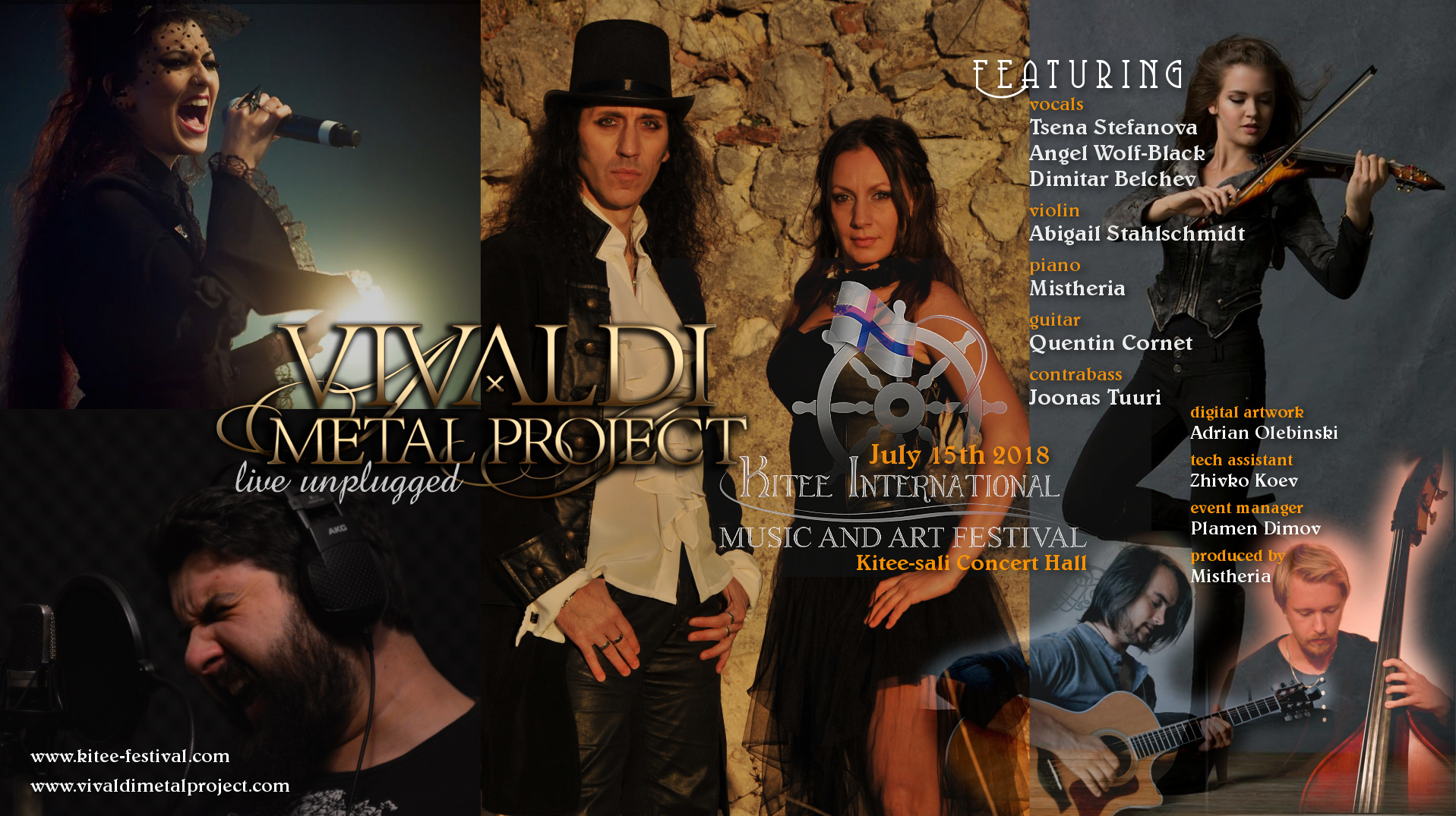 Event managed by Plamen Dimov and produced by Mistheria

We’re happy to show you the official track-list of the album. Full credits for each song on our web page: www.vivaldimetalproject.com/track-list 01. ESCAPE FROM HELL 02. THE ILLUSION OF ETERNITY 03. VITA – part 1: [Read »]