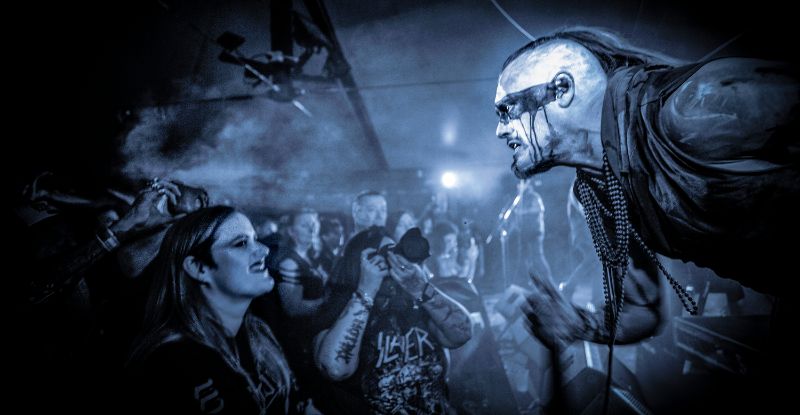 After a whirlwind tour of AUSTRALIA and electrifying audiences at DEAD OF WINTER festival, KAOSIS return home to unleash the anthemic crowd favourite “WHO’S YOUR DADDY?” 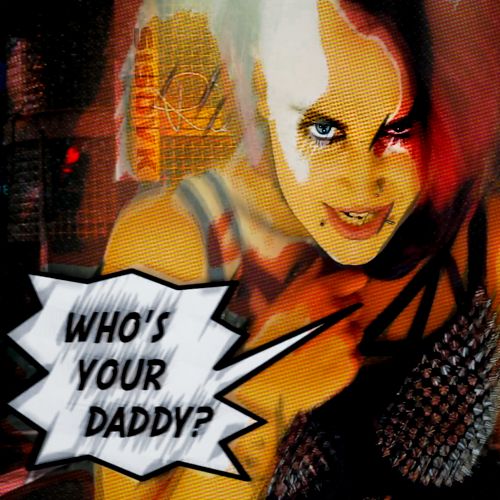 After delivering 5 brutal, smash and grab shows down the East Coast of Australia and incinerating a prime slot at DOW, KAOSIS return home the to rave reviews and an army of new Australian Fans.

“This band is like nothing else. Like no one else. Like pure magic. They took my breath away. An eclectic mix of genres blended with musicians and performers who were clearly born to be in the spotlight and perform for the masses, they stole the show.” – Shannon-Lee Sloane – DoW Review (GClive)

“KAOSIS are a true force to be reckoned with. Their live show is interactive, fun and heavy as all hell. They will blow your mind!”
– Nev Pearce – Gold Coast Show Review (Ever Black Media)

When asked, this is what KAOSIS‘ newest member, 0M3N, had to say about Australia.

“Australia was deadly, DoW was off the hook. We can’t wait to hit Japan in November”. – 0M3N (DJ/Hype)

Post their DoW appearance, KAOSIS were offered a 9 date tour of Japan in November by KSP PRODUCTIONS and INTER IDORU and two return AUS dates that are yet to be announced.

“After experiencing KAOSIS electrify audiences at DoW, we realised the huge potential for them in Japan and immediately offered them a nine date tour. “
– Kris Peters (KSP Productions)

“We are have a new single to tide the fans over before the album release in September. It’s the crowd favourite”
– DOGMA (Percussion/ Lead BVs)

The new single, “WHO”S YOUR DADDY?”, is what pop music sounds like in a post apocalyptic dystopia. A vicious mixture of dubstep, pop and metal. Imagine BABY METAL getting molested by THE PRODIGY and ROB ZOMBIE and you are close.

“I love ”Who’s Your Daddy?“! Live it’s the tune we really get the crowd dancing and chanting. It balances the rest of the shows psychotic violence with some shameless fun”. MONSHI (Samples/ Hype)

KAOSIS are also announcing they will be hosting a huge album release party at DING DONG LOUNGE (AUCKLAND) on the 28th of SEPTEMBER.

Physical copies will be globally available through
ZOMBIE SHARK RECORDS.

Digital copies will be available globally through
ATYPEEK MUSIC on all leading platforms. 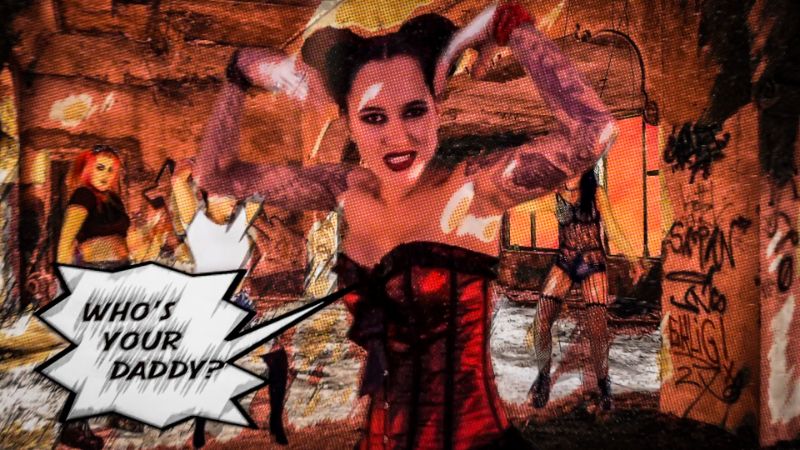 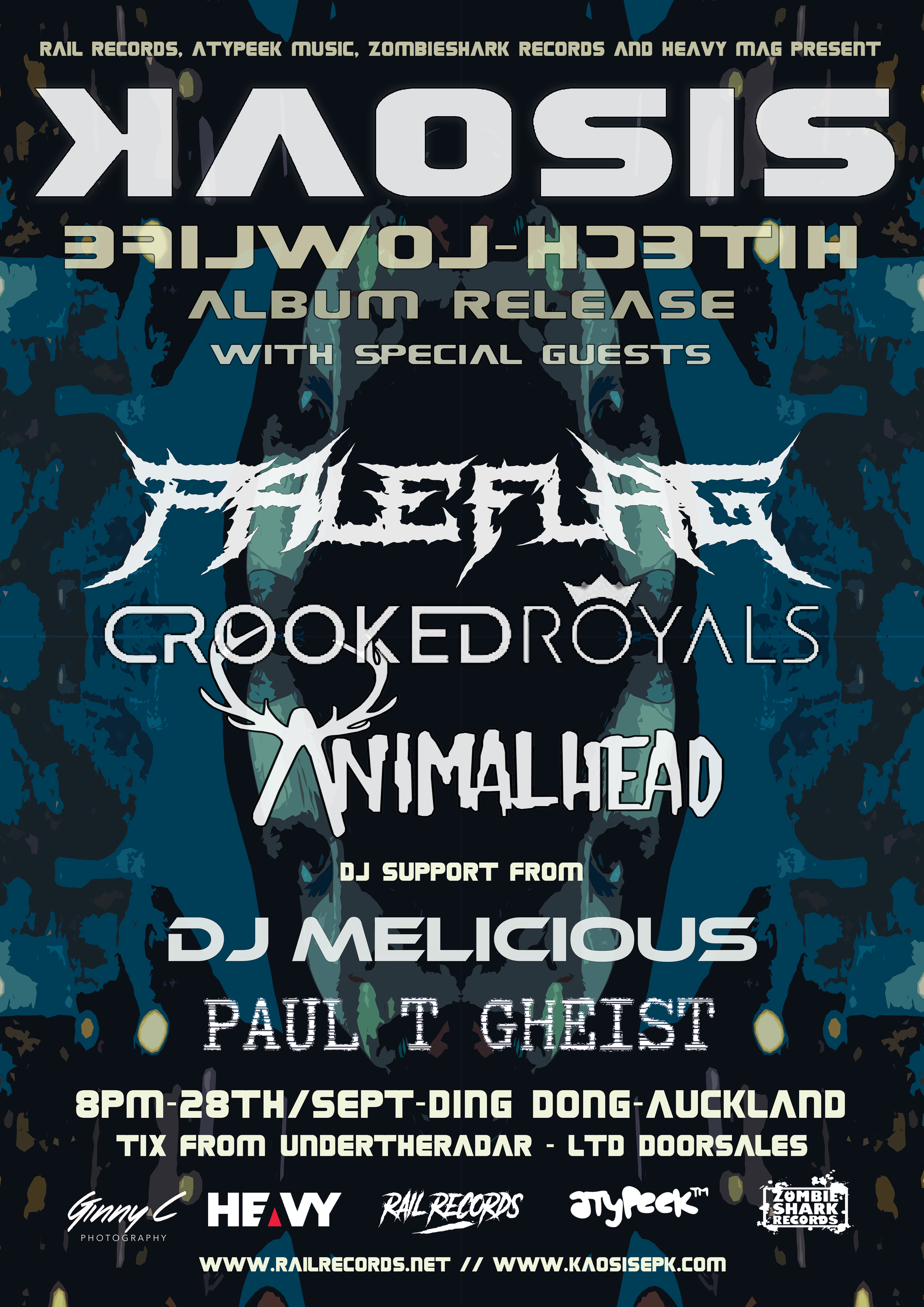