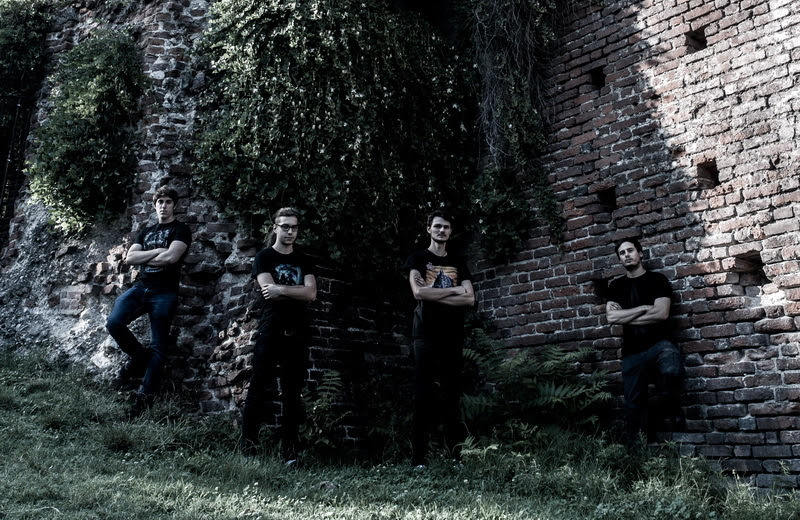 Italian group Abeyance aim to reshape the 90’s Melodeath style through the music, vocals and deep introspection-oriented lyrics, whilst offering its own unique sound and identity. Although the band is inspired by old school sounds, more modern influences can be found within the bands deep grooves.

The project was founded in early 2016 by drummer Michele Adami and the vocalist Jacopo Marinelli. As Michele started the songwriting work, the guitarists Gianluca Fraschini and Andrea Mantelli joined the band, contributing to compositions. A more progressive mark was brought by soloist Gianluca and from the other side more classic riff structures from Andrea.

In summer 2018, the songs for a new EP were almost complete with other tracks kept aside for future releases. With this in mind, the band decided to enter the recording studio in November. Michele completed and recorded the bass lines (taking over the work of original bassist Rebecca Bertozzo), in addition to his drums parts. Guitars and vocals followed shortly after until the EP was completed in late January. The band is now determined to steadily grow and offer their music to the an expanding audience, starting with both local and national live shows. The new EP Portraits of Mankind will be released via Sliptrick Records soon with Abeyance already working on more material for future full-length releases.