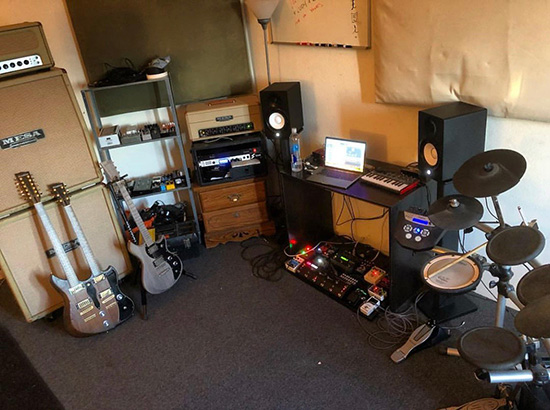 Intronaut to its worldwide roster! Currently working on the follow-up to the critically acclaimed The Direction of Last Things (2015), Intronaut plans to release their new album – and Metal Blade Records debut – in 2020.

Sacha Dunable (guitars, vocals) has checked in from the studio with the following comment, regarding this upcoming record and signing:

“Intronaut are very excited to work with the legendary Metal Blade Records for our upcoming album and beyond. We’ve spent almost four years writing this thing, and it’s by far the most intense record we’ve ever made. It’s only fitting that it will come out on the most legit metal label around.”

Purveyors of the progressive, Intronaut has made a name for themselves through musical, lyrical, and artistic adventures, journeying into a multitude of styles, parlaying the best of their influences into a force that’s immediately recognizable as Intronaut.

Formed in 2004, Intronaut – a term that means “inner traveler” – spent the next decade writing, recording, and releasing category-destroying long-players, the first of which was 2006’s Void (Goodfellow). Soon after, the Los Angeles-based group caught the eyes and ears of Century Media Records, where they debuted with the incredible Prehistoricisms (2008). In the years that followed, Intronaut would tour with Tool, Mastodon, Meshuggah, Between The Buried And Me, and Animals as Leaders, while also issuing widely lauded full-lengths: Valley of Smoke (2010), Habitual Levitations (Instilling Words With Tones) (2013), The Direction of Last Things (2015). Fans can expect another genre-defying record from the group in 2020 via Metal Blade Records.

Coming off another successful studio release in the form of late 2015’s “The Direction Of Last Things”, Los Angeles progressive metal band Intronaut have kicked off their headlining North American tour in support of their [Read »]