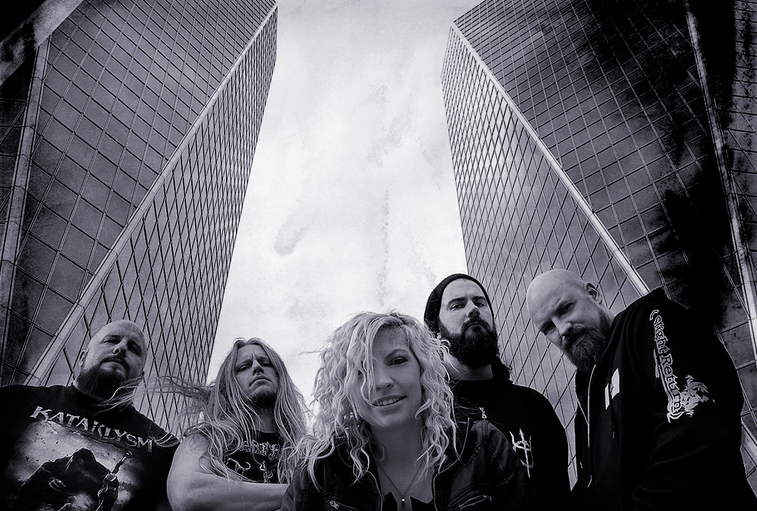 Long-awaited sixth album ‘The Sirens’ due Oct. 26 on CD, LP and digital

Canadian extreme progressive metal quintet INTO ETERNITY recently unveiled a new song, “The Fringes of Psychosis,” (https://youtu.be/V5rOJADB4GE) which marked the first official taste of their long-awaited sixth album “The Sirens.”

Today, M-Theory Audio is proud to announce the group’s signing, and that the record will be released on October 26. Physical pre-orders are available now at this location (www.m-theoryaudio.com/store), while a digital pre-order (which includes an instant download of “The Fringes of Psychosis”) is underway on Bandcamp (https://intoeternitysk.bandcamp.com/releases).

Originally, INTO ETERNITY intended to self-release “The Sirens” after a planned release through a European label fell through, but the group recently reconnected with M-Theory Audio president Marco Barbieri, who served as president of Century Media Records when the band released such acclaimed albums as “Buried In Oblivion” (2004) and “The Scattering Of Ashes” (2006). “The Sirens” – which features guest appearances by former vocalist Stu Block (now in Iced Earth), Cam Dixon (ex-Annihilator) and Glen Drover (ex-Megadeth) – sees INTO ETERNITY firing on all cylinders, with Amanda Kiernan’s fierce vocals and Tim Roth’s trademark guitar heroics and vocal harmonies backed by longtime bassist Troy Bleich and newer recruits Bryan James Newbury (drums) and Matt Cuthberston (guitars, also of Untimely Demise). The album was co-produced, mixed and mastered by former guitarist Justin Bender, while longtime artist Mattias Noren (Evergrey, Epica, Kamelot) designed the cover and layout. Says founding guitarist Tim Roth, “First of all, INTO ETERNITY would like to thank all of our fans for the support regarding this new album we’re about to release. The original plan was to release it independently ourselves, but the plan has changed. We are pumped to announce that we are now releasing ‘The Sirens’ worldwide through M-Theory Audio! Thanks go out to Marco for reaching out to us and providing us a new deal that we simply could not refuse. INTO ETERNITY worked for years and years with Marco when he was president of Century Media, so for us this is a perfect fit for our band. Unfortunately, this does mean that we will be pushing back our release date until October, as our new label is going to need some time to manufacture and properly promote the release. Thanks again to everyone for the longtime support, and you’ll all be hearing ‘The Sirens’ in the coming months!”

From 2005 to 2008, there wasn’t a harder-working metal band on the planet than INTO ETERNITY, whose extreme progressive metal built on the pioneering work of such forward-thinking acts as Death, Cynic and Opeth. The group toured seemingly nonstop with the likes of Dream Theater, Symphony X, Dark Tranquillity, The Haunted, Kataklysm and Hate Eternal, and also joined the epic lineup of Megadeth, Lamb of God, Opeth, Arch Enemy and Overkill on the 2006 edition of Gigantour.

In 2008, the group released their fifth record, the concept album “The Incurable Tragedy,” and prepared for another busy touring cycle, which began with a vengeance on that year’s Summer Slaughter Canada (where the band played alongside Necrophagist, Dying Fetus, Veil of Maya, Whitechapel and others). From there, the group hit the road in support of Iced Earth, after which they planned to take a short break to recover from four years of road work. Soon after Roth returned home to Regina, Saskatchewan, however, he became a first-time father, and it soon became clear that touring as aggressively wouldn’t be possible. The group still performed periodically in subsequent months, even traveling to Japan, Hong Kong and Taiwan in the spring of 2009, but as the band considered their next moves after the end of the “Incurable Tragedy” touring cycle, vocalist Stu Block was asked to join Iced Earth. At first, he planned to perform double-duty, and in 2011, INTO ETERNITY recorded two digital singles featuring Block. It quickly became apparent, though, that Iced Earth’s touring commitments would keep Block on the road indefinitely, so in 2012, Roth recruited the Edmonton-based singer Amanda Kiernan (also of The Order of Chaos) to become INTO ETERNITY’s new vocalist.

The group subsequently began demoing material for a new album, which they would record gradually over the next few years. This weekend, INTO ETERNITY will join Fit For An Autopsy and Archspire as co-headliners of the Loud As Hell festival in Drumheller, Alberta. Additional tour dates are in the works.

“The Sirens” track listing:
The Sirens
Fringes Of Psychosis
Sandstorm
This Frozen Hell
Nowhere Near
Devoured By Sarcopenia
Fukushima
The Scattering of Ashes Pt. 2 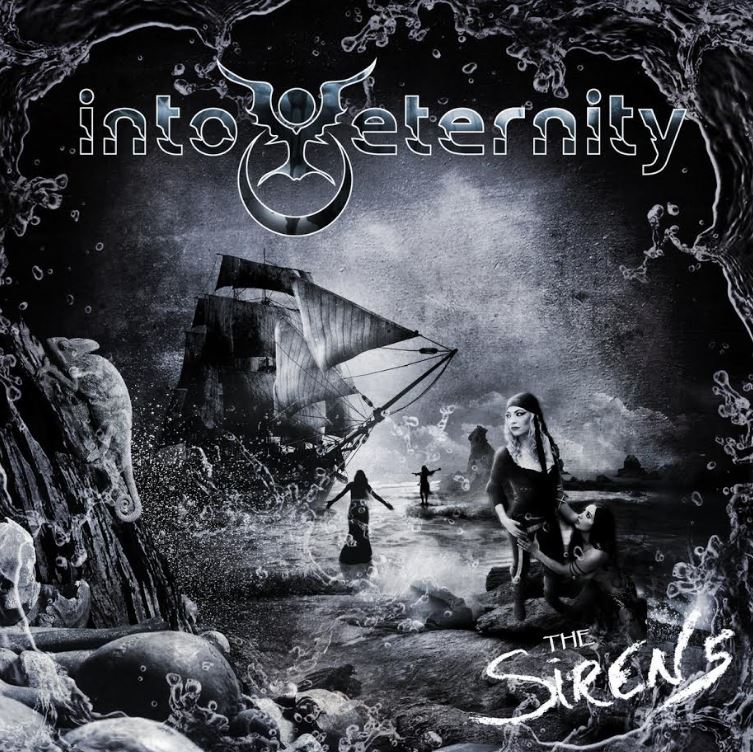 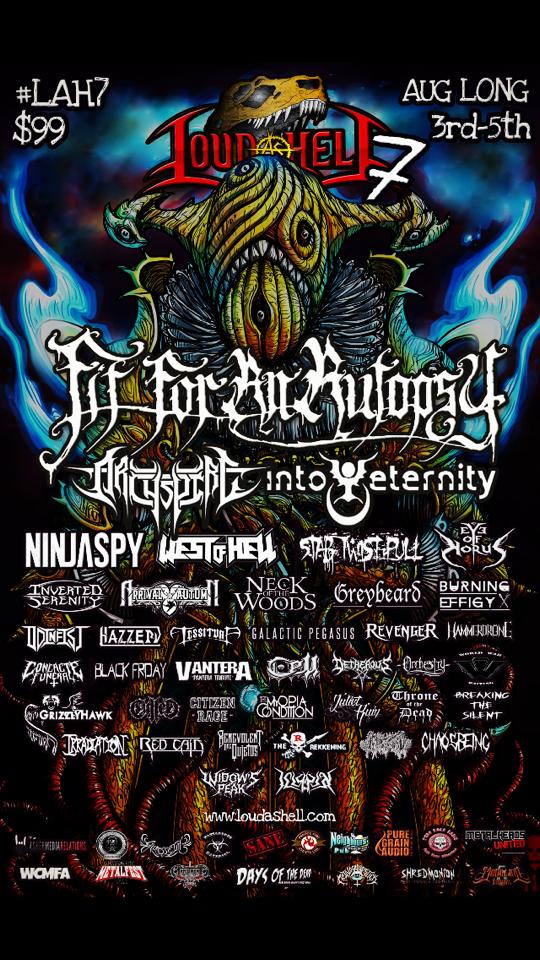 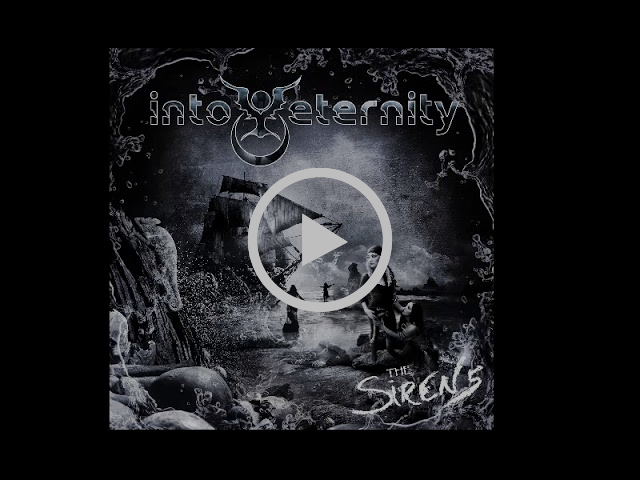 I remember when I got the opportunity to review this album, I jumped at the chance.  I mean, it’s not every day you hear about a metal band that boasts an impressive resume of former [Read »]