INQUISITION will kick off their massive European tour in support of the American duo’s latest masterpiece, ‘Bloodshed Across The Empyrean Altar Beyond The Celestial Zenith’ tonight at the Backstage in the Bavarian capital, Munich. The US black metal trailblazers will be joined by their amazing label mates, Greek symphonic metal demons, SEPTICFLESH.

A list of all currently confirmed dates can be viewed below. 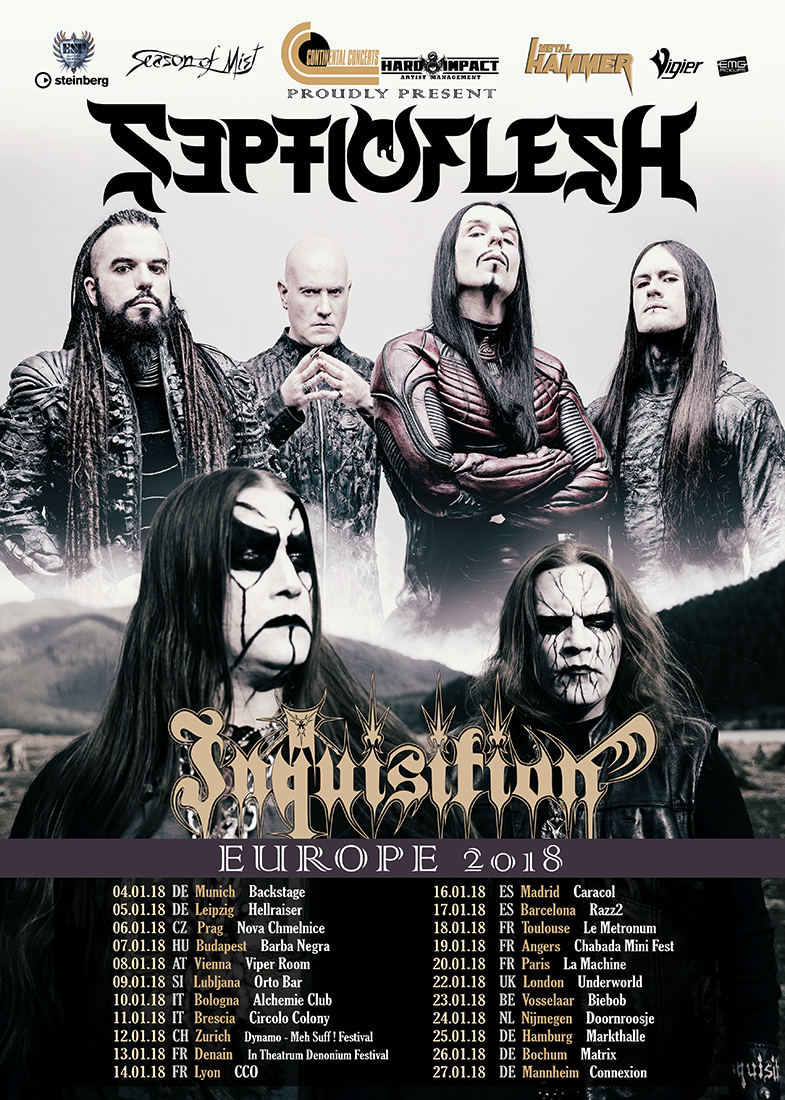 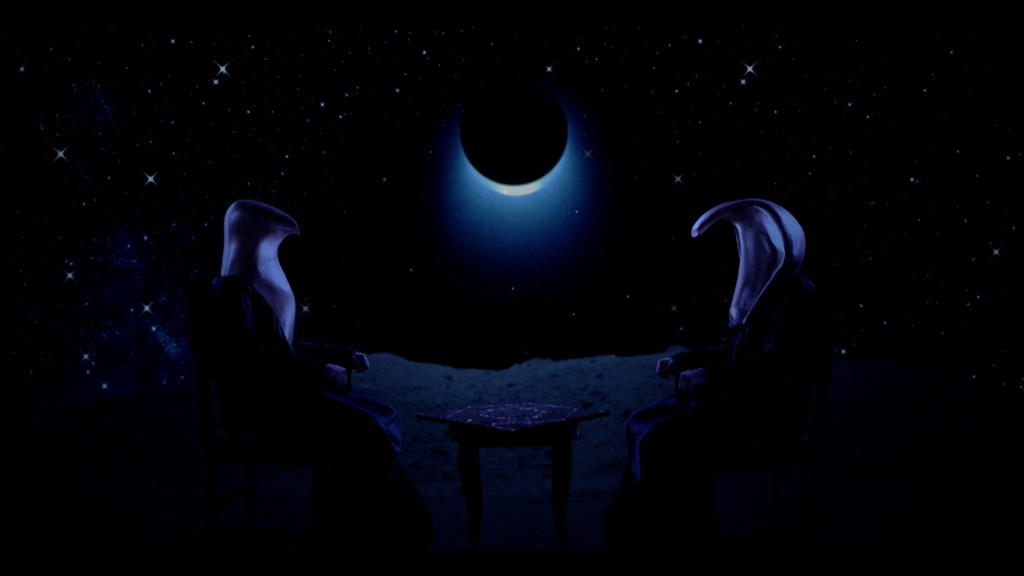 On previous news, INQUISITION released the first video of the new album for the track, “From Chaos They Came” on Christmas eve. The clip can be viewed at the link below that may be published freely. 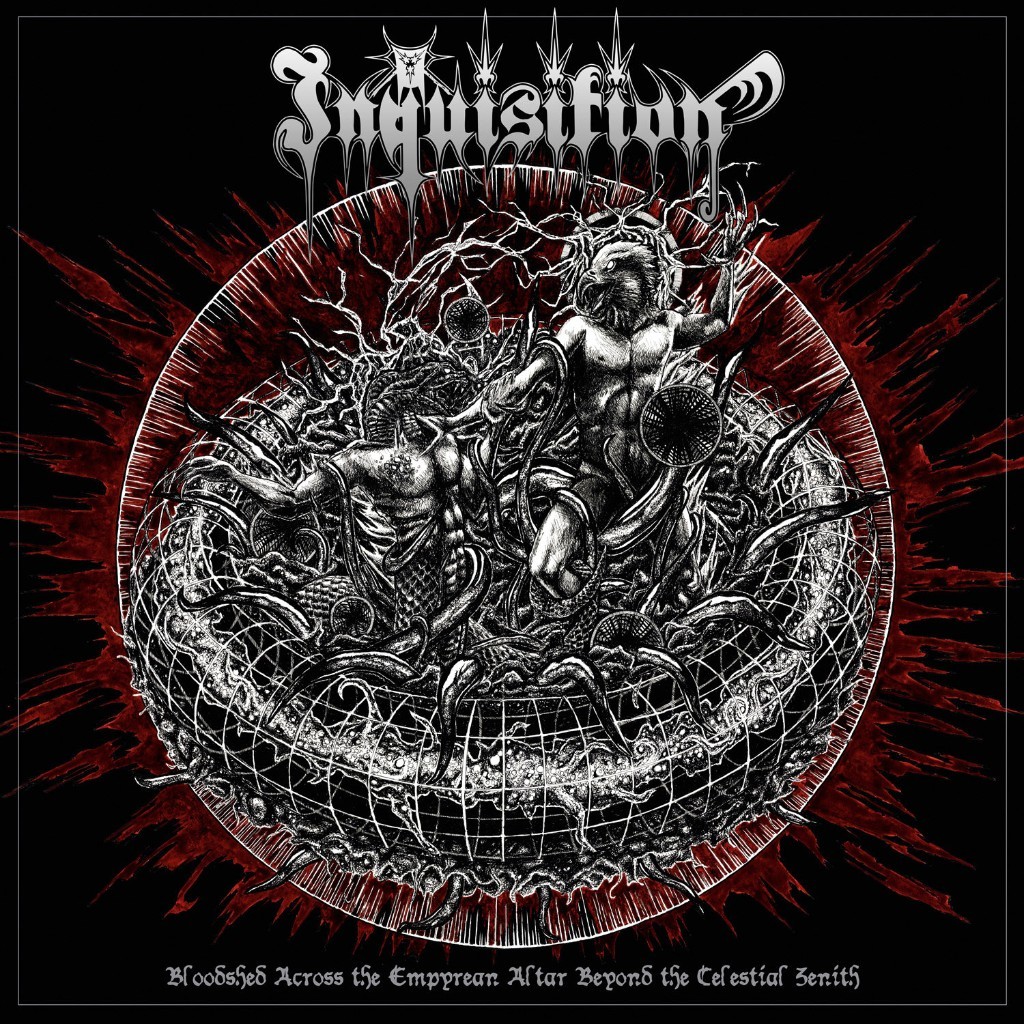 1. Intro: The Force Before Darkness

2. From Chaos They Came

4. Vortex From The Celestial Flying Throne Of Storms

5. A Black Aeon Shall Cleanse

6. The Flames Of Infinite Blackness Before Creation

8. Through The Divine Spirit Of Satan A Glorious Universe Is Known

9. Bloodshed Across The Empyrean Altar Beyond The Celestial Zenith

10. Power From The Center Of The Cosmic Black Spiral

11.  A Magnificent Crypt Of Stars

12. Outro: The Invocation Of The Absolute, The All, The Satan 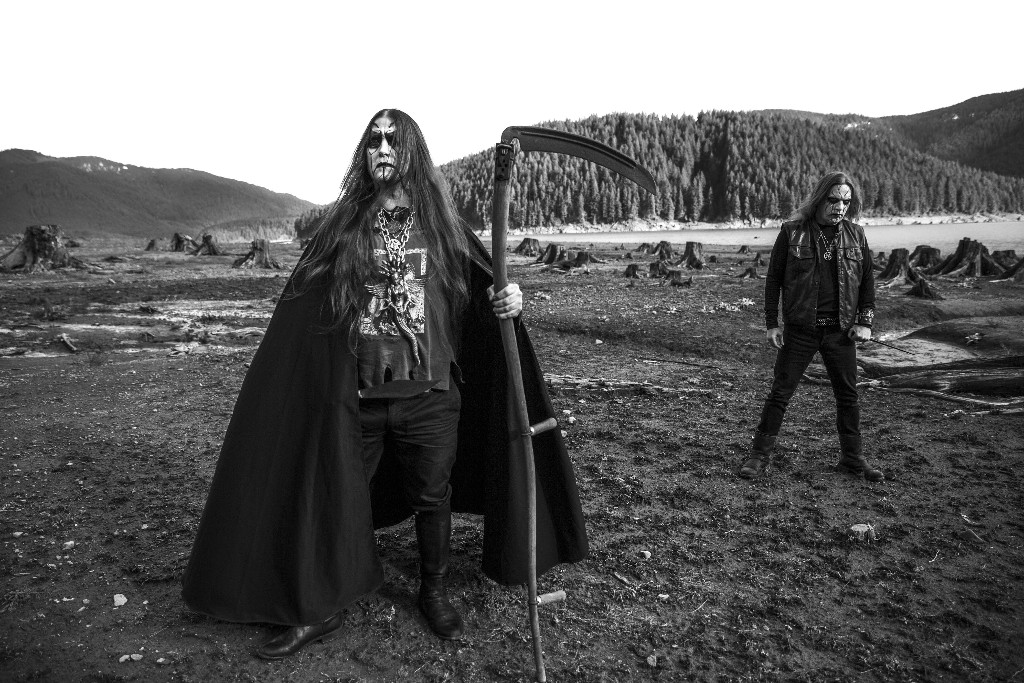 There are certain cycles in the rise and fall of bands that form a discernible pattern. One of the stations in this process is the break-though, when a group rises from the murky underground into the sphere of heightened mainstream attention. In the case of WATAIN for example, this transition can be pinpointed to a specific album, ‘Lawless Darkness’ (2010). It may seem a rather daring to attribute such a moment to INQUISITION’s forthcoming seventh full-length ‘Bloodshed Across The Empyrean Altar Beyond The Celestial Zenith’ in advance. Yet even with the first spin of this record, any doubt and thought of hyperbole should disappear. The American black metal duo has obviously reached a level of confidence, maturity, and mastery of song writing, technical execution as well as strength of production that this masterpiece will mark a milestone in a career that has already gathered momentum.While INQUISITION have so far grown without full attention paid by the metal mainstream, they have nevertheless amassed a huge underground following. Such a pivotal shift always comes with a risk. The most loyal adherents might be antagonised if a band strays too far from course in their attempt to reach for the stars. There is no danger for this to happen with ‘Bloodshed…’. Notable changes from the highly praised ‘Obscure Verses For The Multiverse’ (2013) are rather gradual than revolutionary, but still prove decisive. Dagon has slightly lowered his vocal pitch, which sounds less amphibian and the fiercer sound of his voice leaves a stronger impact. INQUISITION’s song writing has been tightened and appears more focused without losing the trademark epic majesty. Each track hits its mark, there are no fillers. This album represents the culmination and peak of a long term gradual evolution. INQUISITION hail from the US city of Seattle, Washington although originally formed by Dagon in the South American state of Colombia in 1989. Three demos were released during this early thrash metal period, before the frontman moved back to the United States in 1996. There Dagon was joined by drummer Incubus in 1997. Their debut full-length ‘Into The Infernal Regions Of The Ancient Cult’ (1998) immediately created a buzz in the netherworld of the black metal genre. Their impact on the scene deepened with each of the following four albums and the duo’s much sought after back catalogue has meanwhile been reissued by Season of Mist in its entirety.  With ‘Bloodshed Across The Empyrean Altar Beyond The Celestial Zenith’, INQUISITION are about to conquer the world. Resistance is futile.

SEPTICFLESH┬áhave released new dates for Europe in January and February 2016. The Greek giants of dark symphonic metal will hit┬áthe road in support of Canadian hyperblast stalwarts KATAKLYSM and are going to┬ábe joined by Belgian [Read »]