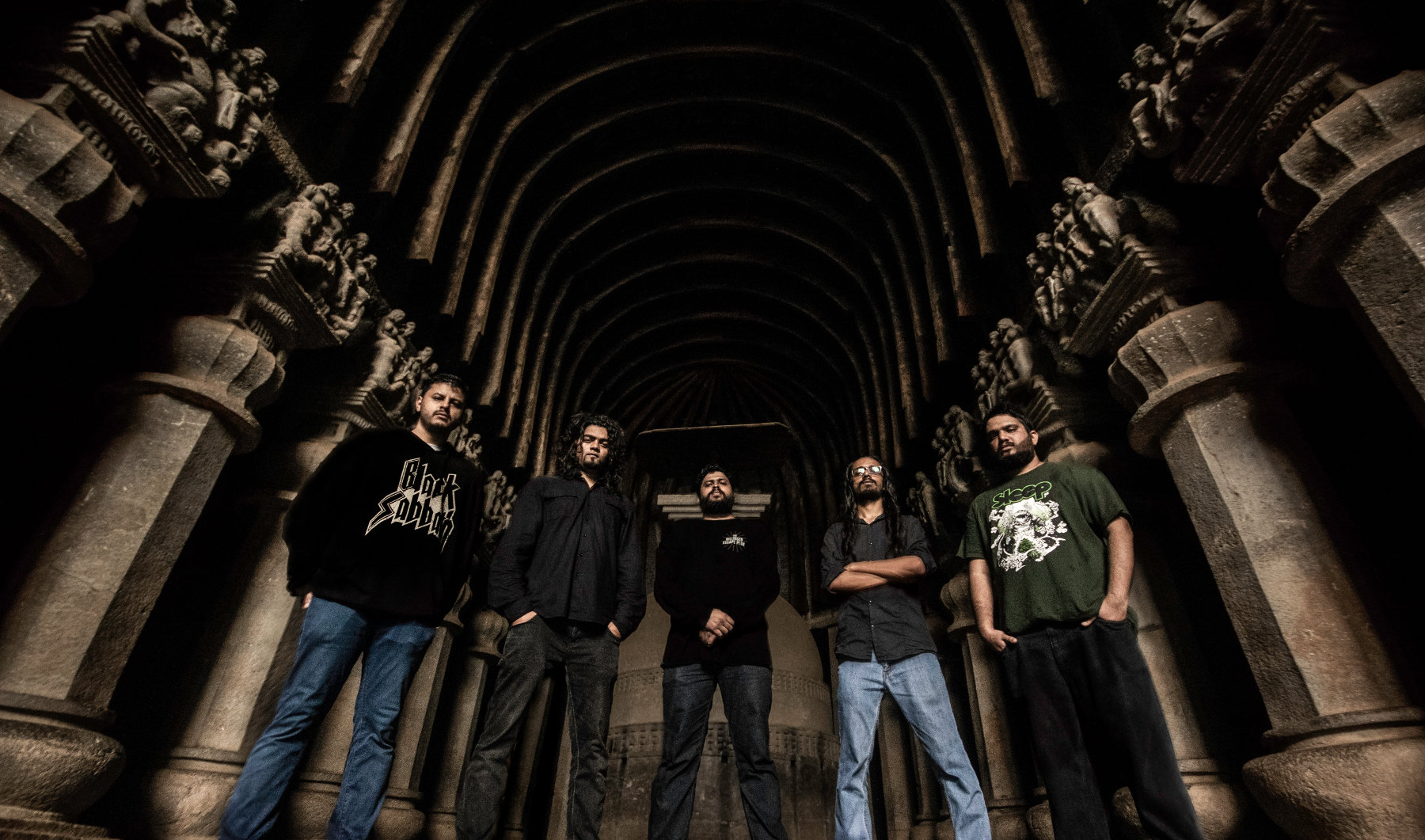 YouTube channel “Stoned Meadow of Doom” streamed the track “Montezuma’s Revenge” from it recently. Some weeks ago, Decibel Magazine had premiered the song “La Malinche” as well.

“In addition to their sludgy influences, Dirge draw from more upbeat death/doom, offering brief respites from the lethargic pace of the song.” – Vince Bellino, Decibel Magazine 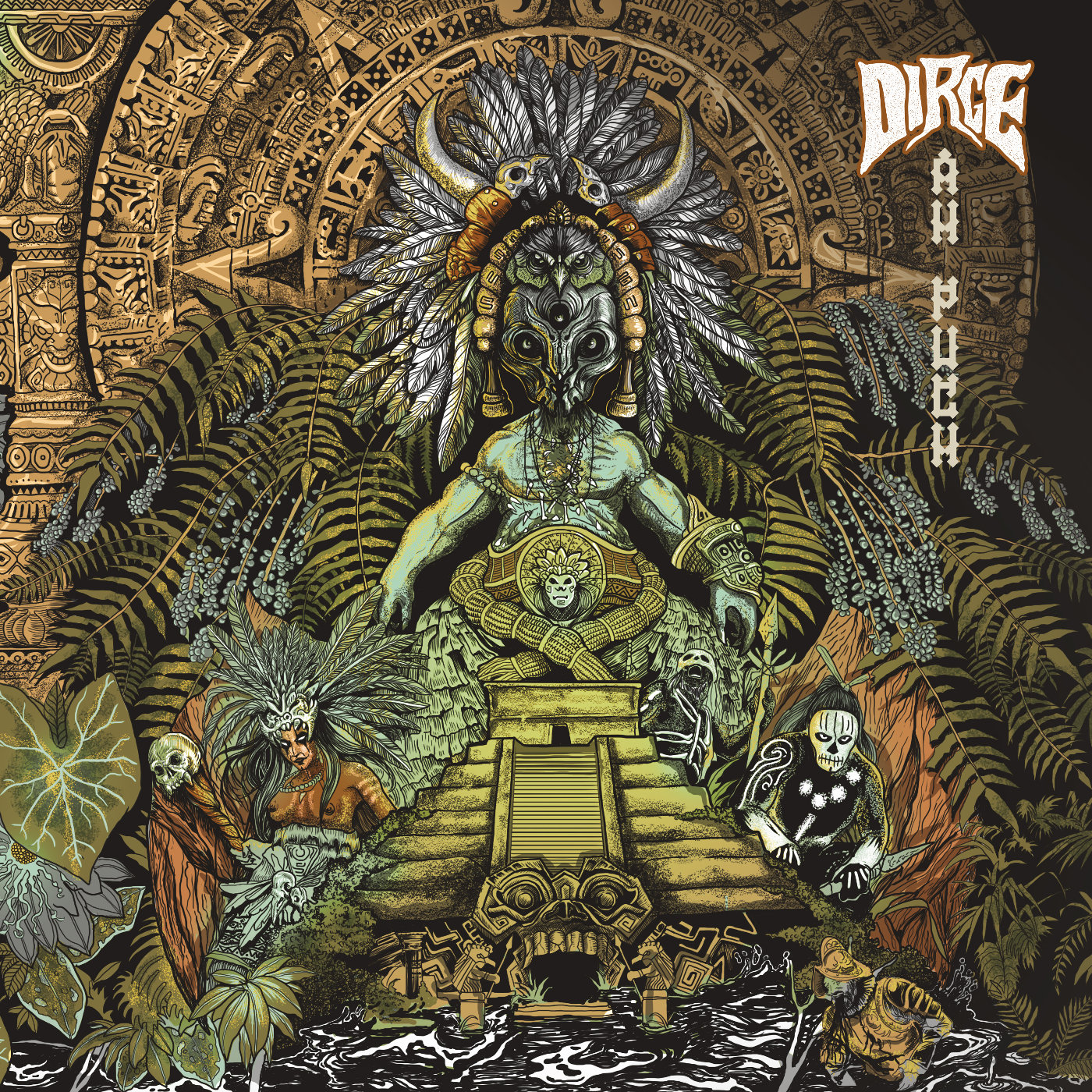 DIRGE’s debut offering “AH PUCH” is a concept album based on Mayan, Aztec Mythology mixed with historical events. The story revolves around the resurgence of the ancient Mayan God of Death – Ah Puch – during the conquest of Yucatan peninsula by Hernan Cortez. The music has been written to accentuate this theme, sending the listener through this fantastical world accompanied by a thick wall of sludge, and clouds of bong-smoke.  Though this is the band’s debut album, with an ambitious concept behind it, the band are no strangers to the world of metal.

Formed in 2014, DIRGE started out as a band in Pune, a city then brimming with several acts in the local metal scene. They were unique from their peers, marked by a sheer dark, moving intensity and gritty heaviness in their music. The band soon found itself a full lineup and trudged forward ever since, winning fans, supporters and accolades over the next four years as a band and releasing a single along the way in 2015. They have played shows in the Indian underground circuit alongside contemporary acts in similar styles, like Primitiv, Shepherd, Djinn & Miskatonic and have opened for international acts such as CHU (Kazakhstan), Defiled (Japan) and performed at festivals like Bangalore Open Air (2015).

A strong lyrical and visual theme matches the murky, sludgy sounds the music is awash in. DIRGE looks backwards in time, finding inspiration in bloody Mayan myths from the jungles of South America. Building up to their debut release with over 51 minutes of carefully crafted tunes, the 6 tracks on ‘Ah Puch’ are cathartic & pulverizingly heavy, shifting from rapid tremolo picked sections, tribal drumming patterns to dark, looming riffs delivered with the deliberation of classic death-doom. Supplemented by emotive, melancholic lead guitar playing & pained vocal screams akin to the feeling of despair that death brings, the songs strike a chord with any fan of dark, slow-paced metal.

‘Ah Puch’ will be the the band’s maiden foray into a full length release, aiming to win over fans of the genre from across the spectrum globally. This will be DIRGE’s tribute to the masters they’ve learnt from, a grand display of their own crushing sonic might and an attempt to leave a mark that shall everlast in the metalsphere with the help of producers Sanford Parker (YOB, Eyehategod, Pelican, etc) and Brad Boatright (Sleep, High on Fire, Bell Witch, etc). And this is only the first of many tales to be told, for as long as there is death, dirges will be sung… 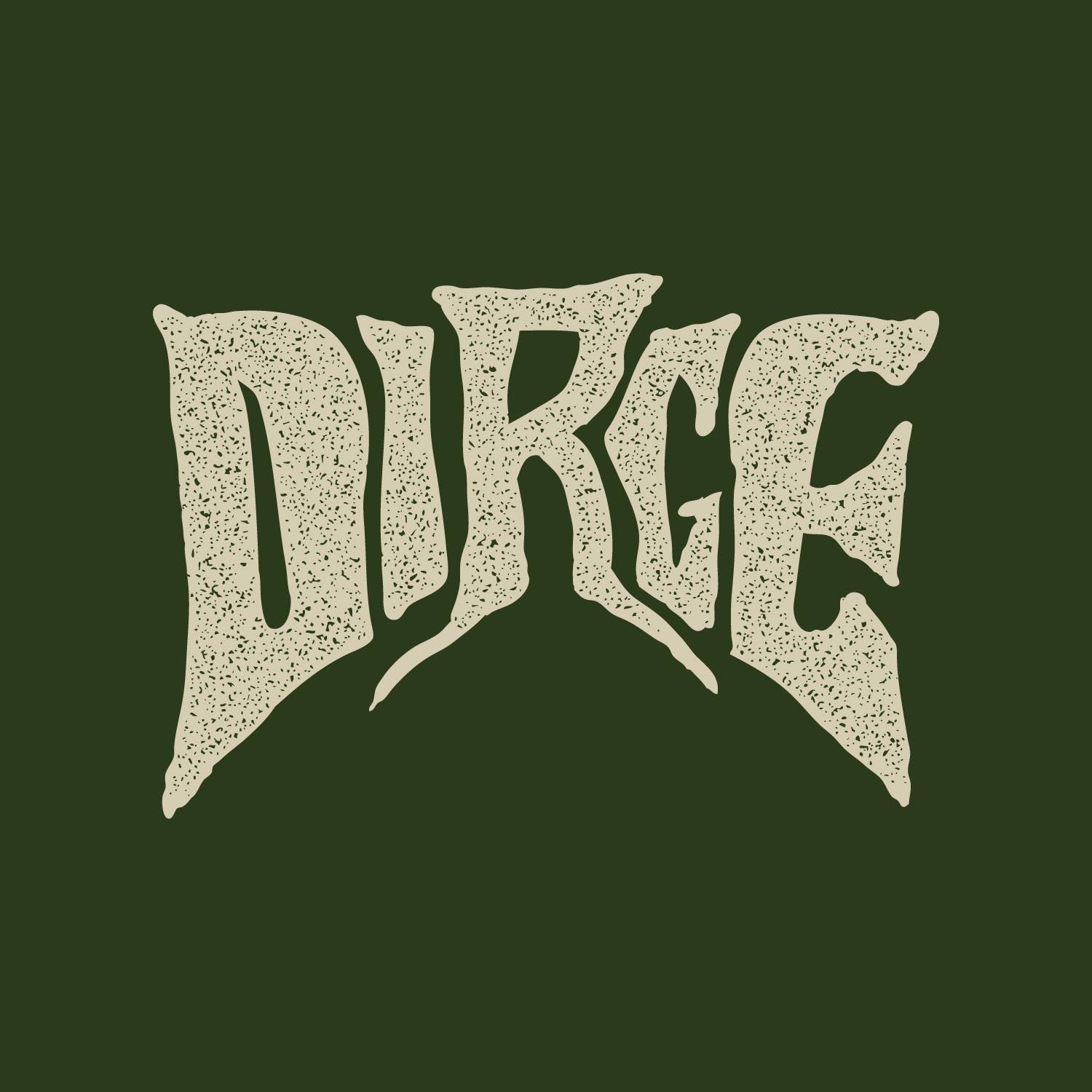