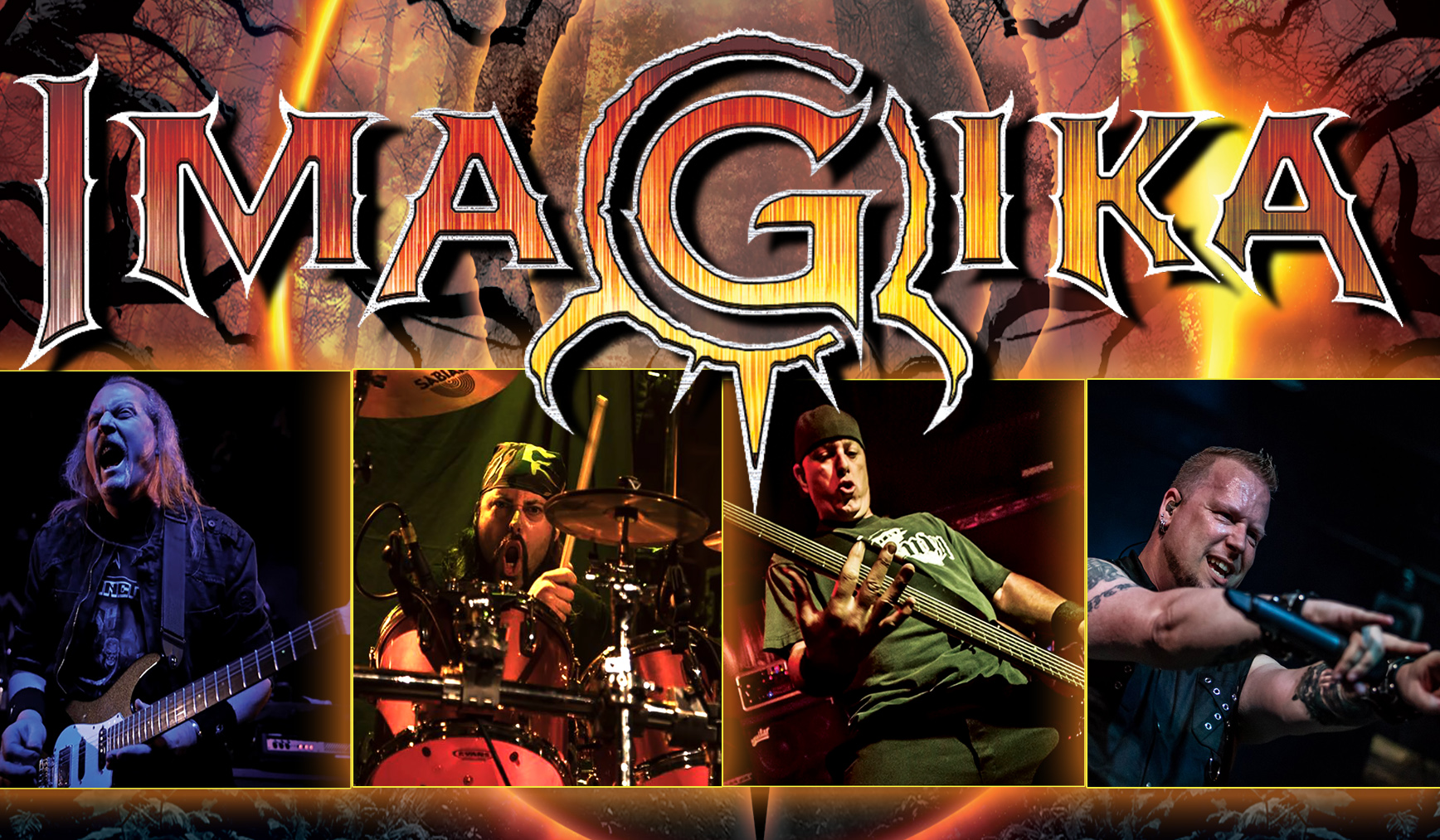 After 10 years Imagika is back! The most successful lineup of the band with guitarist Steven D. Rice (Kill Ritual), vocalist Norman Skinner (Skinner, Niviane, Hellscream), bassist Jim Pegram (Mudface, Angerhead) and guest drummer Matt Thompson (King Diamond) have recorded a blistering new album that is a modern take on where the band left off in 2009. Their new 8 track effort, mixed and mastered by Andy La Rocque at Sonic Train Studios, is a testament to the bands overlooked talent and is scheduled to be released 9/13/19 via Dissonance Productions.

The bands first ever video was shot in March with Mike Sloat (Testament, Machine Head,Lynyrd Skynyrd) for the track “The Spiteful One” at the infamous Sound Wave Studios in Oakland, CA. A lyric video for the title track “Only Dark Hearts Survive” will drop as the first introduction to the new album.

Imagika guitarist Steven D. Rice comments on the rebirth of the band:

“While on the Kill Ritual tour  (with Iced Earth and Sanctuary) we made a stop in Sacramento, CA. which is not far from the SF Bay Area and where all the past members live, so Jim and Norm made it out for the show. Jim played with Kill Ritual that night (as he did on the European tour the year before) and Norm caught the performance. I hadn’t seen Norm in years so we drank a few (ok a lot!), bullshitted, caught up on life and had a nice reconnect. Fast forward a few months later. As I was writing the new Kill Ritual record I would have material hanging around that didn’t quite fit the KR style or direction and that with some older ideas from the past I said to myself “Wow this really has an Imagika direction to the material”, so I ran a couple ideas past Norm and he gave it his spin and before we knew it we had an album composed and ready to go. After bringing in Jim, who’s been pushing for this for years in on bass along with a guest appearance by Matt Thompson (King Diamond) to play drums it sounded great. I’m a firm believer in always moving forward and never looking back, but I’ll have to eat my words on the “Never Again” and just say it was meant to be! The new songs are definitely Imagika in 2019 with tight riffs, concise arrangements; hook laden vocals and great grooves! I think our old and hopefully new fans will absolutely love this CD. We can’t wait for you all to hear it!”

One Machine – The Final Cull

After their debut album “The Distortion of Lies and the Overdriven Truth” this new one is launched rather fast. I was not that enthusiastic about the debut, especially the somewhat over the top singing and [Read »]