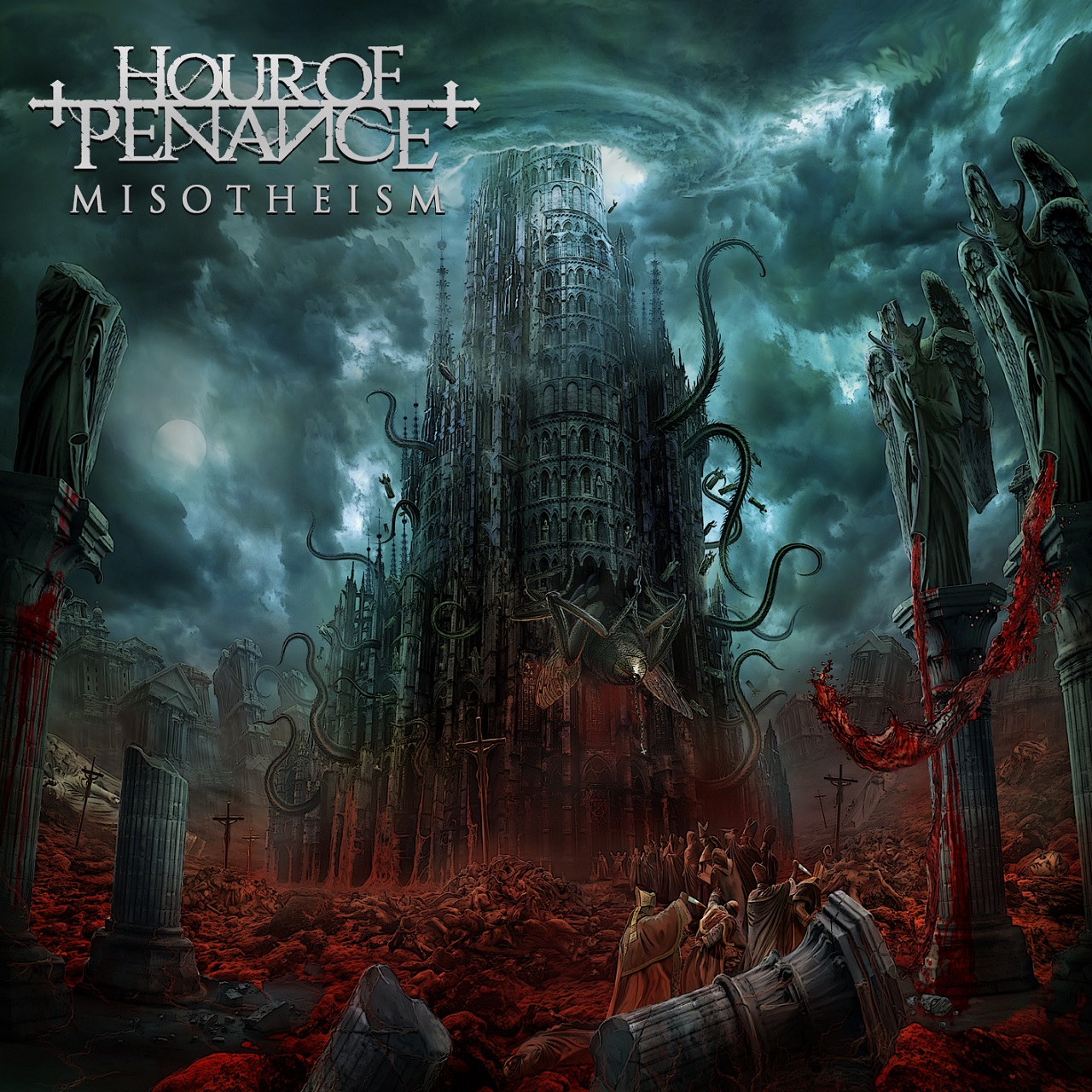 Set in motion in Rome, in 1999, HOUR OF PENANCE travelled a long way to find itself standing strong as one of the most intense, talented and striking death metal acts to emerge from Italy. At the same time, their eighth installment “Misotheism” cloaks the same verve and mindful perfection, that led to the band’s uprising in the first place. “Like we did with our past records, we’ve started working on this one with the same passion and focus as if we were about to record our very first album”, says the group. “We’ve never took anything for granted, not only by keeping in mind the standards our fans are expecting, but also pushing ourselves to try perfecting our sound”. Their excitement for death metal didn’t wash out their careful attitude towards tying up all loose ends, either: “We never thought that we would have come this far with our career, and while we didn’t feel any pressure writing this record, we definitely put some extra care this time. In fact, the album was recorded in three different studios and handled by three different sound engineers”.

What we receive in the end is far better than what some may have been craving for: “Misotheism” is a pitch-black and delightfully brutal death metal soundtrack to a collapsing universe. “It pushed Hour of Penance to a new level of creativity. We’re confident that you will enjoy the new album as much as we do”, adds the band.

“Misotheism” was worked on in three different locations. Drums were tracked at Bloom Recording Studio (Italy), where the band “took advantage of the huge recording rooms and endless choice of microphones”. On the other end, we have the Kick Recording Studio (Italy), where guitars, bass and vocals were recorded with Marco Mastrobuono, who also worked on “Regicide” (2014) and the last album, “Cast the First Stone” (2017). Finally, the band drove all the way to Poland, where the album was mixed and mastered at Hertz Studios (Behemoth, Vader, Decapitated). As the band reports: “Working with the Wiesławscy brothers was like putting the icing on the cake and thanks to their mastery we managed to achieve the perfect sound without making any compromises”.

The cover for the album was handled by a Hungarian artist, Gyula Havancsàk (Accept, Annihilator, Destruction, Ensiferum). “He perfectly captured the overall feel of the album”, comments the band. 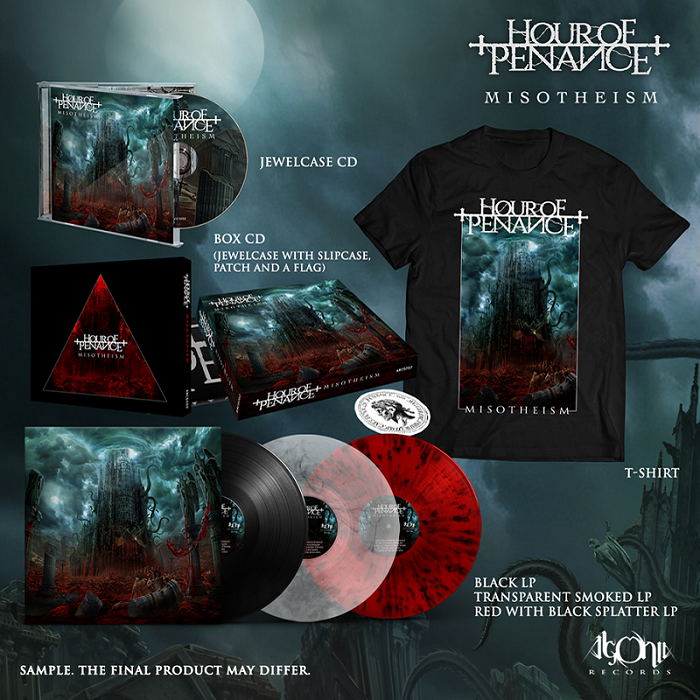 With seven albums to their name (first two with Xtreem Music, later two with Unique Leader Records and last three with Prosthetic Records) and a reputation of a venerated live act (with tours across North America, Europe and Australia in the company of Cannibal Corpse, Behemoth, Devildriver and Misery Index to name a few), Hour Of Pnenace is now on the verge of introducing their latest work, “Misotheism”, via Agonia Records, on October 25th. The band is planning to support their upcoming album on the road, having already played at Metal Days Festival 2019 in Slovenia, and looking forward to performing at the revered Eindhoven Metal Meeting 2019 in the Netherlands in December, alongside more shows yet to be announced.