HATE ETERNAL are now premiering the third crushing track taken from their forthcoming new album ‘Upon Desolate Sands’, which is slated for release on October 26th, 2018.

The death metal extremists are now streaming “All Hope Destroyed” via Kerrang! at the link below.

“All Hope Destroyed” is an anomaly on the new record. Controlled chaos yet unbridled insanity with a dramatic melodic ending. As the song builds into a frenzy it ends with a epic finale. It encapsulates so much of who Hate Eternal are musically, but also explores a bit of new territory never fully realized before. This song is a unique entity on the new Hate Eternal album and one I believe truly shines on ‘Upon Desolate Sands’.” 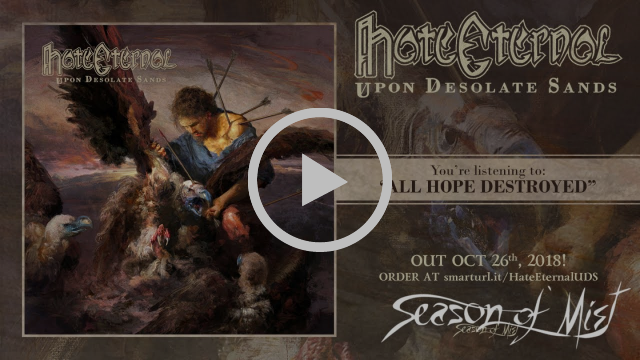 The spectacular artwork for ‘Upon Desolate Sands’ has been created by renowned artist Eliran Kantor (TESTAMENT, ATHEIST, ARCHSPIRE). Artwork and track-list can be viewed below. 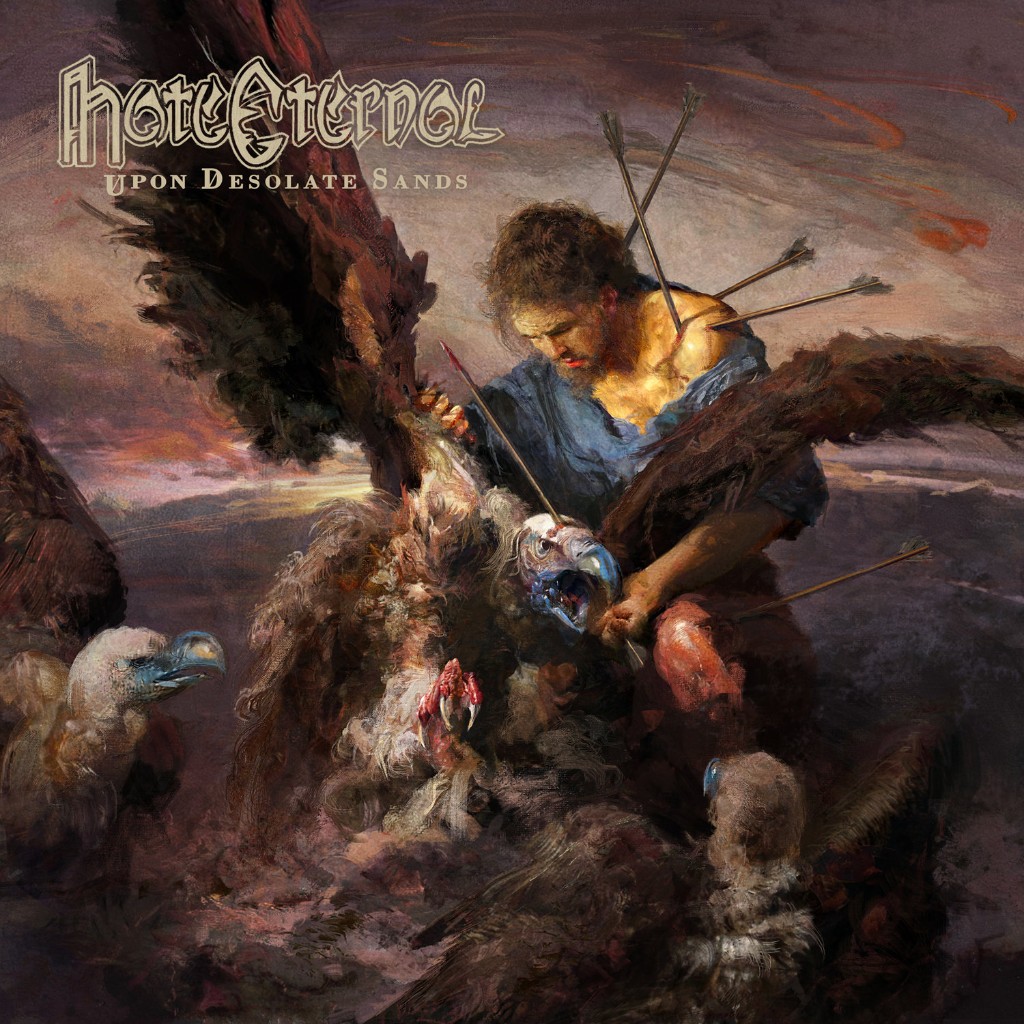 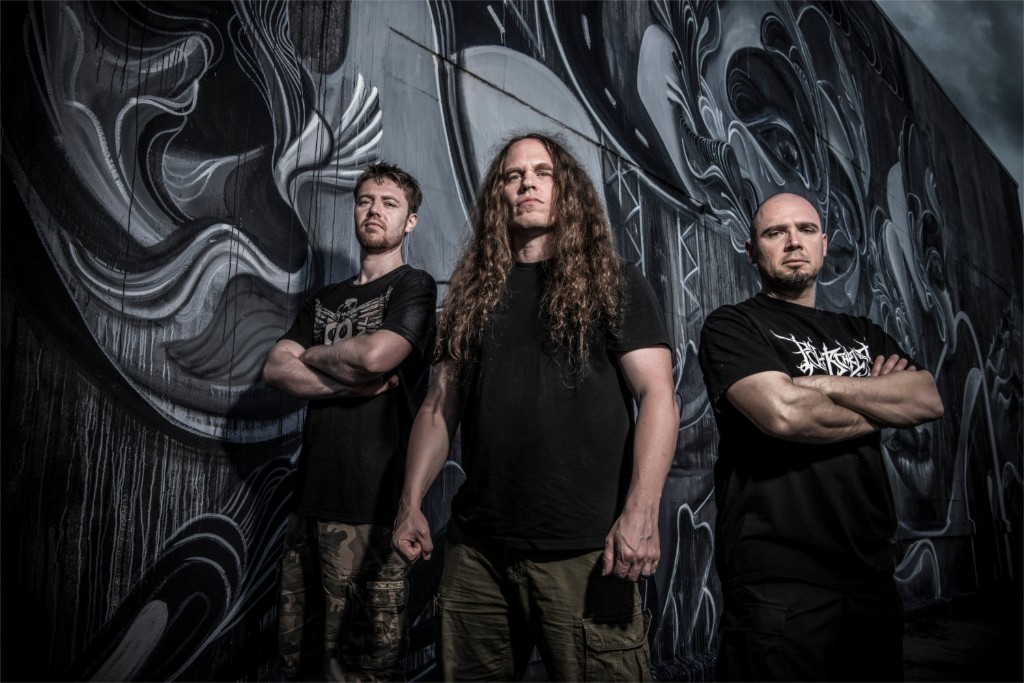 HATE ETERNAL faithfully keeps the death metal spirit alive as their long-awaited seventh studio album ‘Upon Desolate Sands’ now uncompromisingly demonstrates! Founded in St. Petersburg, Florida in the year 1997, HATE ETERNAL is the brainchild of extreme metal luminary Erik Rutan, who created a charging death metal juggernaut. In the United States this style has been virtually synonymous with Florida and especially the Tampa Bay Area for a long time. More aggressive and technically complex than its Swedish counterpart, Floridian death metal grew out of thrash during the mid-1980’s and was founded by such as the legendary DEATH, OBITUARY, and MORBID ANGEL. While many of its early protagonists went on experimental paths, HATE ETERNAL remains true to the original formula, while continuously pushing the boundaries of this extreme style. HATE ETERNAL’s new full-length doubles down on their patented, high-velocity assault of dizzying ferocity combined with wide-range dynamics, outstanding songwriting and skull-crushing brutality. HATE ETERNAL delivers extreme music at the highest level. There can be no doubt that ‘Upon Desolate Sands’ will be regarded by many as the best death metal record of 2018!

HATE ETERNAL┬áare now unleashing their forthcoming crushing album┬á’Infernus’ in full.┬áThe full-length has been scheduled for worldwide release on the 21st of August. The album stream┬á┬áis exclusively premiered via the official media partners┬ábelow.Metal Obsession (AU) Metal [Read »]

HATE ETERNAL are now streaming the second new track from their forthcoming album ‘Infernus’, which has been scheduled for release on the 21st of August worldwide. “The Stygian Deep” is exclusively premiered by Stereogum. The American death metal [Read »]