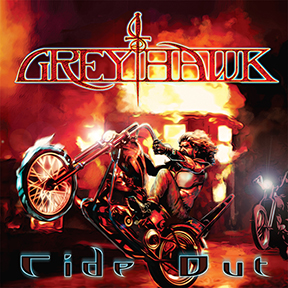 “…forged in [Classic Heavy Metal tradition, with the right vibe; they’re surely son of masters such as Judas Priest but they’re able to develop a deeply own style.”

Ride Out is available for streaming and digital download at greyhawkmetal.bandcamp.com.

The story of GREYHAWK begins in late 2016, when Jesse Berlin, a neoclassical shredder from New York, and Darin Wall, a proud rock warrior from the northern wastelands of Canada, joined forces in Seattle, Washington. Together they scoured the city for fellow warriors who were true enough to join their cause. After over a year of searching, reinforcements finally arrived in the form of Enrico Mariuzzo, another rock and roll shred demon all the way from Italy, and the booming operatic voice of Revere Taylor, who while dazzling audiences at Seattle Opera also yearned for heavy metal glory. The four gathered on the regular, crafting songs and planning their attack, and then finally the last piece of the puzzle arrived from across the Cascade Mountains in the form of the powerhouse drummer Nate Butler.  After many hours of blood and sweat, GREYHAWK entered the studio, employing the expertise of audio wizard Cody J Brumlow to forge their debut EP, Ride Out.  Now they set out to bring their brand of heavy metal to the unsuspecting masses…. 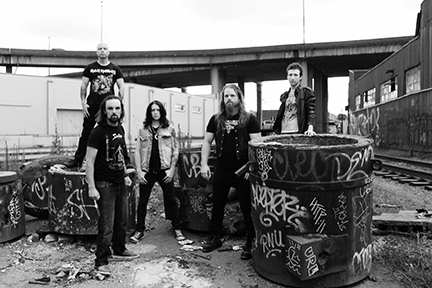