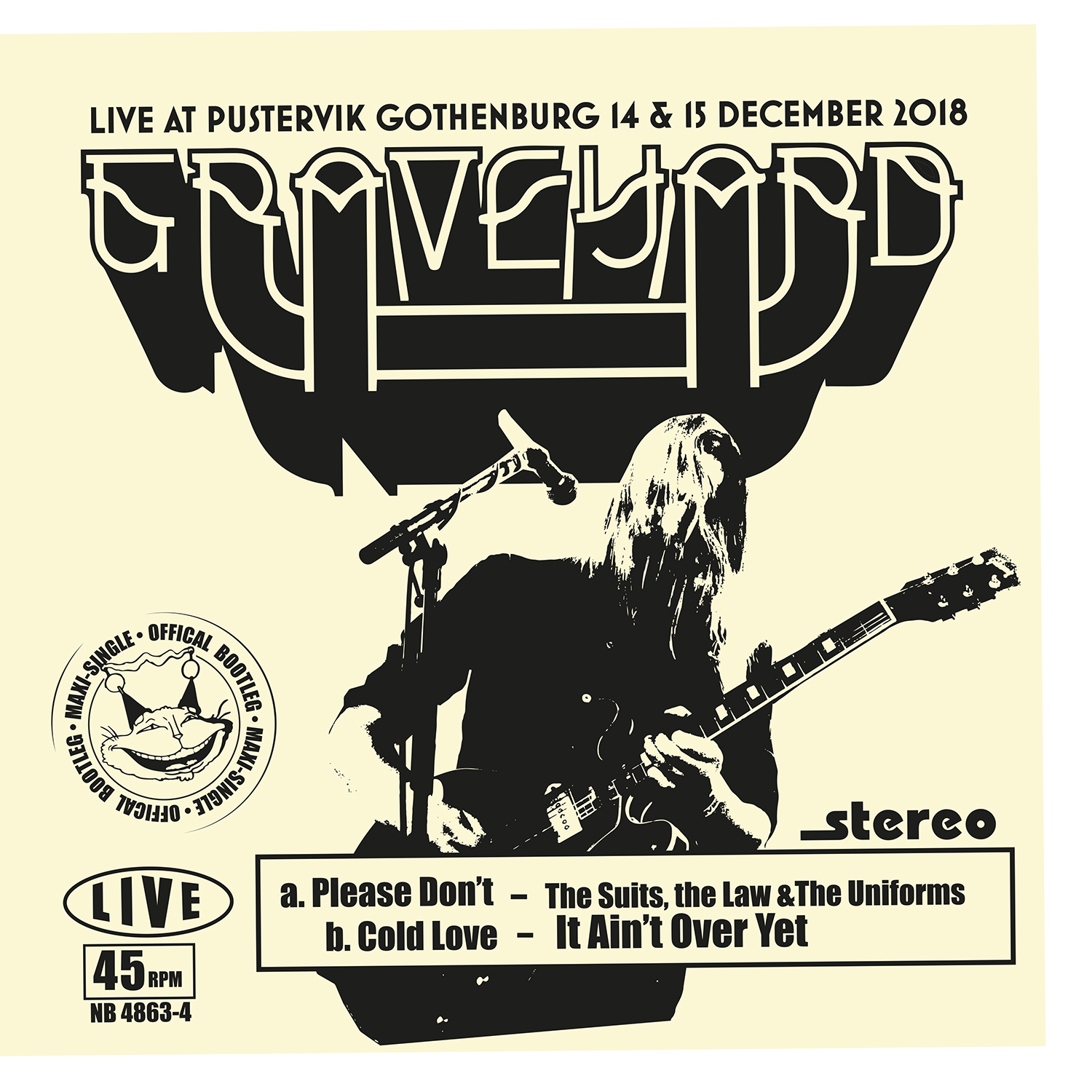 On April 12, the band will release the exclusive 12″ live EP »Live At Pustervik« which was recorded during the band’s gigs in Gothenburg on December 14 & 15, 2018 and capture the very essence of what night of elusive classic rock with GRAVEYARD is all about.

Produced by the John London Rönneklev, »Live At Pustervik« is “captured live in the band’s hometown, Gothenburg. At the peak of their powers and as free and furious as ever. This is the closest you’ll get to the real thing.

”The EP will be available on beautiful beige 12″ vinyl in every participating record store.

The accompanying merchandise will be available at the Nuclear Blast Mailorder. See images below.

The band will be on the road in Europe this summer as follows:

The band is still touring in support of their most recent, widely acclaimed album, »Peace«, which was released in almost one year ago and marked the first featuring new drummer, Oskar Bergenheim.